If you’re walking around the East Village, you’re likely standing on (or near) holy ground. To illustrate this, we’ve created a tour of current and former synagogues in the neighborhood. This incredibly rich, multi-layered community was home to some remarkably beautiful houses of worship with stained glass, turrets, and more still visible. While many of these Jewish spaces are now churches or residences, the holiness remains. To explore some of these sites, and in celebration of Jewish Heritage Month, we’re sharing this Synagogues Guided Tour on our East Village Building Blocks website — see it here, and read on for a selection of synagogues of all types and origins: German and Hungarian; tenement; current and former. The tour is full of many surprising sites you might have never guessed once functioned as synagogues, including a Federal house that was also a music hall, a transitional housing facility, and an art gallery dedicated to celebrating and presenting African American artists and other artists of color. 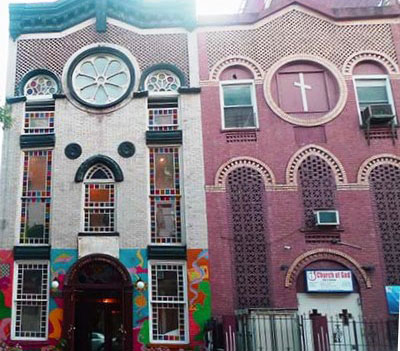 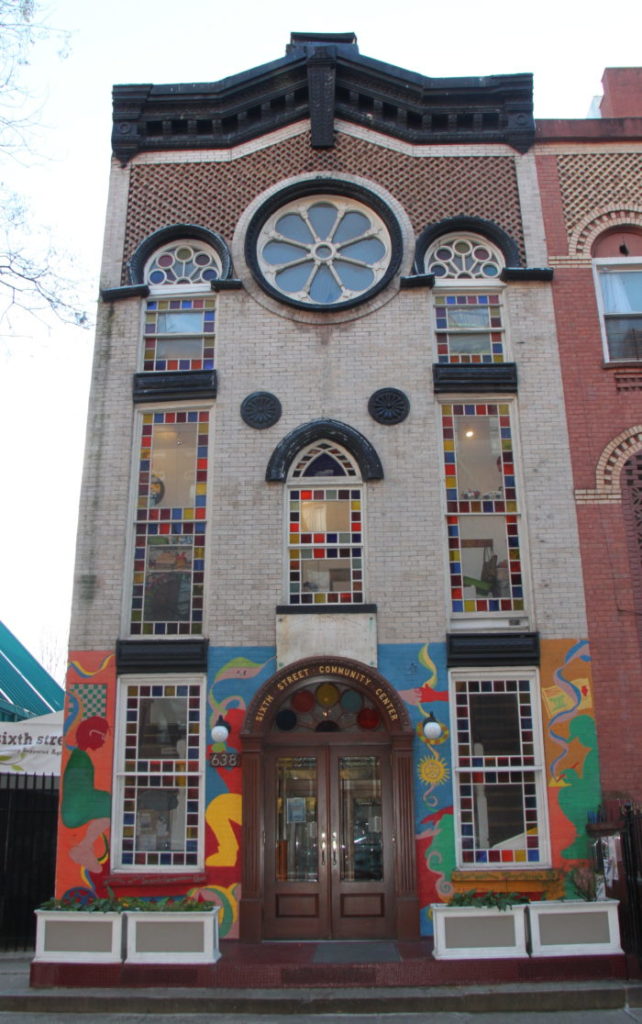 Built in 1846, this building was originally constructed as a house.  Beautifully designed, the facade has double hung windows with small square panels, arched windows, and a central rose window.  Along with the red-and-grey brick pattern on the top floor, the arches, and decorative egg and dart molding further enliven the facade. An 1853 historic map shows a brick dwelling at this location.  Records indicate the building was a store, a warehouse, and an office. Later, the building was converted into a synagogue for the Congregation Ahawath Yeshurun Shara Torah. In 1900, in addition to other renovations, ritual baths were built in the basement. The building was used as a synagogue until the 1970’s when the 6th Street Block Association (now the 6th Street Community Center) began to use the building. Some architectural features pointing to its past have been retained, including a Hebrew Inscription plaque over the entry door.

The lower level exterior is now painted with a very festive mural, which continues inside. Peek in for more murals of community activists painted along the first-floor area, which is still lined with memorial engravings from when the building was a synagogue. The Sixth Street Community Center now is home to yoga classes and community events, a cafe, a CSA, and much more. 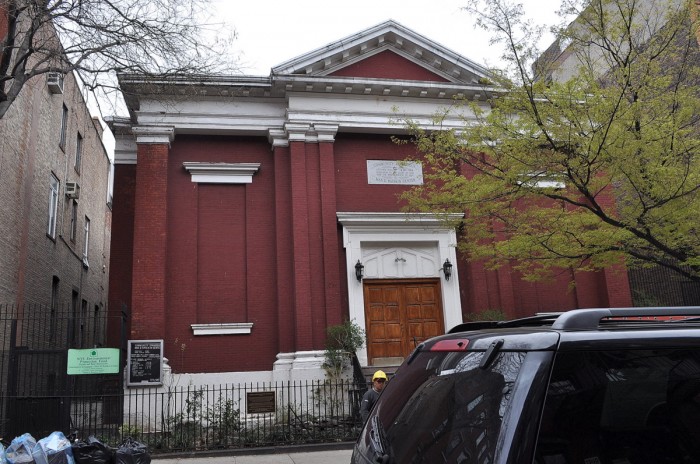 Built in 1847, this free-standing synagogue was originally the German St. Matthew’s Evangelical Lutheran Church, and then later St. Mark’s Evangelical Lutheran Church. The church was originally constructed to serve the growing German population of what was known as Kleindeutchland in the 19th century. It is one of the earliest Renaissance Revival churches in New York. In June of 1904, it was this church which organized the picnic which we now know of as the General Slocum tragedy, which resulted in the loss of nearly 1,300 people, mostly wives and children of German immigrant workingmen. The church continued to serve parishioners until the building was transferred to its current owner, the Community Synagogue Center, a Jewish Orthodox congregation, in 1940. It is listed on the State and National Register of Historic Places. 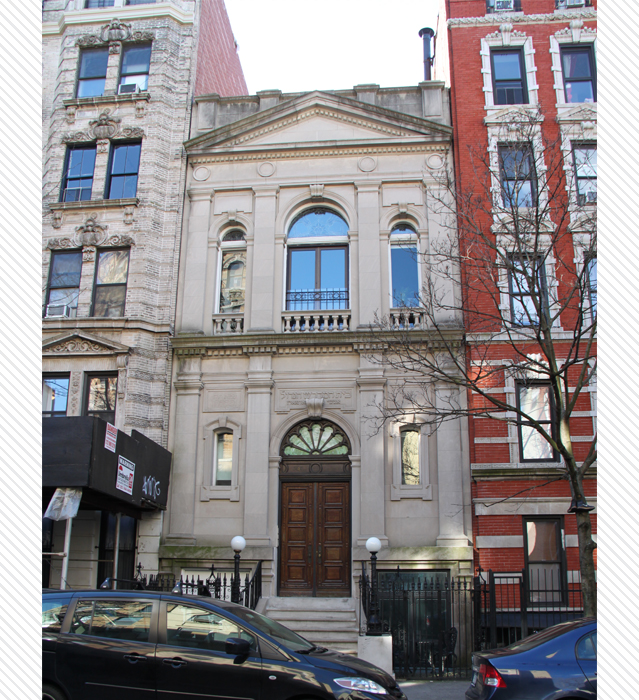 This landmarked building was constructed in 1908 by architects Gross & Kleinberger, who were tenement architects. It was opened by the Hungarian Congregation of Beth Hamedrash Hagadol Anshe Ungarn, which means “Great House of Study of the People of Hungary.” This was built to serve Hungarian Jewish immigrants living in the Lower East Side. The congregation left this building in 1975, and in 1985 it was converted to apartments. The Landmarks Preservation Commission granted this building landmark status in March of 2008. 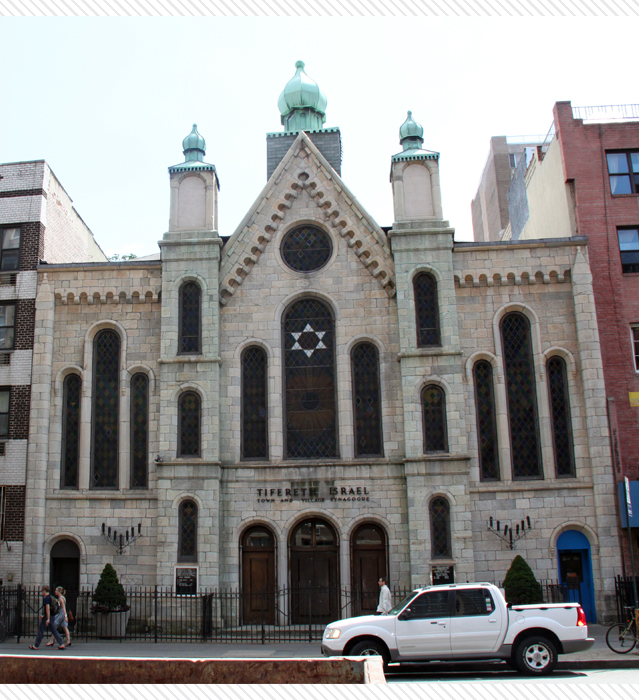 I’ve been in this building, an absolutely beautiful functioning, robust synagogue and community. The Romanesque Revival/Rundbogenstil style building was originally The First German Baptist Church. Built in 1869-70 by architect Julius Boekell, the church marked the northern boundary of Kleindeutschland, the thriving mid-19th-century German community. Julius Boekell was a talented and prolific designer who worked almost exclusively for German clients within the German enclaves of New York; this building is his only known church design. Later, the building became the Ukrainian Autocephaic Orthodox Church of St. Volodymyr. Congregation Tifereth Israel, Town and Village Synagogue, was founded in 1949 and they moved into the building in 1962. The building was designated a New York City Landmark in 2014.