Read blog posts about each of our 2019 Village Awardees.

Santo and Margaret Mollica told our friends at Manhattan Sideways the unusual origin story of their small business, The Source, which reflects much about why it is anything but your average local business. It involved a psychedelic church, the fire department, and a case of mistaken identity.

Santo and Margaret had been living in the East Village since 1979, making a living doing various odd jobs around the neighborhood. Once working hours were over, the couple hosted concerts, magic shows, and a variety of gatherings in their apartment. One evening, firemen showed up at their door. Neighbors had called to complain about a raucous church nearby, but the FDNY went to Santo and Margaret’s by mistake.  It turned out, however, that using one’s apartment as a performance space technically violated city code. This was the wake-up call which made them realize it was time to take make things a little more official.  And thus The Source was born. 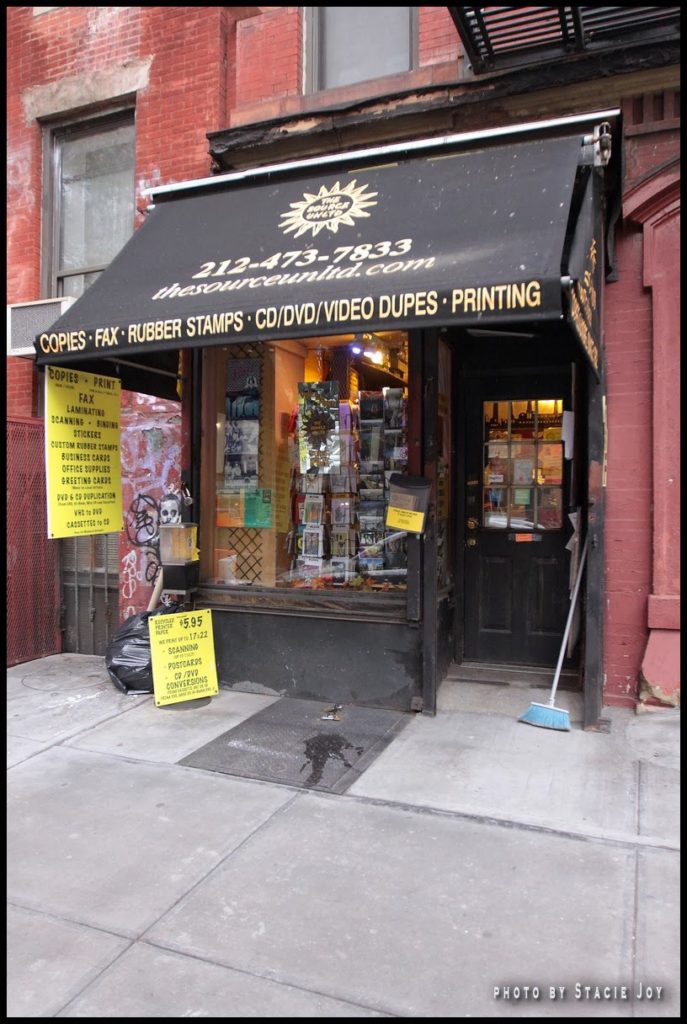 The Source was opened by Santo and Margaret in 1982. From a single brick and mortar location, they began doing many of the odd jobs the couple had done around the neighborhood. From its early days, their business “took on a life of its own.” Santo had been doing layouts for his friends in the arts and music world and taking them elsewhere to be printed. He then began to specialize in printing and copying at the Source, something almost unheard of at the time. Santo describes the evolution of The Source over the decades in a humble way, but it took a lot of ingenuity to keep up with the changing landscape of the East Village and the rapid pace of technology. Santo and Margaret learned, over the years, to convert VHS tapes to DVDs and cassettes to CDs. Today they’ve adapted to the online market, printing stickers and business cards, creating custom hardwood stamps, scanning, binding, laminating, and selling everything from batteries to sidewalk chalk. 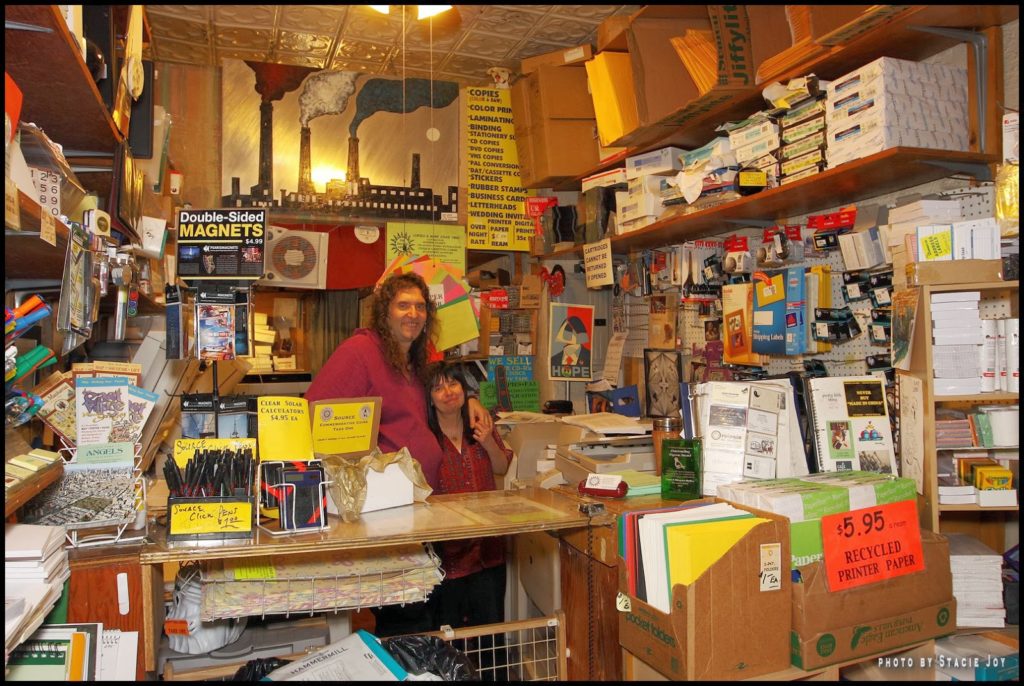 The Source is an ever-changing space, adapting, adding new things based on the needs of the community. Santo said, “it’s really about the people, not the things.”

Now, Margaret and Santo mentor other retailers who are new, meeting customers from all walks of life. The Mollicas have also been running a food drive in their store for over twenty years. “Sometimes people come in and give, other times they take,” says Santo. 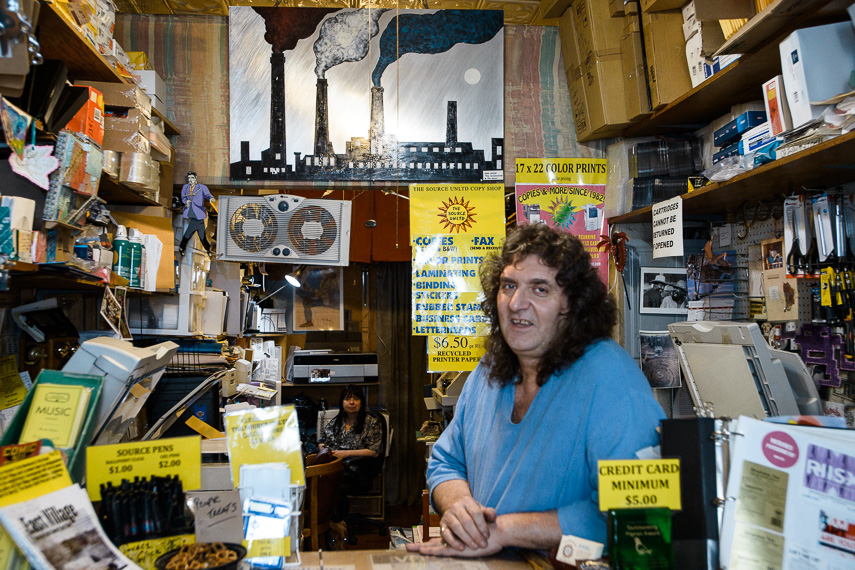 When we asked the couple, in early 2018, if they ever thought about retirement, even their dog Curtis looked amused. “Retirement? I don’t know what that means,” Margaret replied. Smiling, Santo added that those who work for bureaucracies or corporations can often pack up one day and stop going to work, but, “we work for ourselves. We love it. And we have to keep it up to survive. The neighborhood is always evolving, but we can’t think of a place we’d rather be.” 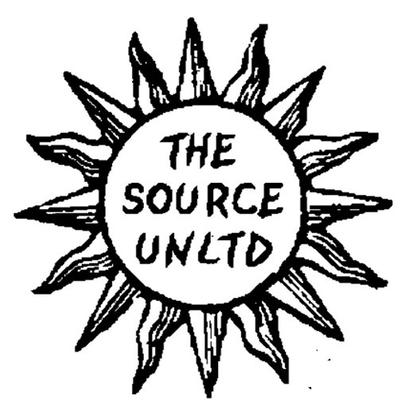 The Source Unltd has been the source for help and assistance of all kinds imaginable to East Village residents and businesses — a Jack (and Jill) of all trades operating out of a tiny storefront on East 9th Street for nearly forty years.

Join us on June 12, 2019, at 6:30 pm to honor The Bitter End and our other Awardees at our 29th Annual Village Awards Ceremony. Click here to RSVP.

And click here to read more about this year’s Village Awards and Awardees.

One response to “The Source Unltd, 2019 Village Awardee”