On June 12th, 2019 we will be celebrating seven outstanding awardees at our Annual Village Awards — RSVP here. Read blog posts about each of our 2019 Village Awardees here.

The Brant Foundation and Gluckman Tang Architects will receive a Village Award on June 12th for meticulously and thoughtfully renovating a historic building, and bringing a new public arts-oriented purpose to the neighborhood. The Brant Foundation opened in March 2019 at 421 East 6th Street, located between Avenue A and 1st Avenue, in a building originally designed by William H. Whitehill as a substation for Consolidated Edison in 1919-20. 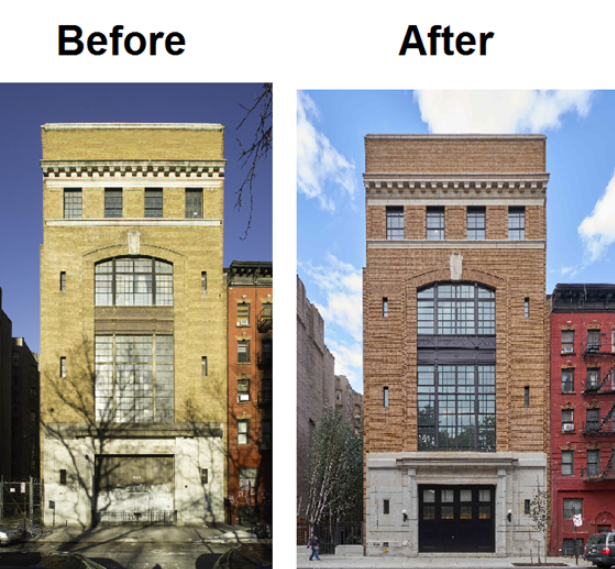 The building was converted to a multi-use commercial structure in 1963 and subsequently served as the home and studio of famed artist Walter De Maria from the 1980s until his death in 2013. In August, 2014, The Brant Foundation purchased the building.

Richard Gluckman of Gluckman Tang Architects renovated the former substation to create a 16,000-square-foot space that features 7,000 square feet of exhibition space arrayed across four floors. The new space includes two new gardens adjacent to the structure converted from a rear driveway and side alley, and a landscaped roof terrace. Many of the historic features including the landmarked north façade, steel and wire-glass interior stair, manually operated 50-ton gantry, and historic brick were retained and restored.

Gluckman Tang did extensive renovations on both the exterior and interior of the building including the restoration and repair of the brick facade, replacing the windows, and adding a new roof terrace and glass skylight. A concrete ramp and unsightly fence in the side yard were demolished to make way for a garden, and the building was upgraded for increased accessibility. 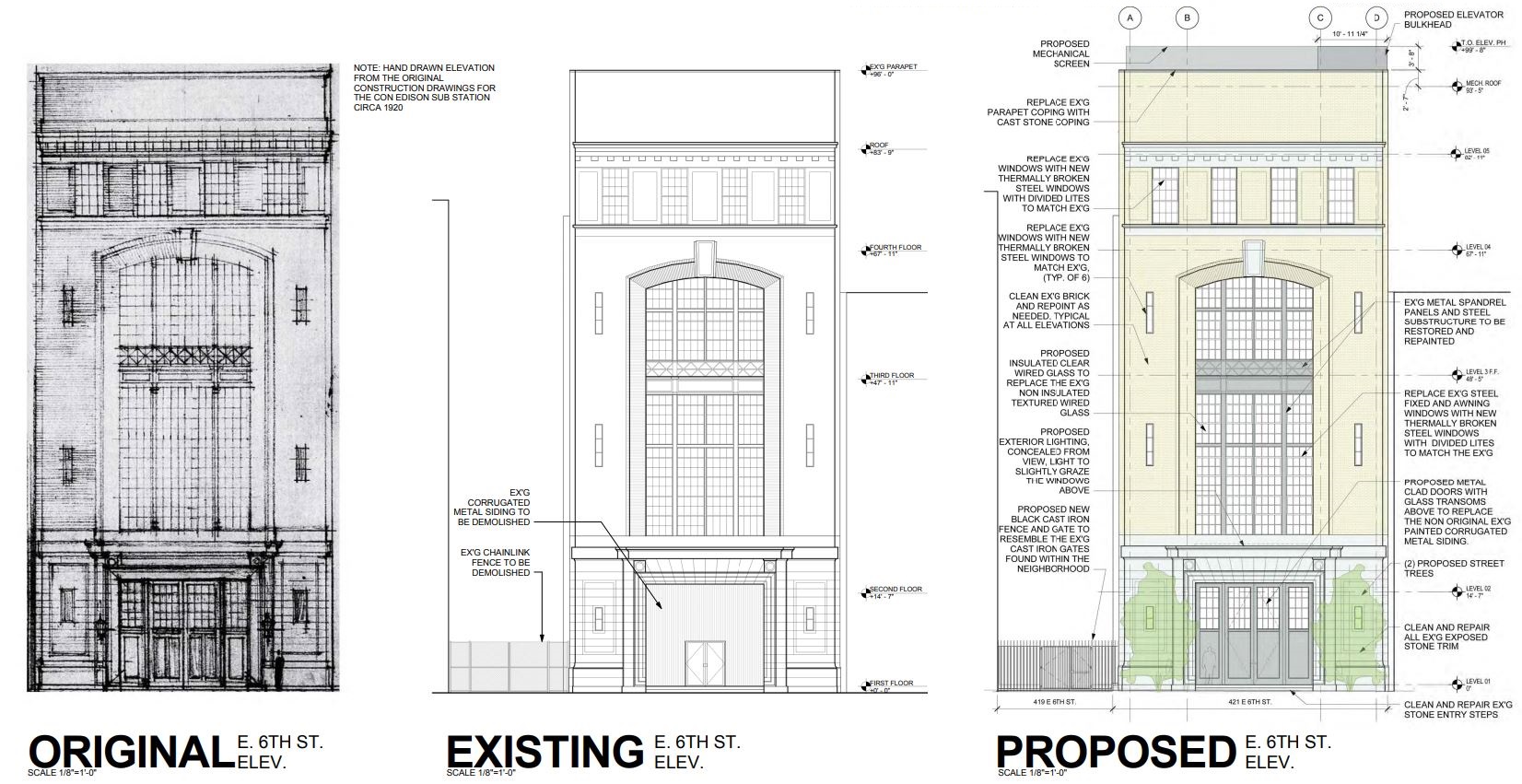 The renovated building is a welcome addition to the East Village. Its inaugural exhibit featured the works of Jean-Michel Basquiat and drew thousands of people to the neighborhood. Curated by Brant Foundation founder Peter M. Brant and Dr. Dieter Buchhart, the exhibition brought together Basquiat’s most important masterworks from the Brant Collections as well as from international museums and private collections. Dr. Buchhart said, “The retrospective will show Basquiat as a resolutely contemporary artist who created a foretaste of our Internet society by using cut-and-paste sampling from his surroundings.  With the astonishing radicalness of his artistic practice, Basquiat renewed the concept of art with enduring impact.” Peter Brant has been collecting Basquiats since the 1980s and stated: “Basquiat has been a cornerstone of the East Village art scene for decades….and to bring his work back to the neighborhood that inspired it is a great privilege.”

Click here to see the LPC application for work on the property. Click here to read about Basquiat and his 1980s East Village Art Scene.

And don’t forget to join us to honor the Brant Foundation and Gluckman Tang Architects and six other incredible awardees on June 12th for our Annual Meeting and Village Awards — RSVP here.