There is one site which tells us as much about the evolution of the neighborhood as pretty much anything could: From patrician mansion to Hungarian restaurant and café to modern apartment house with a kosher delicatessen in its ground floor — to the deli losing its lease in a hot real-estate market and being replaced by a bank branch — 156 Second Avenue is practically the neighborhood in a nutshell. 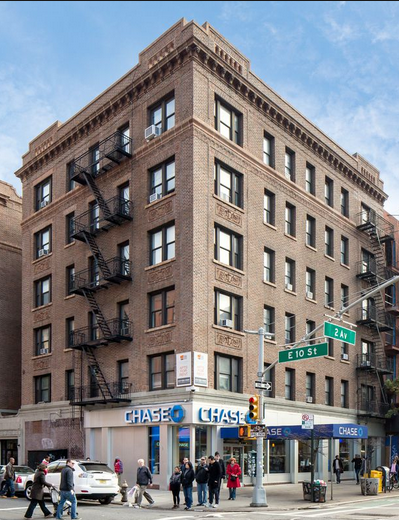 Designed by Neville & Bagge and built in 1915, it was possibly the finest multiple dwelling that had been built in the neighborhood up to that time. In this building from 1954 to 2006 was the Second Avenue Deli, a famous kosher delicatessen founded by a Ukrainian immigrant named Abe Lebewohl. When Lebewohl was shot and killed in a robbery in 1996, the Times’s Richard F. Shepard wrote, “Mr. Lebewohl was a significant performer in what might be the last Jewish stage setting for Second Avenue, the thoroughfare for which his delicatessen was named, but which had been known to earlier generations as the Yiddish Broadway or, more irreverently, Knish Alley.” 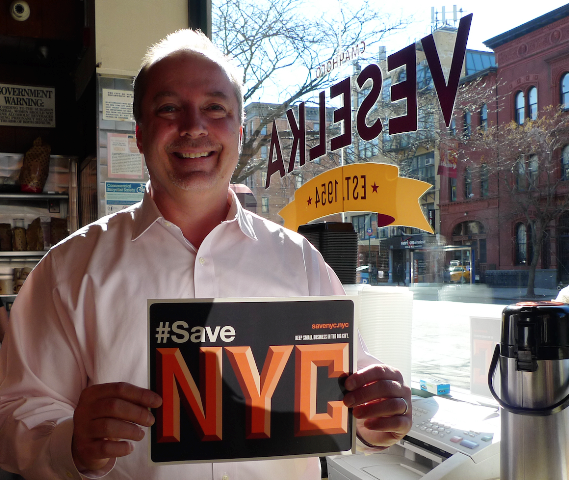 Veselka was established in 1954 by Ukrainian immigrants and continues to thrive today under the stewardship of Tom Birchard and his family. Tom is the son-in-law of Veselka’s original owner, who in 1954 bought a candy shop from a retiring Italian couple. It became a destination for the growing Ukrainian population, serving them with homemade traditional Eastern European dishes and other items and news from the old country. Tom took over in 1974 and has successfully grown the business over these many years.

Here’s a snippet from Tom’s oral history, talking about how Veselka has changed:

Back in those days, there was no American menu, if you were English speaking. Veselka, especially when it came to the food, it was really intimidating to come, virtually impossible to come in and order something and get your food delivered to you accurately. I came in [19]66; the place had been there for twelve years before I got there, but even when I arrived in ‘66 there was really no written menu. There was a thing up on the wall…

Veselka is among the favorite places to eat and gather for multitudes of New Yorkers, and it is open 24 hours a day, which attracts the VERY late night crowds! 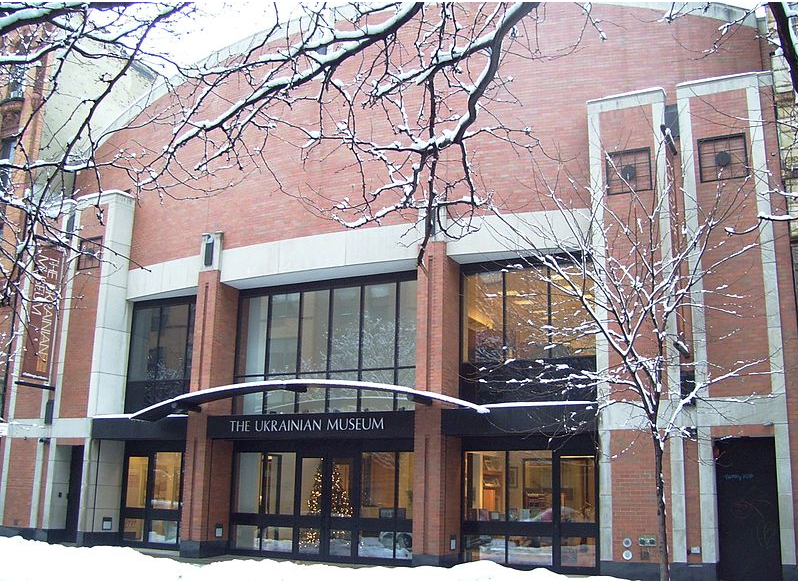 Founded in 1976 by the Ukrainian National Women’s League of America, The Ukrainian Museum is the largest museum in the U.S. committed to acquiring, preserving, exhibiting, and interpreting articles of artistic or historic significance to the rich cultural heritage of Ukrainians. The museum’s unparalleled array of folk art, exceptional collection of fine art, and extensive compendium of archival materials make it one of the most unique and dynamic museums in New York City, with broad appeal for diverse audiences. Each year, the Museum organizes several exhibitions, publishes accompanying bilingual catalogs, and conducts a wide range of public programming, frequently in collaboration with other museums, educational institutions, and cultural centers.

In 2005 the Museum moved into a new, state-of-the-art facility in the heart of Manhattan’s vibrant East Village. The building was designed by Ukrainian American architect George Sawicki of Sawicki Tarella Architecture + Design in New York City. It was funded by scores of generous donations made principally by the Ukrainian American community.

The Museum’s new home, which includes spacious galleries and facilities for public programming, as well as the home for the Ukrainian National Women’s League of America, allows it to mount more elaborate exhibitions, to accommodate more visitors, and to preserve and showcase its growing collections.

Want to explore more about Little Ukraine?  Check out the full tour here, which includes many more DELICIOUS food establishments, houses of worship, and cultural institutions.