Now that school is back in session and summer weather is having its last hurrahs, we’re all either living by the bell or remembering the days when we did.  So many schools in our neighborhoods have come and gone over the decades, while others have stuck around. While all these schools served the function of educating young people, many also delight passersby with their architecture.  So while there are many beautiful schools out there, this post is dedicated to the forgotten ones that went out of session and never went back in — school buildings that remain, but have been put to new and different uses. 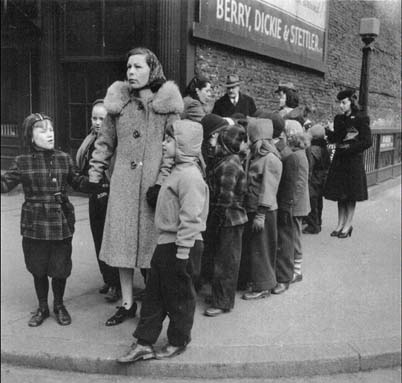 Here are just a few:

Built in 1893, this former school (previously known as P.S. 122, as in Public School 122) is one of many in New York designed by Charles B.J. Snyder. Snyder was known for his innovative H-shaped school designs, and although this one falls among the more standard shaped buildings, the architecture still has that classic Jacobean Early-Gothic style. Snyder was the Superintendent for New York City School Buildings for 31 years starting in 1891, so P.S. 122 was designed early in his career.

The school closed during the mid-1970s fiscal crisis, and in the years after that artists moved in to use the offices and classrooms as studios and community workshop spaces. The Department of Cultural Affairs bought the building from the Board of Education in 1980 and started renting it out to P.S. 122 Community Center, whose ‘P.S.’ cleverly stood for Performance Space. The organization staged its first performance, As the Burger Broils by Robin Epstein and Dorothy Cantwell, in October 1980. Now branded as Performance Space New York, they are still providing space and innovative arts programming to artists of all kinds and the community at large.

More info about the building can be found in our East Village Building Blocks page.

Another Charles B.J. Snyder masterpiece, P.S. 105 was built in 1896 and boasts a beautiful classically-inspired exterior. It served as a public school until 1963 when it was abandoned. Shortly thereafter, the space was renovated into a community house, and an organization called Mobilization for Youth used the space for technical job training.

Since 1991, the building has been operated by the George Daly House, a non-profit organization that offers transitional housing for homeless individuals.

Heading west to Greenwich Village, we find 27 Christopher Street. This building has a very complicated past, with a diversity of owners and uses, one of which was as a school. The building was built in 1911 by Joseph Duke Harrison for the Switzer Institute and Home as a home and school for young working women struggling to survive in the city. The Institute was named for Margaret and Sarah Switzer, Irish immigrants who succeeded through working their way up in the fashion world.

After this, the building served as the home to the St Joseph’s School and Hall in 1932, then a nursing school for St Vincent’s Hospital, and after that, the Fontana Center for Child Protection. The Greenwich Village Historic District designation report notes that the Italianate style building “presents an unusually attractive appearance.”

Many former school buildings end up being used for other types of social services. However, this building was purchased by a private buyer for $45 million to be turned into a mansion. The previous owner paid just $3 million for it in 2002, but will reportedly use the profits from the sale to fund programs for other kids transitioning out of foster care.

The famous LGBT center also has its roots as an institution of education. Built in stages in 1869 and 1899, this magnificent Italianate structure used to be the home of The Food and Maritime Trades Vocational High School, or P.S. 16, as it was known at the time of the Greenwich Village Historic District designation report’s publication in 1969. When it first opened, the school only had 20 teachers, although, by 1899, it had expanded greatly and added more space from an adjacent lot.

Even before the current building was constructed, another school stood on the lot, constructed in the Greek Revival style 1843. The LGBT Center moved there in 1983 and has been a centerpiece of the LGBT movement ever since.

The LGBT Center was, just this past June, 2019, designated as a historic landmark. Read the designation report here.

With all these former schools gracing out streets with such rich histories of public service, community building, and the arts, we can appreciate both their architecture and their various adaptive reuses.