Every year millions of tourists make their way to New York City. While many of them may bypass the Village to flock to Times Square or the Statue of Liberty for a photo, there are many spots here that have gained popularity as a top spot to Instagram. 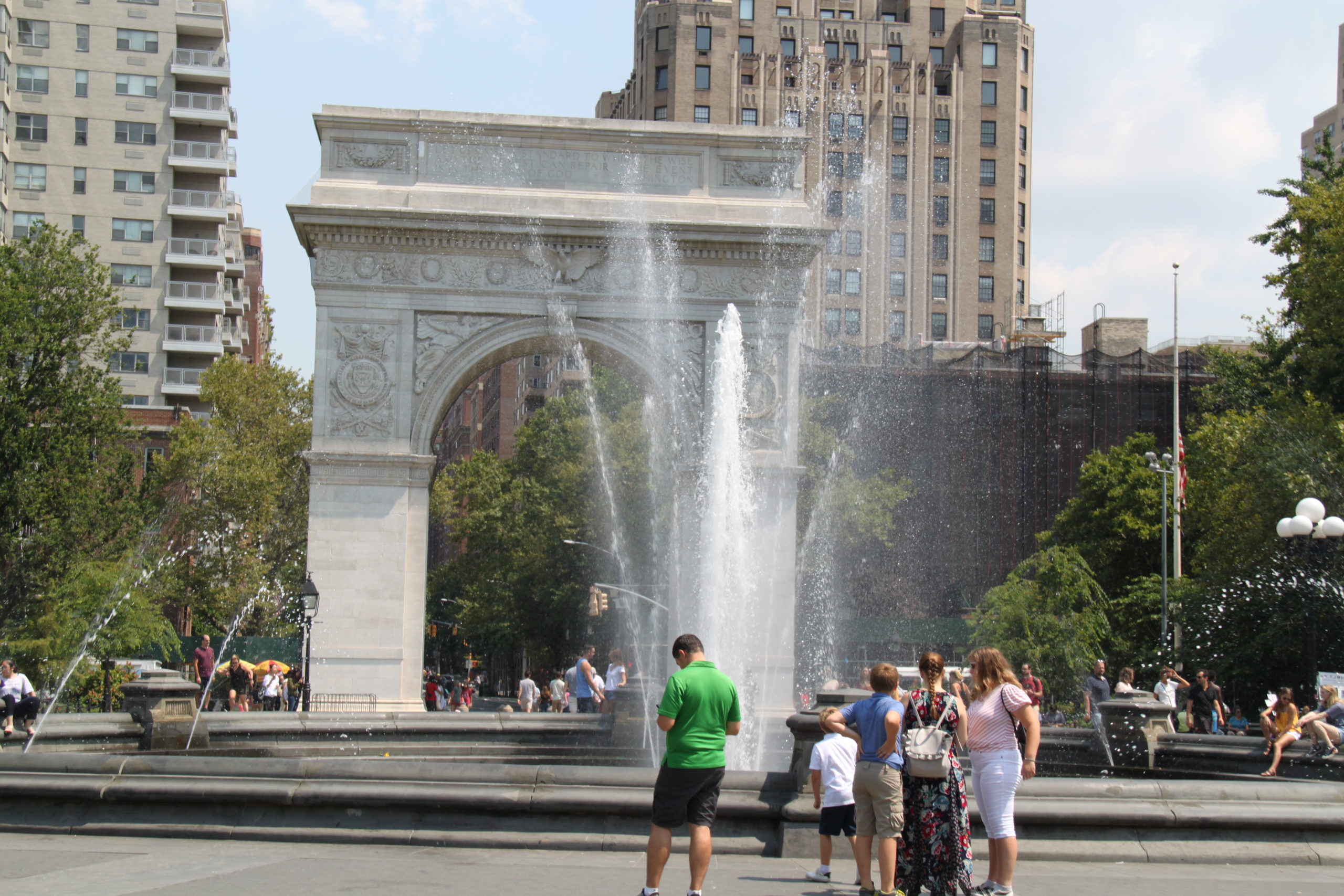 Many of the popular spots draw tourists with their pleasing aesthetics.  But often these traveling shutterbugs know little about the vast amount of history behind the sites.  So for our many visitors, today we provide some history of some of the spots they use as backdrop for their social media feeds. 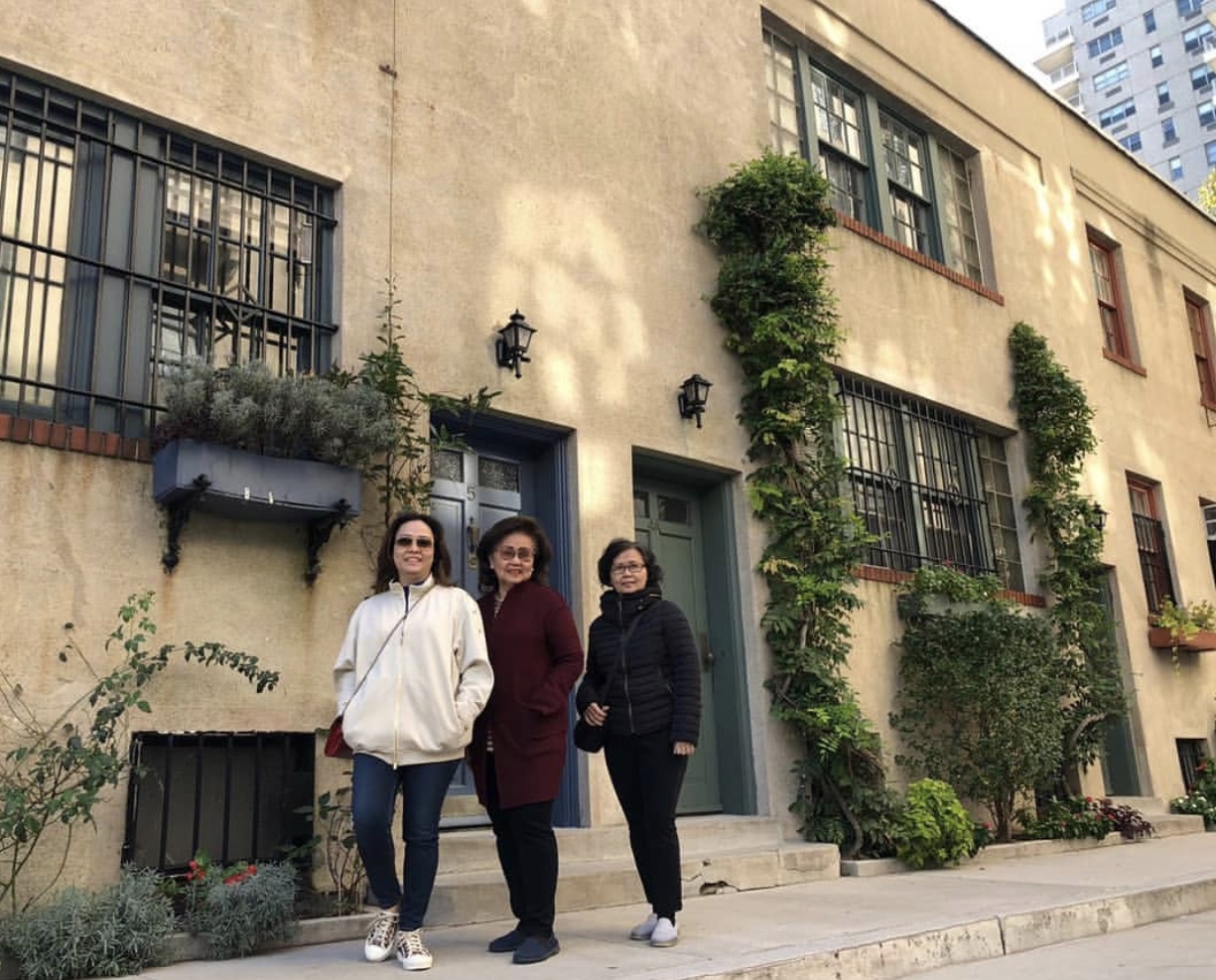 There are not many streets in New York with the word “mews” in their name. What exactly is the meaning behind the name?  This indicates that a majority of the buildings were originally developed as horse stables for nearby townhouses. These stables are a nod to the past when horses played a pivotal role in transportation around the city, from passenger carriages to delivery trucks and trolleys. This charming cobblestone street of houses now draws in many tourists and NYU students alike. The tourists come to take a nice photo on the picturesque street while NYU students come to take classes as the mews are now part of New York University’s campus.

According to the 1969 Greenwich Village Historic District designation report, “the rows of low-lying two-story houses at Washington Mews give the impression of a charming urban village, maintained with pride and care and enjoying an usual amount of light and air, and isolation from city traffic.  There is a cobbled street and a gate at the west end.  The name “Mews” indicates that most of the cottages were stables, and this origin is readily discernible on the north side. However, the south side, near Fifth Avenue, was built in the Twentieth Century as a row of ten dwellings of uniformly low height, thus conforming to the spirit of the block. These replaced the unusually deep rear gardens and extensions of the
Washington Square houses.” 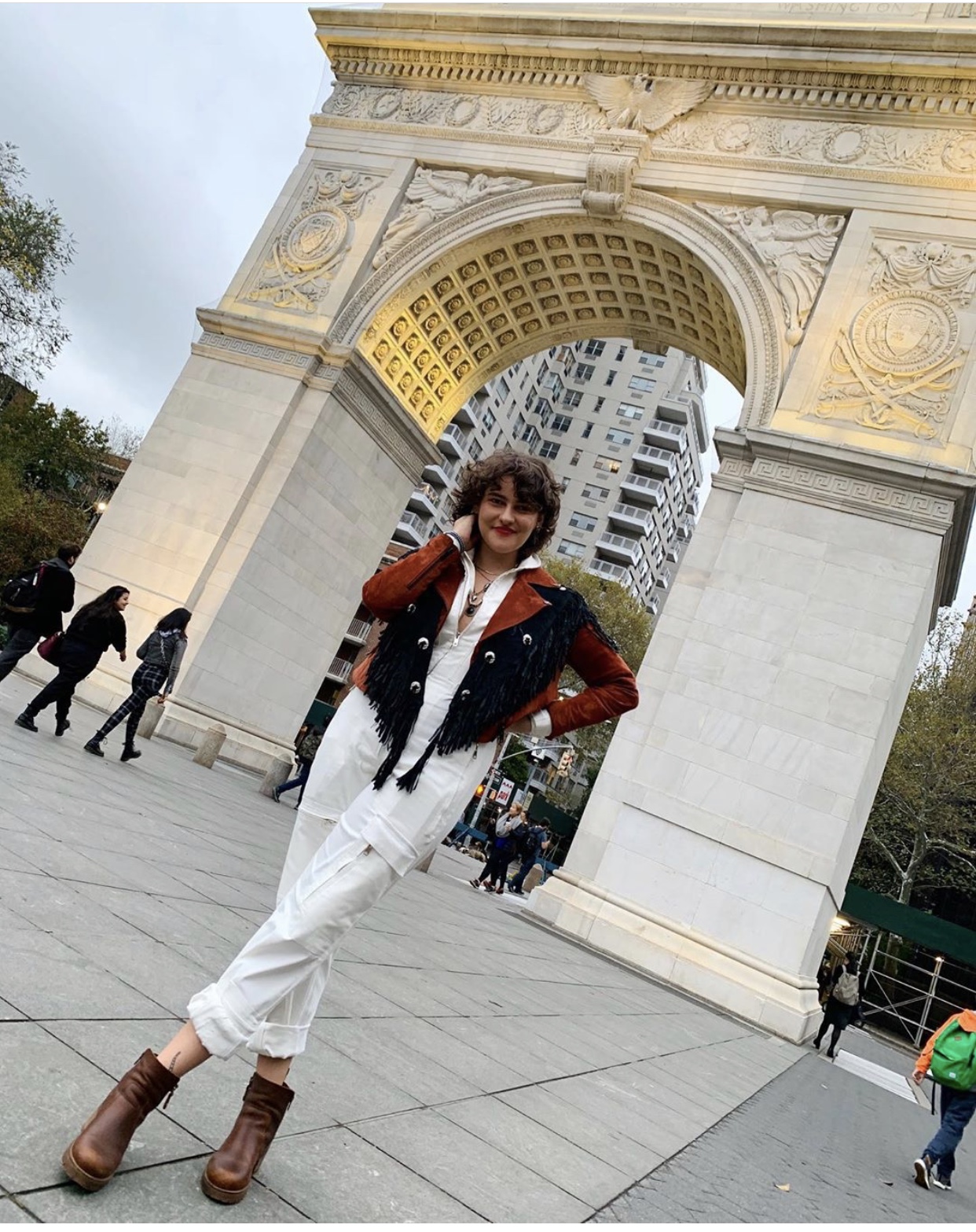 Washington Square Park is home of the eponymous arch, the fountain, street performers, and so much more. The park prides itself as being the “The Handsomest Square in the City.” It is no surprise that it brings in more traffic per square foot than any other park in New York. The park has a long and colorful history of riots, rebellions, and political protests.

Many may not know that Washington Square Park once had cars running through it. The Greenwich Village community rallied for years to remove traffic from the park and finally won against Robert Moses’ plan to build a highway through the park. The “Last Car Through the Arch” is one of many historic photos we have of Washington Square in our on-line historic image archive.  Many photos of the park both before and after cars were removed can be found here. 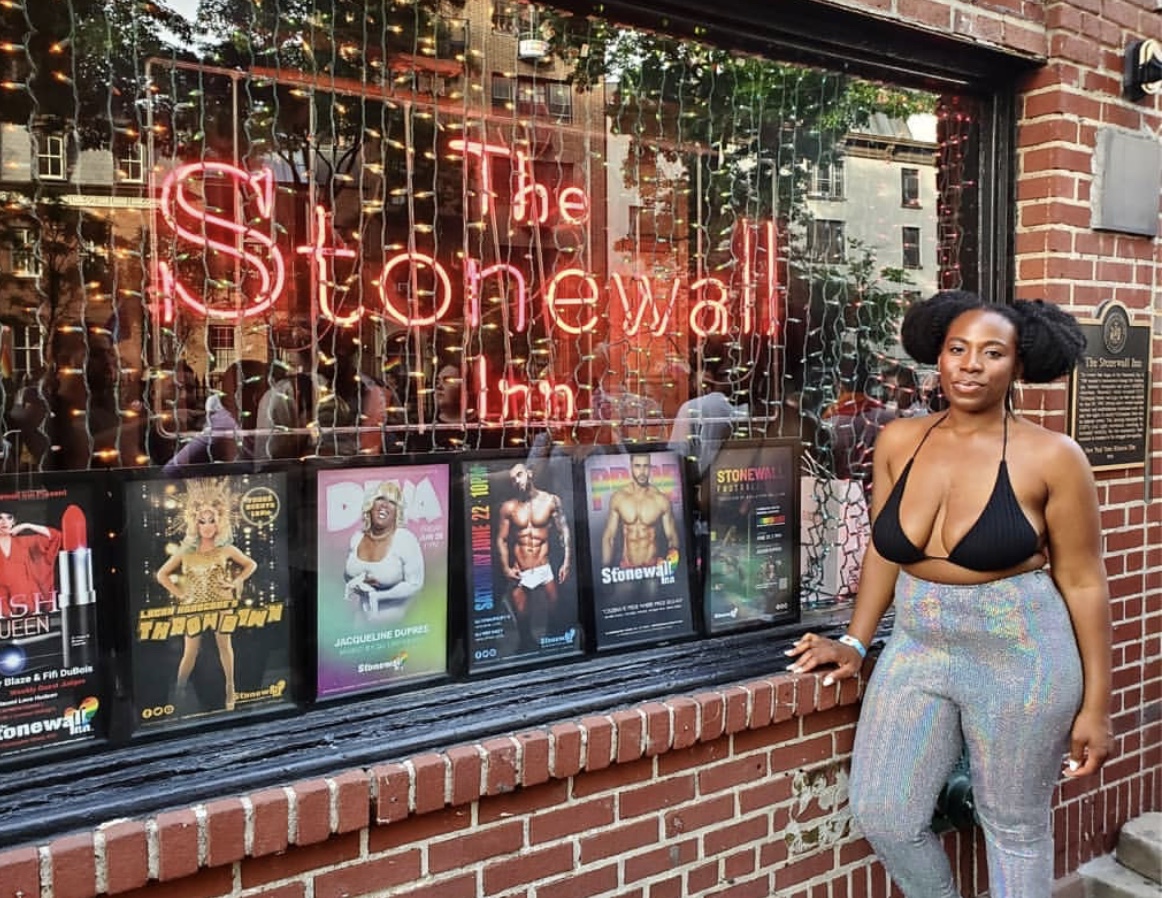 Stonewall happens to be one of the few places where tourists come to take a picture due to the history of the establishment. Many know the story behind Stonewall riots. On the evening of June 28th, 1969, the police raided the Stonewall Inn, one of many frequent police raids on bars that served gay patrons during this period, but this time the bar’s patrons fought back. This instance is popularly known as jumpstarting the movement towards gaining LGBT rights.

For more information on the Stonewall National Monument, click here, here, and here. 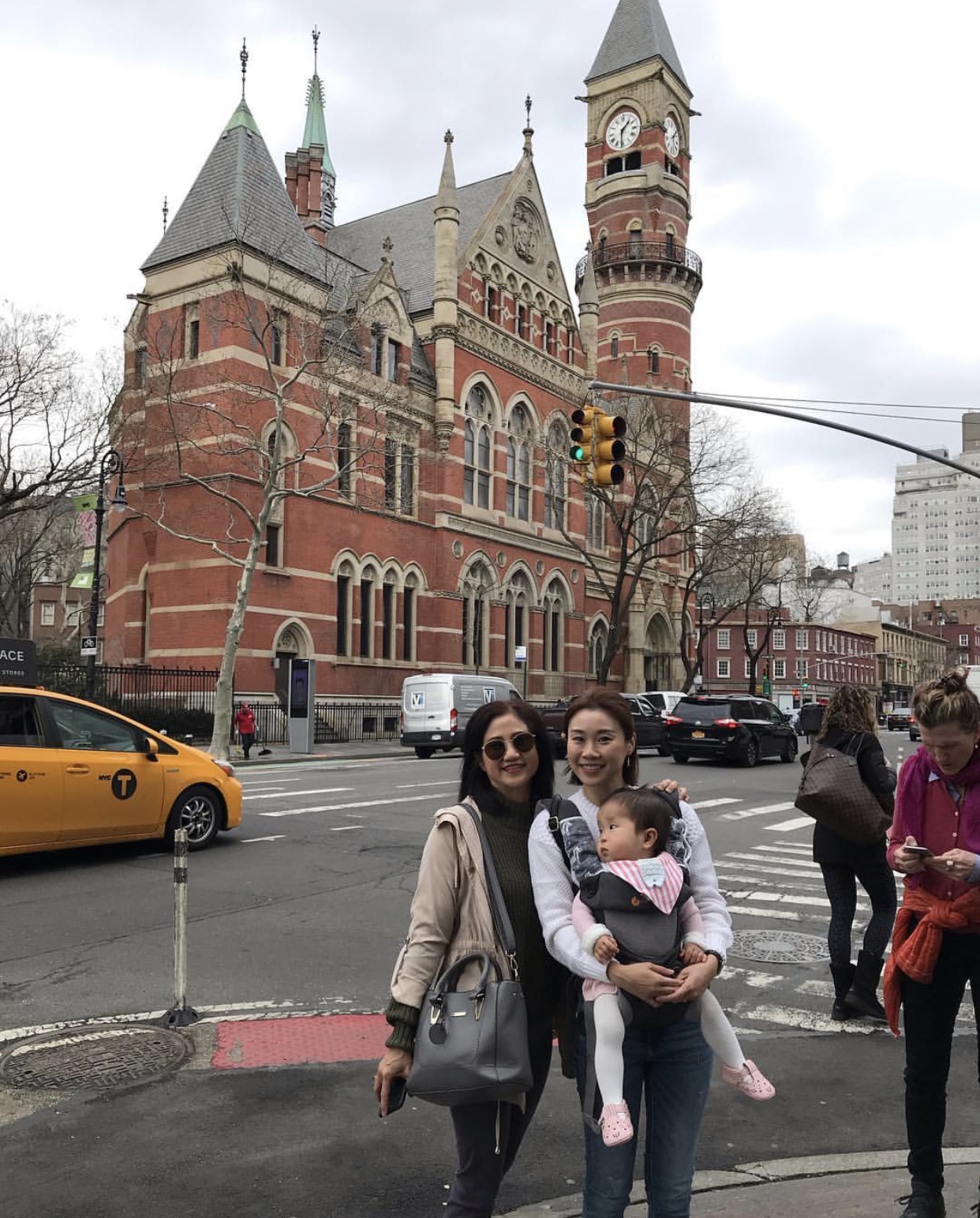 One of Greenwich Village’s most cherished landmarks is the Jefferson Market Library. The well-maintained gardens and the Ruskinian Gothic design make this a must-see spot in the Village. Designed by architects Frederick Clarke Withers and Calvert Vaux, the Jefferson Market Courthouse (as it was originally known) was constructed between 1874 and 1877. Vaux and Withers’ vision was so successful that their peers in the architectural profession in 1880 voted the building the fifth (of ten) most beautiful in the United States.

After its time as a courthouse and other uses, such as a police academy, the building faced the wrecking ball in the post-World War II years. However, preeminent preservationist Margot Gayle led a grassroots effort to save the building, and it found new life as a branch of the New York Public Library in 1967.

In 1969, the newly-named Jefferson Market Library was landmarked as part of the Greenwich Village Historic District; the report described it as “a remarkable essay in High Victorian design for this country.” In 1977, the library was further recognized for its country-wide significance when it was listed as a National Historic Landmark under the name of the “Third Judicial District Courthouse”. 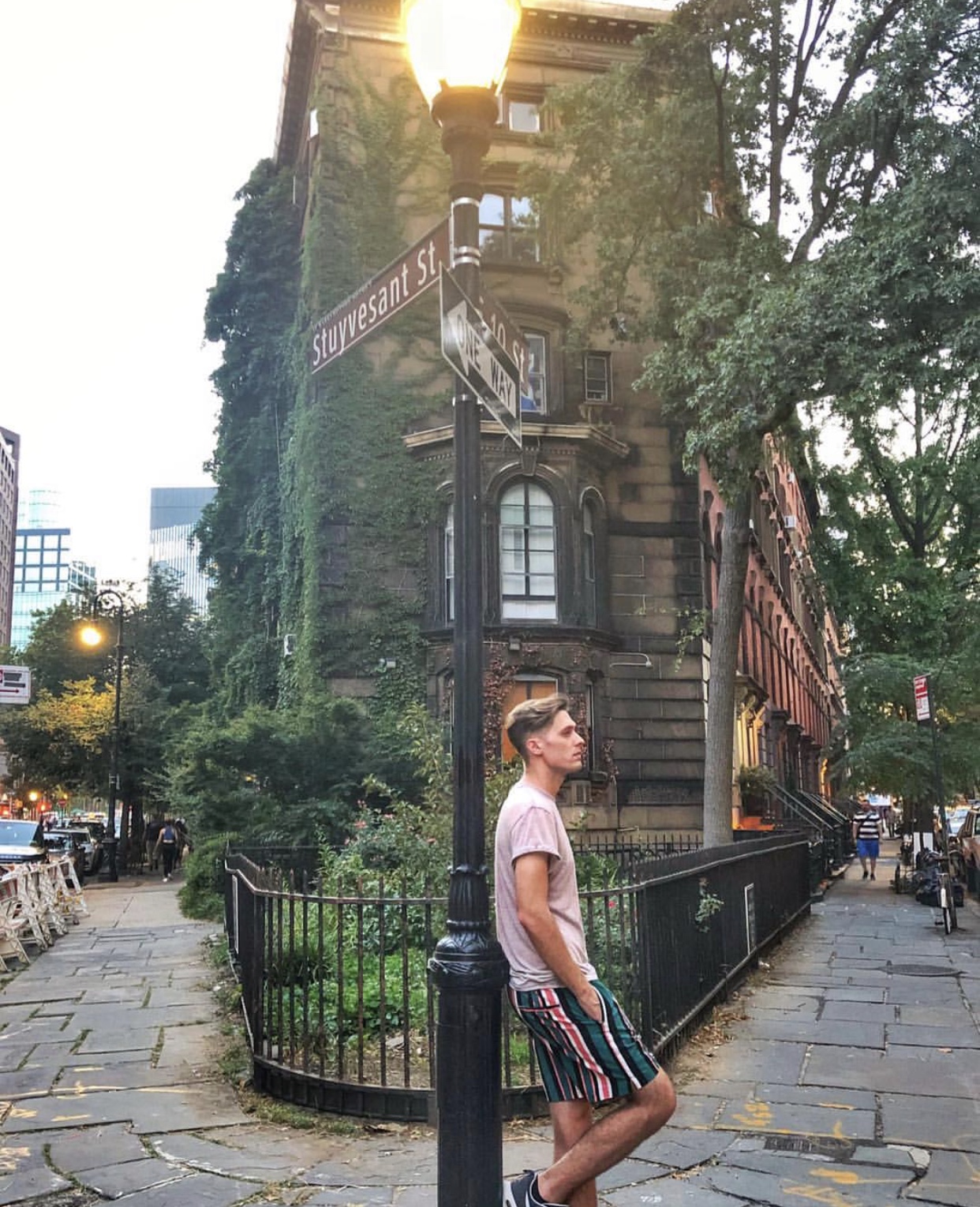 This small patch of well-tended greenery cascading up a beautifully preserved four-and-a-half-story Anglo-Italianate townhouse has become popularized among various social media platforms as the spot to take a perfect fall picture. The beautifully changing leaves paired with the rustic brick tones make it a perfect spot to capture the colors of fall. As with the larger Abe Lebewohl Park across the street in front of St. Mark’s Church, this small garden at the corner of Stuyvesant Street and East 10th Street is named for Abe Lebewohl, the owner of the Second Avenue Deli who was a fixture in the East Village community.

The location of this spot on Stuyvesant Street also makes it unique as it is the only street in the East Village that stands at odds with the Manhattan street grid from the Commissioners’ Plan of 1811, and the only true east-west street in all of Manhattan. You can learn more about the vast amount of history and architecture of the East Village by visiting our East Village Building Blocks website.

2 responses to “The Most Picturesque Sites in The Village”