GVSHP shares our oral history collection with the public, highlighting some of the people and stories that make Greenwich Village, the East Village, and NoHo such unique and vibrant neighborhoods. Each includes the experiences and insights of leaders or long-time participants in the arts, culture, preservation, business, or civic life.

“Hi, my name is Susana Ventura, but most people call me… Penny Arcade. I am a poet, a writer, meaning an essayist and a theater writer, and I’m also an archivist and oral history maker, videographer…I’m from an oral tradition of southern Italian storytelling, where every problem is described by [laughs] being told about another problem that was similar to it that had happened once before. And that’s how I made my work…” So begins Village Preservation’s newly-released Oral History interview with the unparallelled “Queen of the Underground,” Penny Arcade. Catch Penny on stage celebrating her oral history on Monday, January 6th, 2020 – read on to learn more! 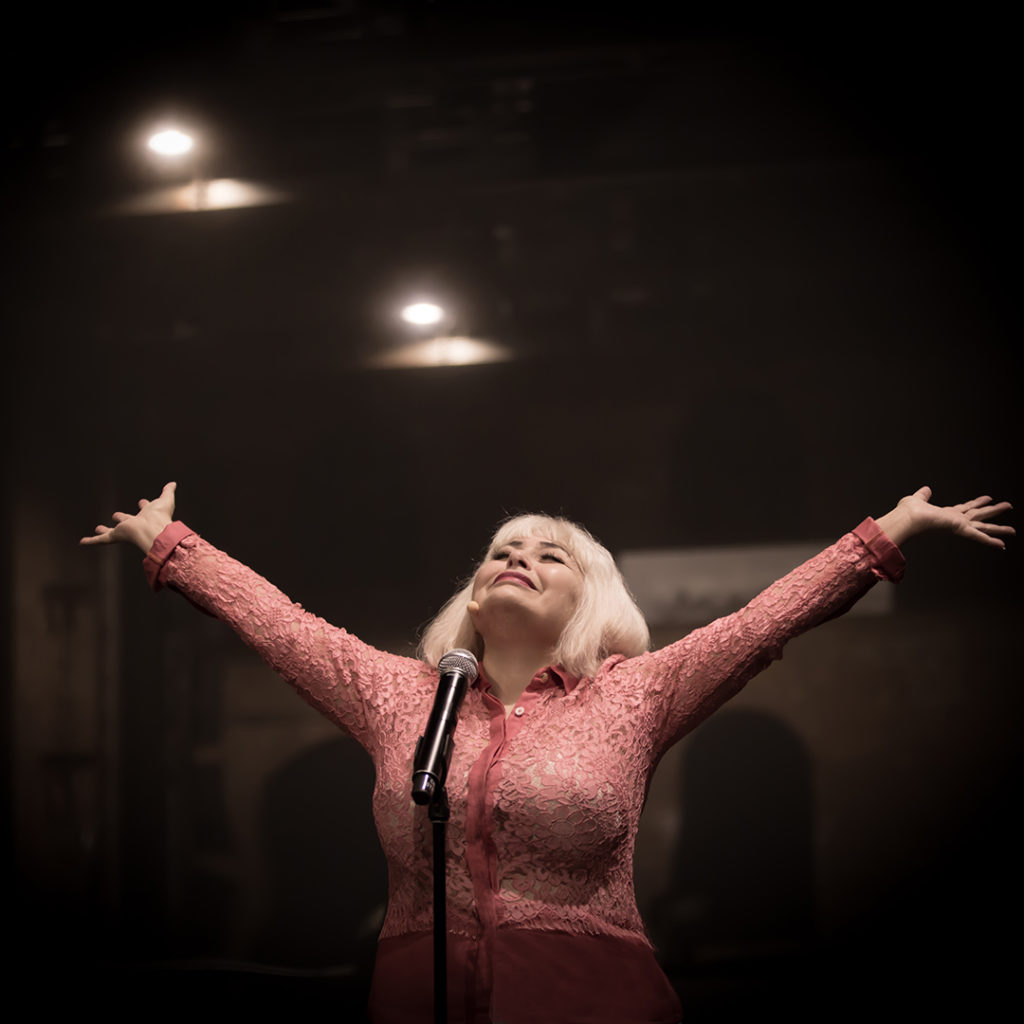 Penny Arcade grew up in New Britain Connecticut. She left home at age thirteen and entered reform school, where she excelled academically and wrote her first play. She returned home at age sixteen but left soon after. In 1967 she landed in New York City, where she was one of many homeless teenagers who had made the pilgrimage to live in the East Village. Penny’s fascination with the theater world brought her into contact with Andy Warhol, the filmmaker and performance artist Jack Smith, and John Vaccaro, founder of the avant-garde Play-House of the Ridiculous theater group. These artists were creating and defining a world of performance that went beyond traditional plays, as their lives went quite beyond the traditional. Taking a note from her drag mentors, Ventura renamed herself Penny Arcade. She didn’t settle in New York for good yet, though.

Penny Arcade On the Road

Penny became involved with the Playhouse of the Ridiculous and traveled to Europe in 1971 with the group after declining an invitation to participate in the production of Andy Warhol’s Pork. She eventually left the theater company and settled in Formentera, Spain, where she became close with local farmers and their families. She established a school for the children of the expatriates living in Formentera modeled on the Montessori method, and traveled within Spain with a political puppetry group. She left Spain after a mix-up with Spanish police, and for a few years lived in New England where she ran the local theater in Pittsfield, Maine. 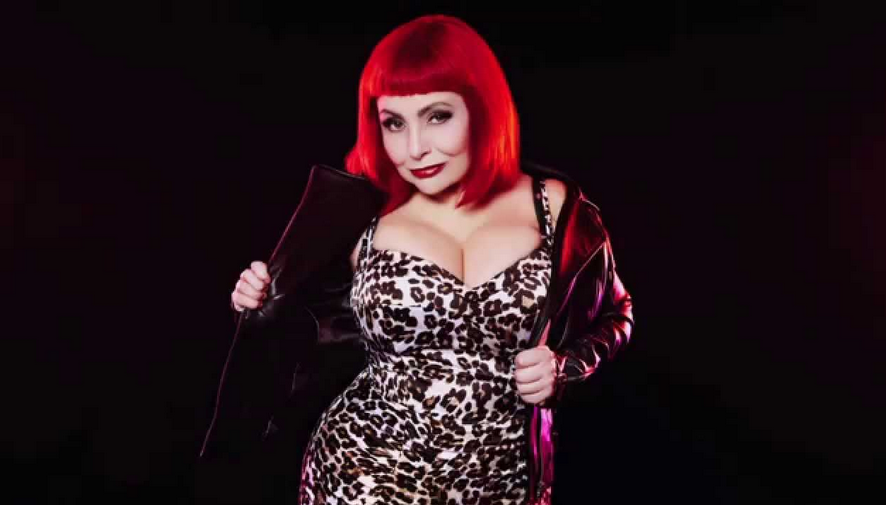 In 1981, Arcade returned to New York and briefly resumed performing with the Theater of the Ridiculous before she left to pursue her own work and interests. She performed her work for the first time in 1985, an improvised performance at the Poetry Project. She soon became a regular performer at PS 122, writing about and incorporating the work of other performers into her work. Bitch! Dyke! Faghag! Whore! (1990)––written partly in response to Senator Jesse Helms’s amendment banning the National Endowment for the Arts from funding art deemed “obscene” or “indecent”––featured two strippers from Tampa, Florida who brought pole-dancing to New York City for the first time.

“I used… character work to do cultural critique. And then pretty soon I stopped having to do characters to do the cultural critique, I just started to do cultural critique. You know, for me, the ego drive to be in front of an audience is not enough. I don’t really have a performer’s ego. People who meet me in this context are never ready for when they see me on stage because I’m a very high-powered performer, and over fifty years of performing, I’ve become prismatic. Because the work just––it’s not about me, it’s about the work coming through me.”

The Queen of Downtown

By fearlessly displaying her singular brand of feminist sexuality and storytelling, Penny Arcade has garnered countless fans worldwide with an emotionally and intellectually charged performance style. Arcade’s work has addressed the theme of gentrification since her first performances in the early 1980s, identifying the late 1970s as the beginning of the city’s current phase of hyper-gentrification. Applauded for merging performance art and realism, and using in her performances the practice of storytelling that was part of her Italian immigrant heritage, Arcade remains largely under-acknowledged by critics and the art world in general. A book published in 2009, Bad Reputation: Performances, Essays, Interviews offers a selection of Arcade’s work, as well as critical readings of her many decades of performance and writing. 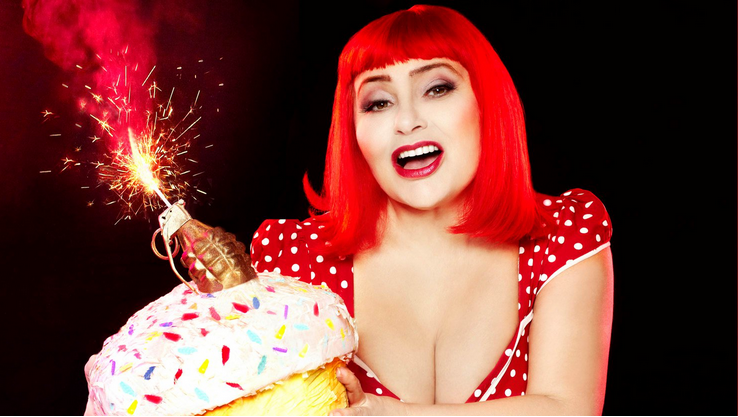 Penny Arcade is a contributor to Village Preservation’s wonderful book “Greenwich Village Stories” (which makes a great gift you can purchase here!) and was the host of Village Preservation’s 2018 Village Awards. Now, we are very glad to release her oral history with a special event at a venue with its own storied Greenwich Village history, the Duplex. Join us for an evening celebrating this oral history and Penny’s work!

“The thing is that people always call me a provocateur, but I’m not a provocateur. I don’t set out to provoke. That’s not what I’m doing. I am in a dialogue with my audience, which is like me. I assume that my audience is as intelligent if not more intelligent than I am, and that I’m the researcher. That’s what my relationship is to the audience. I’m not there to talk down to the audience, I don’t think I have something to tell you. I would not be successful if that was true. There has to be love. I’m a parrhesia; I’m a truth teller. And a parrhesia has three elements that have to be there: number one, you tell the truth from your own point of view, and you say that you do. Number two, there has to be loss. You don’t win. The parrhesia doesn’t win. The parrhesia is not rewarded for speaking truth to the king. It doesn’t work that way. Three, you do it out of sense of duty, and contribution. So that’s me in a nutshell. So that element of memory and memoir.