If you walk down West 11th Street between 5th and 6th Avenues, you’ll notice one home with a curiously angled facade at No. 18. If you follow that curiosity, as with so many small curiosities in the Village, whole swaths of American history are revealed. It was here where in 1970 a few radical young people, involved in a fringe organization called the Weather Underground – or the Weathermen – were building bombs. The historic 1845 home was owned by the parents of one of the activists – Cathy Wilkerson – and was completely destroyed when one of the bombs exploded on March 6 of that year. Three of the Weathermen died in the blast. The event shook the entire neighborhood, literally and figuratively, and the Weather Underground similarly was never the same.

But what was the group behind the explosion, how did it fit into the arc of Greenwich Village history, and what was the legacy it left behind?

About the Weather Underground

From various social movements in the late 1960s emerged a small group of violent protestors intent not only on publicizing their viewpoints but on actively overthrowing the government, along with other institutions like the NYPD and the military. Proposed targets for the bombs that were being built included an ROTC dance and the Fort Dix, New Jersey Army base. Their mission, among other things, was to “bring the [Vietnam] war home.”

Supremely dismayed by the war in Vietnam and what they saw as systematic violence by the U.S. government against its own people, the Weather Underground called for destroying institutional power symbols, resulting in deaths both planned and unexpected. Their decision to answer violence with violence put them in the context of other movements at that time like the Black Panthers.

The Black Panthers and the Weathermen in NYC

The Black Panthers and the Weather Underground had many points of contact here in New York, from their homes and hideouts in the Village to a fundraiser held at the famous Fillmore East in support of the Panthers’ effort. The Village hosted these organizations as it hosted so many radical, anti-war, peace-focused, anti-racist, free speech, queer liberation movements and so many more. Cheap rents helped. The Weathermen and the Panthers were both national organizations. By not having a set headquarters, the groups maintained local, under-the-radar efforts to plan their actions and gather supporters. The Weathermen had outposts in New York, Boston, Seattle, Philadelphia, Cincinnati, Buffalo, and Chicago.

In 1969, the Weathermen helped to arm the Black Panthers. Their reasoning was that, if those who oppressed and controlled had access to weapons, so should those experiencing the oppression, both for self-protection and for resistance.  On February 21, 1970, Weathermen threw Molotov cocktails in front of the home of New York Supreme Court Justice John M. Murtagh, who was presiding over the pretrial hearings of the so-called “Panther 21” members of the Black Panther Party over a plot to bomb New York landmarks and department stores. Justice Murtagh and his family were unharmed, but two panes of a front window were shattered, an overhanging wooden eave was scorched, and the paint on a car in the garage was charred.

The explosion took place on March 6, 1970. The two people preparing the bomb  – Diana Oughton and Terry Robbins -were killed instantly, as was a third Weatherman, Ted Gold, who was just walking in. Famously, Kathy Boudin and Cathy Wilkerson, whose parents owned the house, were injured but managed to escape. The FBI put them on their Ten Most Wanted Fugitives list, but they evaded capture for a decade. Wilkerson surrendered in 1980, and Boudin was caught in 1981 for her role in a Brink’s armored car robbery.

Cathy Wilkerson wrote a memoir about her role in the Weathermen. In Flying Close to the Sun, she put the explosion into context and tried to explain what led a girl from a conservative Quaker background to participate in armed struggle. According to one review, “The town-house explosion is often cited as the moment when the utopian revolutionaries of the 1960s American counterculture were either exposed as fraudulent and naive, betrayed by nihilists on a death trip, or forced to confront the reality of the militant rhetoric that had been casually bandied around for several years.” 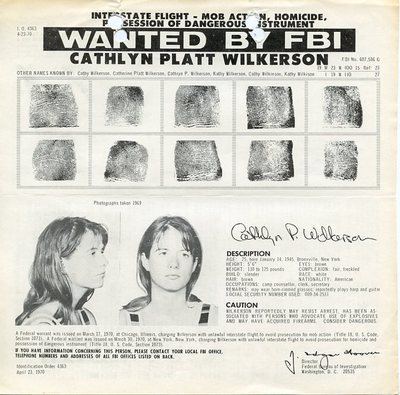 In the excerpt below, Lerner shows a window into what was behind the Weathermen’s decision to make bombs and carry out bombings in the first place. Then, he talks about his personal feelings about the explosion on West 11th Street, along with the ways that this changed the Weathermen’s policies about causing harm. Losing three of their own seems to have reminded the group that, while violence can be powerful to bring attention and change, harming people is a line that should never be crossed.

CI: How did you feel about the bombings? 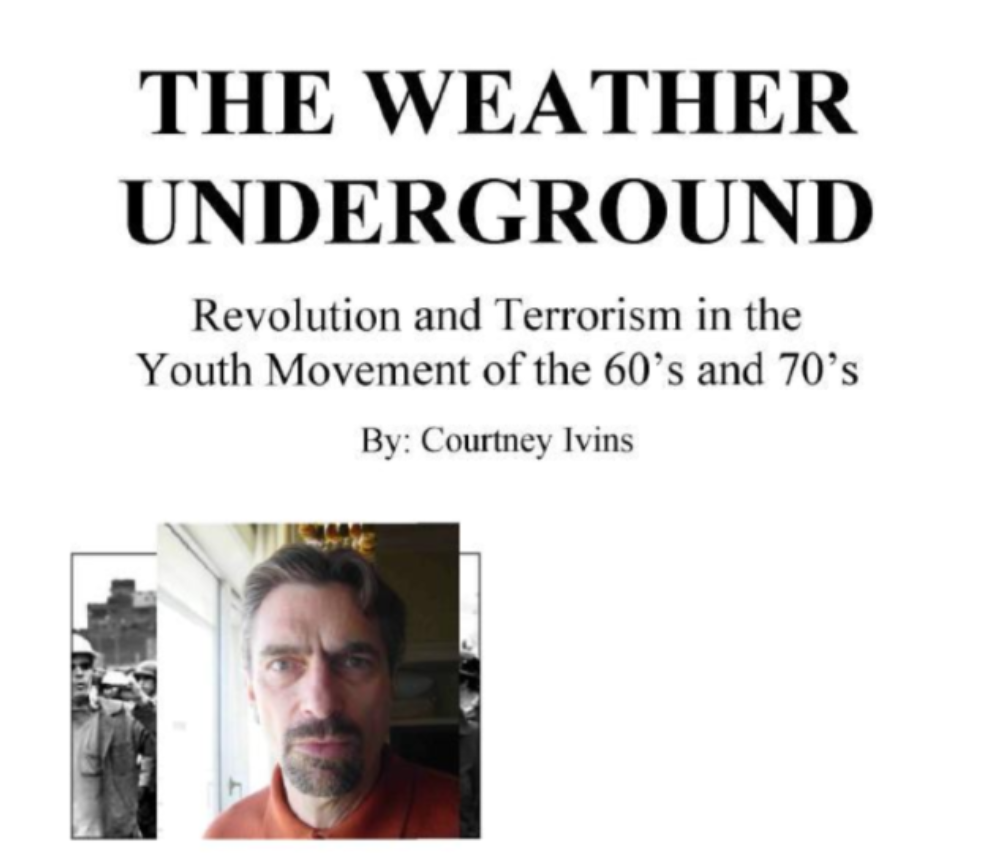 JL: At the time I thought they were very exciting…Our theory about them was that they would reveal who the enemy was, cause we were bombing things like international corporations, and the Pentagon, and the U.S. Capitol, and police stations, and things like that. So I mean I loved them; at the time, I thought they were great. I don’t really feel that way now. I’m proud of the fact that, aside from the three people of our own that died in the townhouse explosion, no one was actually hurt in one of our bombings. But I still feel that that willingness to use a tactic of violence legitimized the idea of violence and bombing and terrorism. I mean, I think we were a terrorist organization. And even though we didn’t call ourselves that because we thought, you know, we’re not actually hurting people. But I think we contributed to the general legitimacy to those kind of activities, which are now a big problem in the world. So I regret that.

CI: How did that accident, the one in Greenwich Village in 1970, impact you personally and as a whole?

JL: When that happened, I was in Cuba on a brigade of North Americans cutting sugar cane. So, those of us who were in Cuba, and there were several other Weatherpeople with me, we were really cut off… Someone had a transistor radio and heard a news broadcast from Miami about some house had blown up… I knew Cathy Wilkerson, whose father owned that house, and was a close friend of mine, and had been to that house before, and I just immediately knew… So personally… it was sort of horrifying because obviously it could have been me… I would have preferred to be one of the bomb-making people at the time, and so I may as well have been dead. How it affected the organization actually was kind of different… it was sort of the wake up call before we realized the danger of the path we had gone down. And that’s when the decision was made to be very careful and not actually hurt any people anymore, and disavowal the more overtly terroristic. And the bomb that blew up by accident was intended for a ROTC dance.

And there’s always more: see images of the impact of the explosion taken by Village Voice photographer Fred McDarrah, including a shell-shocked Dustin Hoffman, who was living next door at the time, as well as images of the site a year later, HERE. These are among the over 2,200 images in our historic image archive at www.archive.gvshp.org, which cover more than two hundred years and our entire neighborhoods from east to west and beyond. Prints of most images are available for sale with proceeds benefitting the work of Village Preservation.