The streets, parks, and squares of the Greenwich Village Historic District (GVHD) are named for a unique collection of historical figures. Beginning with our 2019 celebration of the 50th anniversary of the GVHD, we have developed a guide to how these locations got their names. Click here to read other posts about the origins of GVHD Street names. 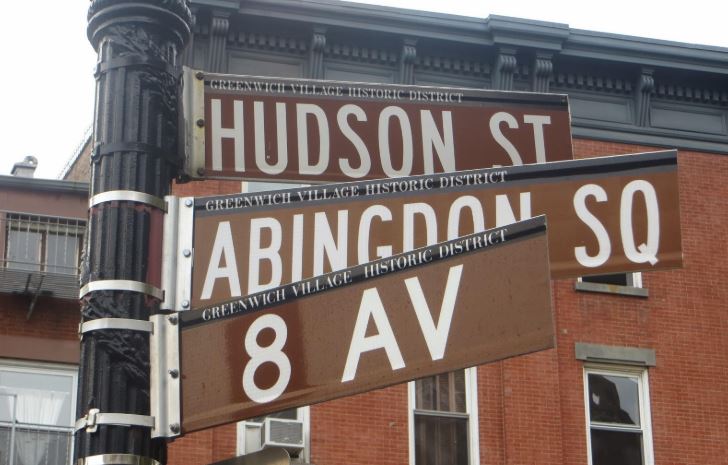 Today we expand from just street makes to examine the origins of the names of a park, a garden, as well as the ‘Main Street‘ of the West Village.

Abingdon Square Park is one of NYC’s oldest and smallest parks. NYC acquired the land on which the park sits on April 22, 1831. Once part of the vast Sir Peter Warren estate, Abingdon Square was named for Warren’s son-in-law Willoughby Bertie, the Fourth Earl of Abingdon. Bertie’s wife, Charlotte Warren, received the land as a wedding gift from her father. While most British place names were changed following the Revolutionary War, Abingdon Square retained its name due to the well-known patriotic sympathies of Charlotte and the Earl. 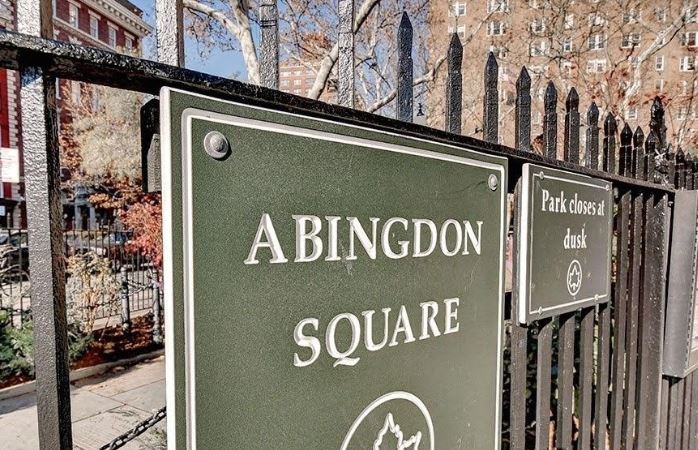 Hudson Street is named for the Hudson River, which was named for Henry Hudson. Henry Hudson was an English explorer who explored this region in 1609 on behalf of the Dutch East India Company looking for a Northwest Passage to Asia.