Last week we tantalized you with an incredible photograph of 3rd Avenue between 10th and 11th Streets taken by Berenice Abbott in 1937. Today, we revisit that block to take a look at some of its history. In case you have forgotten how much the block has changed, this is what it looks like today. 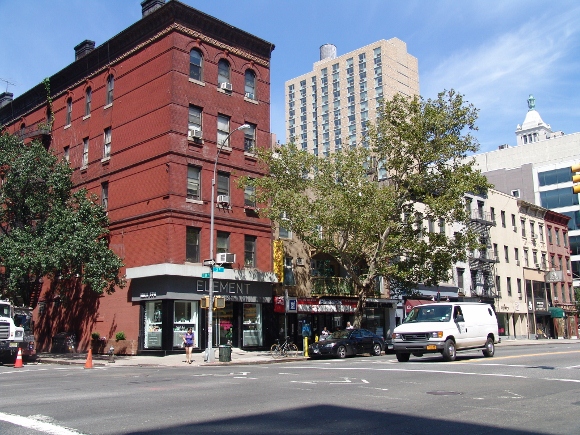 How can we forget the Stuyvesant Curiosity Shop at 48 Third Avenue, with rifles in display cases on the sidewalk and lots of … well, curiosities. What the picture did not reveal is that the Curiosity Shop was housed in an extraordinarily elegant Romanesque Revival building, which was unusual for tenements.

Built in 1886 by Samuel Thorne and S. F. Jenkins as a tenement with stores, 48 Third Avenue cost $15,000 to construct and was designed by James M. Farnsworth. Samuel Thorne (1835-1915) was kind of a big deal in his day — he was President of the Pennsylvania Coal Company, and served on the boards of Bank of America, the New York Life Insurance Company, and the Metropolitan Museum of Art. As a member of tony private social clubs, the Union League and the Metropolitan Club , he regularly rubbed shoulders with J. P. Morgan and the Vanderbilts. Appropriately enough, Thorne’s building at 48 Third Avenue was no less distinguished, in spite of it being a tenement located in what was then a hard-scrabble, working-class district. Compared to the heavier ornament typical of other Victorian era buildings, architect James M. Farnsworth (1847-1917) used a light and purposeful approach to the building’s detailing. Recessed

mortar joints and belt courses wrapping the building emphasize its structure. The patterns of its cornice imply more abstract, naturalistic forms than the classically derived ornament more typically found on tenement cornices from this era. However, the most richly detailed element of the building is the gorgeous, balconette-like iron fire escapes on the 10th Street elevation, more reminiscent of New Orleans that New York.

What kind of talent created such a building? James Mace Farnsworth worked as a draftsman for Calvert Vaux, the man who, along with Frederick Law Olmsted, designed Central Park and a number of buildings for the Children’s Aid Society. Later, with his partner Benjamin Sillman, Jr., Farnsworth designed office and institutional buildings including the Morse Building (1878-80) at 138-142 Nassau Street, and the Temple Court Building (1881-83) at 3-9 Beekman Street, both designated New York City landmarks. Red brick buildings in the Romanesque Revival style seemed to be a favorite motif. From 1883-1897, Farnsworth also practiced independently and one of his most notable works was the renovation and additions to the Bennett Building (1872-73, 1890-92, and 1894) at 93-99 Nassau Street, one of New York’s finest and largest Second Empire cast iron buildings.

On the applications submitted to construct 48 Third Avenue, Farnsworth listed his address as 218 West 23rd Street. Can you guess what iconic New York City building that is?

Give up or did you Google it? Yep, it’s the Chelsea Hotel. Hmm, wonder if Farnsworth was inspired by the then-recently completed (1885) Chelsea Hotel’s lovely balconies (the work of the Cornell Foundry)? 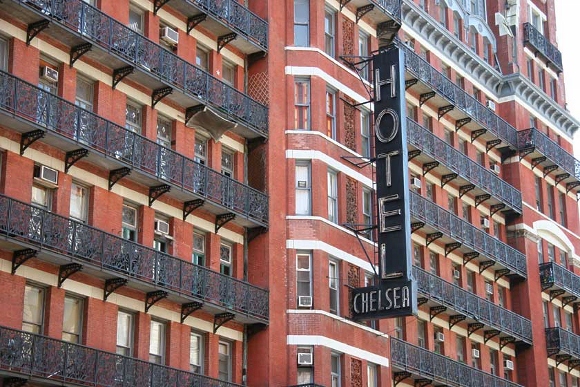 What about Sig Klein’s Store and the pawn shop? You will have to be patient and read the next part of (what has now become) this series about this block of Third Avenue.