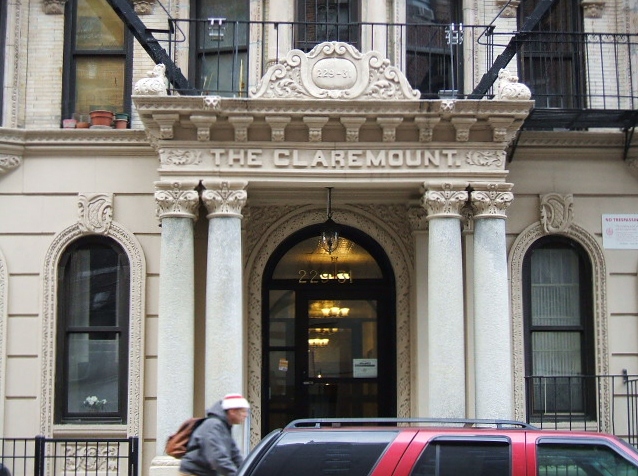 The building from this “Spot the Shot” post is at 229-231 East 12th Street, between 2nd and 3rd Avenues. “The Claremount” was constructed in 1901 by developer Max Weinberg, who built a number of buildings in the East Village and Lower East Side at the turn of the century. Designed by Weinberg’s architect of choice Michael Bernstein, the building cost $55,000 to erect which was quite a bit more than a typical tenement of the day. 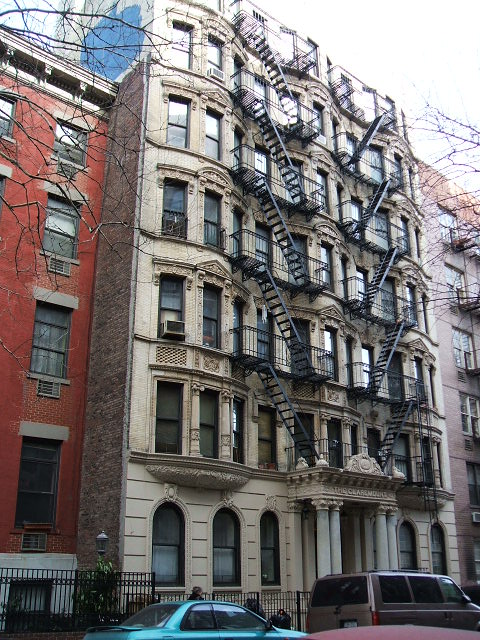 With its grand columned entrance and undulating façade, the Beaux Arts style building was clearly designed as more than a standard tenement and attracted some of the crème de la crème of Yiddish theater. There were a number of Yiddish theaters along Second Avenue in the early to mid-1900’s, including the East Village’s only interior and exterior landmark, the Yiddish Art Theater at 189 Second Avenue, earning the street the moniker, the“Yiddish Rialto.”  So it is not unusual that the performers would establish residence in proximity to this mecca of performing arts.

Among the performers that resided in the area were the Jacobsons, a multi-generational family of actors, signers, musicians and composers that resided in The Claremount in the 1930’s. The family included Hyman “Hymie” Jacobson, his brother Irving, and their sister Henrietta who were the children of Russian-born Yiddish performers Bessie and Joseph Jacobson.

Hymie Jacobson born in 1895 began performing at age 4 and composed his own music and lyrics. Irving, born in 1898, also started performing in vaudeville as a young child and became a comedic actor in Yiddish theater. Together the brothers owned Yiddish theaters including the National Theater (formerly at Second Avenue and Houston Street) and the Second Avenue Theater, both demolished.

Henrietta Jacobson was born in 1906 and was considered one of the finest actors of Yiddish theater. She often performed with her husband Julius Adler, a writer, actor and director of renown. Their son Bruce Adler was a fine actor in his own right, earning two Tony nominations.  The Jacobson siblings and Julius Adler are recognized with stars on the Yiddish Walk of Fame which can be found, appropriately enough, on Second Avenue.