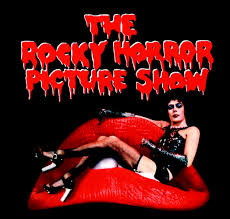 While the Rocky Horror Picture Show premiered in London and Los Angeles in 1975, the now classic cult film was not really successful until it launched its ongoing run of midnight shows here in Greenwich Village. That very first midnight show took place on April 1, 1976, at the Waverly Theatre (now the IFC Center) on 6th Avenue and W. 3rd Street. This first midnight screening set off a chain of events leading to the film’s unique place in American culture. 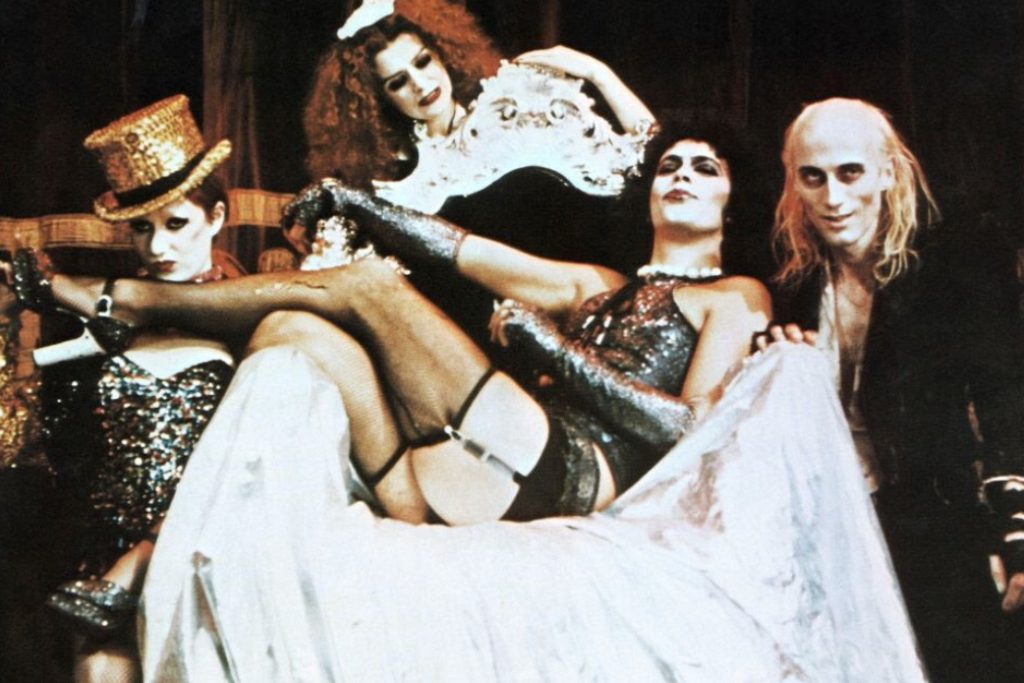 According to rockyhorrorpictureshow.com, “The Official Fan Site”, Denise Borden, the manager of the Waverly in 1976, was fascinated with the film. She began her own personal hype campaign, with photos in the box office window and a theater telephone recording that stated, “This is a film not to be missed.” Denise would play the Rocky Horror Picture Show soundtrack before the showing of the film to warm up the audience, and a party atmosphere was generated as a result.

The audiences naturally began to respond, by booing the villain and cheering the heroes “with typical Saturday morning serial stuff” as Jim Sharman, director of ROCKY HORROR, described it.  This spawned a whole group of regulars who weekly reserved the same seats in the first row of the balcony. These pioneers of audience participation included two young ladies named Amy and Theresa; Bill O’Brien, the first person to dress as Dr. Frank-N-Furter; Lori Davis, who wrote the Ten Commandments of ROCKY HORROR; and Louis Farese, a kindergarten teacher from Staten Island.

Thanks in large part to the midnight showings, the Rocky Horror Picture Show is the longest running theatrical release in film history. In 2005, it was selected by the Library of Congress for preservation in the U.S. National Film Registry.

You can find a nationwide map of theaters that continue to offer midnight screenings here. To read more about the history of audience participation, click here.

The building which housed the Waverly also has a very interesting history.

According to GVSHP research, 323-325 6th Avenue was originally a church, built circa 1831 by the Third Universalist Society. It was enlarged from 1843 to 1844 by St. Jude’s Episcopal Free Church into a sanctuary that could hold nearly 800 worshipers. St. Jude’s successor, St. John’s in the Village, at 224 Waverly Place, still keeps the records of the Sixth Avenue church, which dissolved in 1853.

J.&R. Lamb Studios assumed the space in 1857, and although they altered the building in 1893, they kept the church’s Gothic style windows and gables. A 1916 map shows Ecclesiastical Art Works on the site. Lamb moved to New Jersey in 1934 and in 1937, the building was converted to the Waverly movie theater. It acquired its current façade in 2005 when IFC Center took over the space. The original brick buttresses and roof rafters are exposed in the main auditorium. The Waverly/now IFC is one of the oldest still-operating movie theater left in New York City.