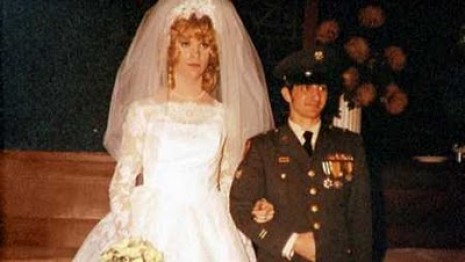 On August 22, 1972, what may be the most legendary bank robbery in New York City history took place.  And it had some interesting Village connections.

On that sweltering August day, John Wojtowicz, Salvatore Naturile, and Robert Westenberg entered a bank on the corner of East 3rd Street and Avenue P in Gravesend, Brooklyn with the intention of robbing it.  However, from the beginning, very little went according to plan.  Westenberg fled the robbery before it even began when he saw a police car nearby.  The bulk of the bank’s money had already been picked up by armored car and taken off site, leaving a mere $29,000 on hand.  As they were about to leave, several police cars pulled up outside the bank, forcing John and Sal back inside.  They ended up taking the seven bank employees hostage for fourteen hours. 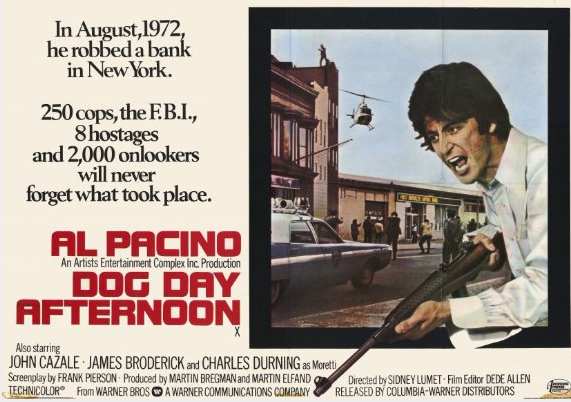 What made this attempted robbery so notable, however, was more than just bad planning and bad luck.  An unlikely bond formed between the robbers and the bank teller hostages (Wojtowicz was a former bank teller himself).  The robbers made a series of demands of the police and FBI that included everything from pizza delivery to the bank to a jet at JFK to take them to points unknown. 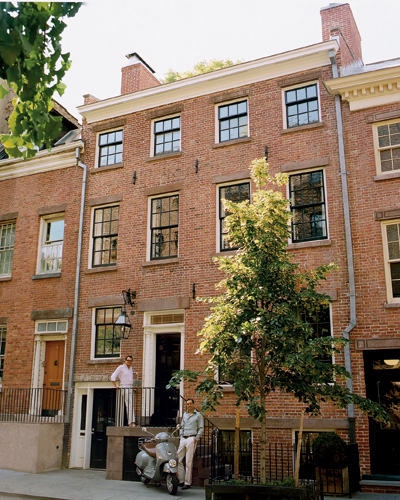 The 1827 townhouse at 250 West 10th Street in which John Wojtowicz lived in 1972 at the time of the bank robbery (post-restoration photo via Elle Decor).

However, perhaps most unusual was when word leaked out that Wojtowicz was robbing the bank to pay for a sex change operation for Ernest Aron, with whom he lived at 250 West 10th Street in the Village, then a single room occupancy hotel (now a single-family West Village townhouse, as restored by designer Stephen Gambrel). Ernest (who would later in fact get the operation and become Elizabeth Eden) was even brought to the site of the hostage stand-off in an attempt to get the robbers to give up. 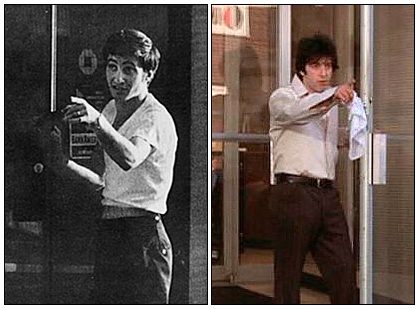 Throughout all of this, Wojtowicz became an unlikely media-celebrity, an anti-hero who taunted the police with shouts of “Attica” (referring to the recent bloody Upstate prison standoff in which several prisoners and guards were killed by what was later determined to be an unneccesarily overzealous and brutal state trooper raid), and seemed to champion the plight of the bank tellers and fast food delivery workers with whom he interacted.  A growing crowd gathered and TV cameras swarmed to the site.

Unsurprisingly, this did not have a happy ending.  En route to JFK, Salvatore Naturile, who was only 19, was shot and killed by the FBI.  Wojtowicz claims that he made a plea deal which the court did not honor, and he was sentenced to 20 years in prison, of which he served 14 years.

However, given the intense interest in the robbery and the improbable cult-hero status Wojtowicz achieved, the story did not end there.  A story in Life Magazine about the incident called “The Boys in the Bank” (an allusion to the 1968 Mart Crowley play, “The Boys in the Band,” a landmark of gay theater) by Peter F. Kluge and Thomas Moore became the basis for a 1975 feature film, “Dog Day Afternoon,” directed by Sidney Lumet and written by Frank Pierson.  Al Pacino, in what came to be one of his most celebrated roles, played Wojtowicz, and John Cazale played Naturile (ironically, both starred in the Godfather, which Wojtowicz had seen the morning of the robbery and upon which he based some of his plans).  The movie garnered 6 Academy Award nominations and became an icon of 70’s cinema. 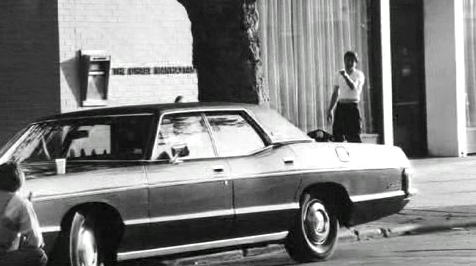 Wojtowicz outside the bank in Brooklyn.

While Wojtowicz’s story became the stuff of pop cultural legend, Wojtowicz himself did not seem to prosper much from his enduring notoriety.  He earned $7,500 for the sale of the rights to the story, and 1% of the profits from the film (that money was used to fund Ernest Aron’s sex change operation).  He disputed several elements of the film, though he supposedly refused to speak to the screenwriter who was seeking details for the script (he did, however, say that Pacino and Cazale accurately portrayed he and Naturile).

At the time of the nascent gay liberation movement, Wojtowicz’s actions were fiercely debated by gay advocates as to whether or not they supported the goals of the movement.  Wojtowicz himself had been an active member of the Gay Activists Alliance, and participated in their regular meetings at their former firehouse headquarters in SoHo.

Wojtowicz got out of jail in 1987; sadly, Elizabeth Eden (formerly Ernest Aron) died shortly thereafter of AIDS.  Wojtowicz himself was said to have been living on welfare in Brooklyn when he died of cancer in 2006.

You can read an unpublished jailhouse letter from John Wojtowicz to the New York Times in which he describes his version of events and disputes with the movie version HERE, and a first-person account of the robbery and the discussions that followed at the Gay Activists’ Firehouse by Village Voice writer and acquaintance of John Wotjowicz Arthur Bell HERE.

View an ABC news report by Harry Reasoner on the attempted bank robbery: