Everyone seems to have Vice-Presidents on the brain today in anticipation of tonight’s Vice Presidential debate.  To help, we thought we would take this opportunity to look at two past United States Vice Presidents with close ties to the Village — Aaron Burr and Theodore Roosevelt.

Aaron Burr, 3rd Vice President of the United States from 1801 to 1805, actually ran for President in 1800 against Thomas Jefferson.  Because they each received the same number of electoral votes, the House of Representatives held a vote to determine the winner.  Burr’s longtime rival Alexander Hamilton spoke vehemently against Burr and in favor of Jefferson.  Jefferson became President and at that time, and the loser, Burr, became Vice President  (I shudder to think if that were the policy now!)  The rivalry between Hamilton and Burr, Hamilton’s opposition to Burr in the presidential election, and Burr’s failed run for New York Governor, which he blamed on Hamilton, culminated in the pair’s famous duel (again, I shudder to think if this was the way we handled such political disputes now).

Following the duel, Hamilton was brought, paralyzed but alive, to the home of his friend William Bayard, in what is now the West Village.  It was there Hamilton died.  The house is long demolished, but a plaque marking the spot is found on 82 Jane Street, a late 19th century tenement which claims to be on the site of the house.  In fact, the house was located about a block to the north, closer to Horatio Street, though Bayard’s estate did cover this much broader area.

Prior to all of this election drama, Burr bought Richmond Hill, a 26 acre estate, part of which lays within the Charlton-King-Van Dam historic district.  The home on this estate, deemed as one of the most beautiful mansions in Manhattan’s history, stood at the modern intersection of Varick and Charlton Streets.  The mansion actually served as the official Vice-President’s residence for a time.  There was a pond from the Minetta Creek at the foot of the hill at today’s intersection of Bedford and Downing Streets, what was then known as Burr Pond.  After the famed duel between Hamilton and Burr, Burr was forced to leave the City, and his estate was taken over by John Jacob Astor.  However, Burr retained the right to buy back the house and part of the land anytime he wanted to within the next twenty years, and in 1817 Burr sold it back to Astor, who promptly developed the property.  Read the Charlton-King-VanDam Designation Report for more information on this charming and important preserved district.

Also associated with former VP Aaron Burr is 54 MacDougal Street.  Located on land originally owned by Burr, this nearly 200 year old three-story house and one-story backhouse were built in 1820, making these one of the oldest extant structures in this part of Manhattan when GVSHP and our supporters fought unsuccessfully to save it in 2013. Until it was demolished, the structure maintained basic elements of an early 19th century lower Manhattan house and served as one of many recognizable gateways to the South Village.  The land for this house was bought in 1814 by Ezra Weeks from Burr.  At the time, Weeks was one of Manhattan’s most prominent builders, responsible for the construction of Alexander Hamilton’s uptown estate as well as Gracie Mansion.  Another property associated with Burr is 203 Prince Street designated as a New York City Landmark in 1973 and within the GVSHP proposed third phase of the South Village historic district.  The picturesque townhouse was built in 1833-34 in the Federal and Greek Revival styles.  The land on which 203 Prince Street stands, and the rest of the block, had formerly been part of Richmond Hill.

Best known as our 26th president, Theodore Roosevelt held multiple political offices including New York State Assemblyman, Police Commissioner of New York City, U.S. Civil Service Commissioner, Assistant Secretary of the Navy, Colonel of the Rough Riders, Governor of New York, and Vice President.  He was born in 1858 on 28 East 20th Street, just north of Greenwich Village.  In 1900 William McKinley ran for President with Theodore Roosevelt as his Vice President.  Not long after their win, McKinley was assassinated in September of 1901 making Roosevelt President of the United States.  Prior to this, Theodore as a born and bred New Yorker, served the City as its Police Commissioner from 1895 to 1897.  The 9th Police Precinct Station House, located at 131-137 Charles Street and pictured below, was the first station house in the city to be built during his tenure with the police department.  The station house was designated as part of the Greenwich Village Historic District Extension I in 2006, a district for which GVSHP  long advocated for the designation.  The 9th Police Precinct Station House, which was converted to apartments in 1977 and renamed “Le Gendarme,” was designed by John duFais in the Renaissance Revival style.  The building is also noteworthy as the first police station not to be designed by architect Nathaniel D. Bush between the years 1862 and his retirement in 1895.  It remains remarkably intact and is a wonderful reminder of a critical time in the police department’s history.

Roosevelt had many other Village connections, and played an important role in the reformation of the New York City Police Department.  Roosevelt and his friend, noted journalist Jacob Riis, would often patrol the streets of the Village and other Lower Manhattan neighborhoods in an attempt to catch police officers sleeping or drinking on the job, accepting bribes, etc. Roosevelt had telephones installed in each police station and cracked down on a police force that was considered one of the country’s most corrupt.  Riis, whose reform era photogrphy exposing vice and poverty focused largely on the Village and other surrounding Lower Manhattan neighborhoods, worked closely with Roosevelt throughout his tenure as police chief, as the two shared a reformist zeal which influenced all their work.

Given Roosevelt’s long history with New York City, he is, no doubt, associated with multiple properties in and around our area, both documented and undocumented.  One additional documented site is Arlington Hall.  Located at 19 and 21 St. Mark’s Place, these two Federal style row houses in the East Village were combined and used as community halls and ballrooms.  They hosted everyone from Roosevelt to Randolph Hearst.  Later, It became the Polish National Home in mid-century and later, the club Electric Circus, where Lou Reed and the Velvet Underground held forth in Andy Warhol’s Exploding Plastic Inevitable.  Jimi Hendrix and the Grateful Dead played there as well.

In addition, Teddy Roosevelt appointed his good friend Lt. Joseph Petrosino the first Italian-American to lead the NYPD’s homicide division.  Petrosino later became the head of the department’s “Italian Squad,” an elite corps of Italian-American detectives organized specifically to uproot organized crime and combat the mafia.  Petrosino was considered a pioneer in organized crime-fighting techniques, many of which are still used today.  His work focused largely on downtown neighborhoods like Greenwich Village, the (present-day East Village and) Lower East Side, and Little Italy. In 1987, the small park at Lafayette and Kenmare Streets was renamed Lt. Petrosino Square. 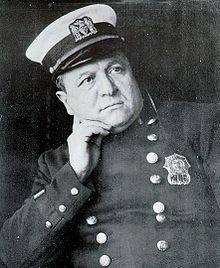 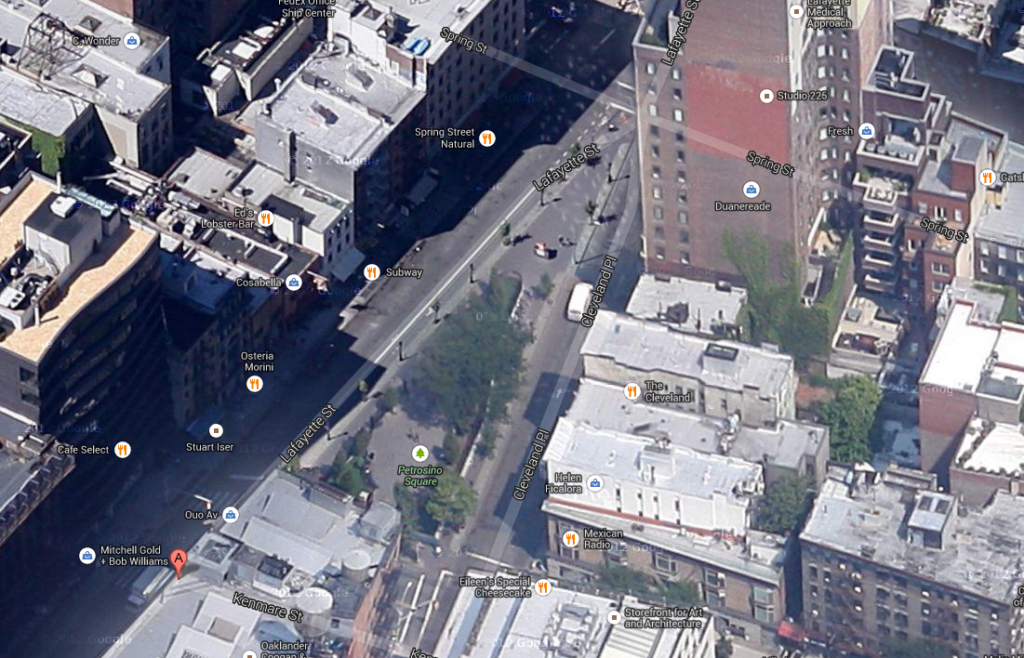