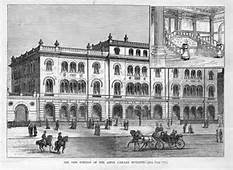 The arts are the soul and life of our civilization.  They are the link which we use to identify individual and shared expressions. It is widely recognized that The Public Theater is one of our nation’s greatest institutions for theater and a cultural leading light. We in the Village are incredibly fortunate that their home is right here in our wonderful neighborhood. The Public shines a glimmering light on our shared human experience. And we are proud to announce that The Public will be a winner of a 2017 Village Award.

It is not by accident that The Public has its home in the Village. Indeed, when Joe Papp, its legendary founder, was looking for a place to build his dream, he sought a place, as he put it, where theater could “live – a place to go every day.” Truly a theater for the public. He ideally sought a place in a not-yet-fashionable area of Manhattan where the theater he imagined could become a fulcrum of daily life in the neighborhood. It would, in the best of all possible worlds, be close to a university in order to take advantage of the proximity to students, both to entice the younger crowd and to be allied with an institution. The Village was an ideal place to begin.

When his associate producer, Hilmar Sallee, walked into his office on December 27, 1964 with the New York Times headline screaming “Landmarks for Sale – or the Wrecker’s Ball,” dreams were about to come true for Mr. Papp and his beloved New York Shakespeare Festival, which was later to become known as The Public Theater.

Papp and Bernie Gersten, his right-hand man at the time, took a train downtown to see the Astor Library building on Lafayette Street, which was about to face the wrecking ball. The Astor Library had been a free public library developed primarily through the collaboration of New York City merchant John Jacob Astor, who bequeathed $400,000 for its establishment, and New England educator and bibliographer Joseph Cogswell. It was primarily meant as a research library, and its books did not circulate. It opened to the public in 1854, and in 1895 consolidated with the Lenox Library and the Tilden Foundation to become the New York Public Library (NYPL). The building was abandoned by the NYPL in 1911 when the library moved to its Bryant Park location. By 1964 it had become home to the Hebrew Immigrant Aid Society. The HIAS had purchased the building in 1921. “It was such a mess,” Papp recalled. “It reminded me so much of the Holocaust. It looked like there had been a pogrom in that place. But you could also see the glory of the building.”*

For such a remarkable building, you’d never think it came this close to the wrecking ball. Under newly proposed landmark legislation, builders and property owners would be required to have a permit to “reconstruct, alter or demol­ish” any structure officially des­ignated as a landmark by the city’s newly formed Landmarks Preservation Commission. The commission had given this designation to the Astor Library.

Papp (a preservationist at heart, he would go on to help found the “Save the Theaters” group in the 1980’s in an effort to prevent the loss of historic theaters in Manhattan’s Theater District) had been following the city’s preservation debate since the rescue of Carnegie Hall in 1960, which was saved from the wrecking ball by violinist Isaac Stern and a coalition of artists and civic leaders. New York City purchased Carnegie Hall for $5 million. It then leased it back to a non-profit corporation under the terms of a special bill signed by Governor Nelson Rockefeller. Papp conceived that he could use the new law to his advantage and build his new theater while saving the Astor Library.

Indeed, the building stands today as a testament to the early years of the landmarks law. In the words of well-known critic Ada Louise Huxtable in a fascinating 1966 New York Times article entitled “A Landmark Saved: Historic Building Scheduled for Razing Is Rescued With Aid of City’s New Law”:

New York City has scored its first major preservation success under its 18-month old landmarks law with the dramatic announcement of Joseph Papp’s plans to purchase the old Astor Library on Lafayette Street as the Shakespeare Festival’s new home. Scheduled for the wrecker’s ball six months ago, the miraculous last-ditch rescue of the Victorian red brick and brownstone structure is a bit of appropriate 19th-century melodrama calculated to make any 20th-century cynic’s heart melt. On a less emotional level, it may also indicate the power of the New York landmarks law to turn the tide in the fortunes of the city’s historic heritage.

Just a few short years after the loss of the original Penn Station, Papp’s vision to breathe new life into an aging building had a profound impact. Opening as the New York Shakespeare Festival Public Theater in 1966, the space was transformed by architect Giorgio Cavaglieri (1912-2007), one of our “preservation pioneers”. (You might recognize Cavaglieri as the man who also led the conversion of the Jefferson Market Courthouse into the Jefferson Market Library around the same time. Read more in earlier Off the Grid posts).

The State and National Register Report (1969) noted that the adaptive reuse project included “a cultural facility containing three legitimate theaters (two of 300 seats, one of 100 seats), an avant-garde 104-seat cinema, one chamber concert hall, two art galleries, and technical and administrative facilities for the Shakespeare Festival.”

Joseph Papp’s mission and vision in both theater and preservation live on vibrantly today. The Public has been creating theater for one of the largest and most diverse audience bases in New York City for nearly 60 years. Today the company engages audiences in a variety of venues—including its landmark downtown home at Astor Place, which houses five theaters and Joe’s Pub; the Delacorte Theater in Central Park, home to its beloved, free Shakespeare in the Park; and the Mobile Unit, which tours Shakespearean productions for underserved audiences throughout New York City’s five boroughs. The Public’s wide range of programming includes Free Shakespeare in the Park, the bedrock of the company’s dedication to making theater accessible to all, new and experimental stagings at The Public at Astor Place, and a range of artist and audience development initiatives including its Public Forum series, which brings together theater artists and professionals from a variety of disciplines for discussions that shed light on social issues explored in Public productions.

We are so proud to honor The Public this year. 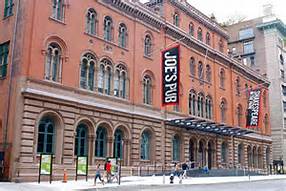 One response to “2017 Village Award Winner: The Public Theater”