The classic Beatles album Sgt. Pepper’s Lonely Hearts Club Band, considered by many the greatest and most influential rock album of all time, was released on May 26, 1967 in the U.K., and June 2, 1967 in the U.S.  The lasting influence of “the first concept album” is undeniable, but so too is the Village’s influence upon the Beatles, from John Lennon’s living on Bank Street and declaring “I regret profoundly…not having been born in Greenwich Village,” to the huge impact Bob Dylan’s “The Freewheelin’ Bob Dylan” (written while Dylan lived in the Village and with an iconic cover shot on Jones Street) had on the Fab Four’s musical sensibilities and evolution (Lennon said they listened to nothing but it for three weeks after it was released). 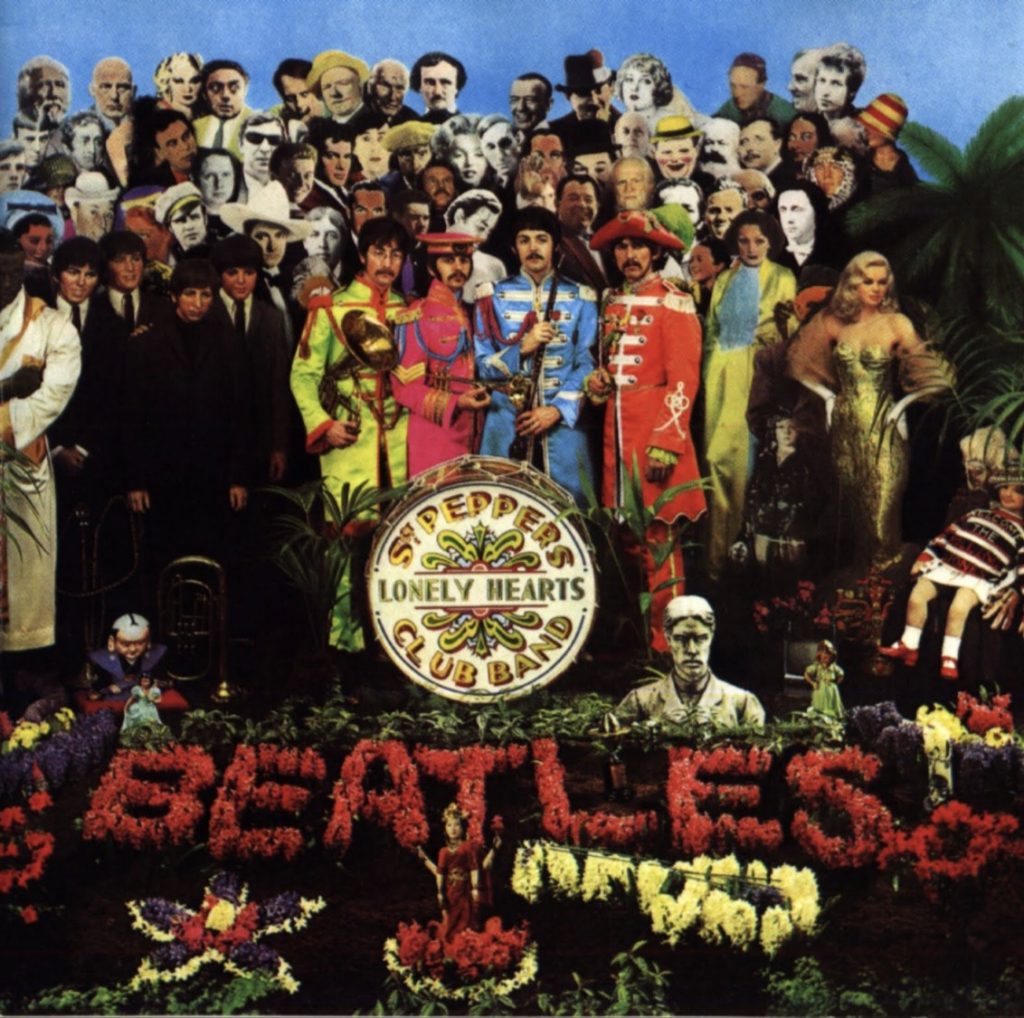 But the Village’s imprint can be seen quite literally upon the Sgt. Pepper’s album cover as well — it’s a virtual kaleidscope of Village residents, denizens, and those with deep connections to Greenwich Village.  With the heady air of half-century nostalgia all around us, we thought we’d take a closer look at the act you’ve known for all these years, and see who exactly among the band that Sgt. Pepper taught to play can trace their roots back to the Village.

So let me introduce to you: 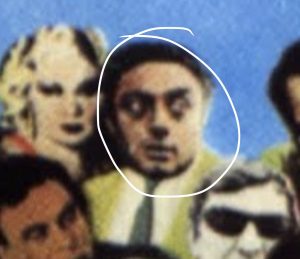 Lenny Bruce — the trailblazing comedian and provocateur was famously arrested for obscenity when performing at the Cafe Au Go Go in Greenwich Village in 1964, which led to his conviction on obscenity charges, and some would argue his death. 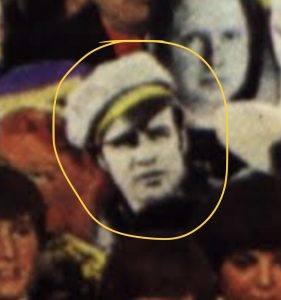 Marlon Brando — according to his autobiography, Brando lived in Greenwich Village starting in 1943, recounting “I cherish my memories of those first few days of freedom in New York, especially my sense of liberation from not having to submit to any authority, and knowing that I could go anyplace and do anything at any time…One night I went to Washington Square and got drunk for the first time. I fell asleep on the sidewalk and nobody bothered me. …Frannie, who lived in an apartment near Patchin Place in the Village, invited me to move in with her. I got a job as an elevator operator at Best & Company department store, then worked as a waiter, a short-order cook, a sandwich man, and at other jobs I don’t remember now…” 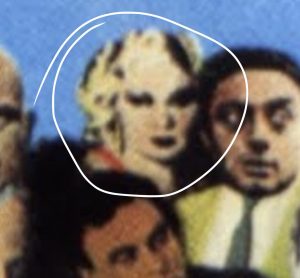 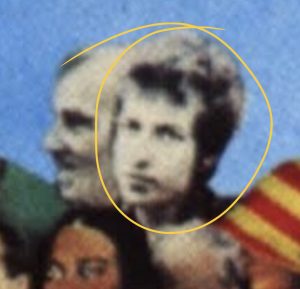 Bob Dylan — the Bard himself appears on the album cover, peering over the entire gathering from the back row.  Dylan of course made his name in Greenwich Village, living and working there in the early 1960’s as he rocketed from obscurity to household name, and made his impact upon the Beatles in many ways, from his influence upon their music to his introducing them to pot. 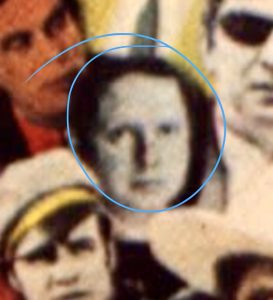 Dylan Thomas — the Welsh writer (from whom Bob Dylan, born Robert Zimmerman, got his name) came to New York in 1950, and spent much of his time over the next three years in the Village, famously drinking himself to death at the White Horse Tavern on Hudson Street in 1953 (though he actually died at nearby St. Vincent’s Hospital). 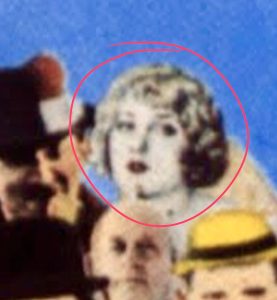 “Vargas Girl” — the famous 1940’s pin up image by Peruvian-born artist Alberto Vargas was based upon his wife, original Vargas Girl Anna Mae Clift, who first found her fame as a member of the Greenwich Village Follies. 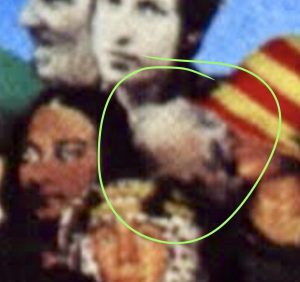 James Joyce — Joyce’s controversial and groundbreaking novel Ulysses, which changed the course of literary history, was first published in installments starting in 1918 by a small magazine located in Greenwich Village called The Little Review. 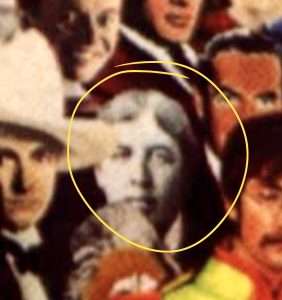 Oscar Wilde — Wilde stayed at 48 West 11th Street during his stay in New York City, around the time his first play ever staged, Vera; or the Nihilist opened at the Union Square Theater. He also posed for Napolean Sarony, the most famous portrait photographer in the country, whose studio was located at 37 Union Square. He posed once at the start of his tour in 1882 and again in 1883. 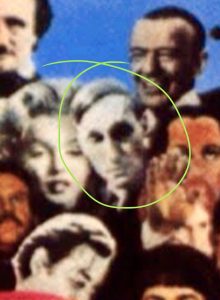 William Burroughs — lived on Bedford Street and was a regular at various Greenwich Village establishments including the San Remo Cafe (see here). 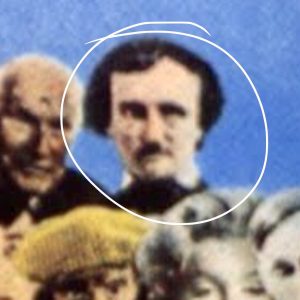 Edgar Allan Poe — the famously reclusive poet made his home in Greenwich Village at 85 West 3rd Street 1844 to 1846, and from his perch just south of Washington Square wrote “The Raven.” 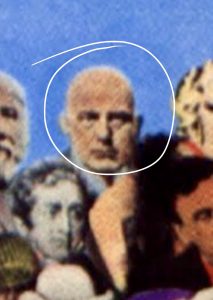 Aleister Crowley — the notorious British occultist lived and painted in Greenwich Village in 1918-1919, showing his paintings at the Liberal Club on MacDougal Street. 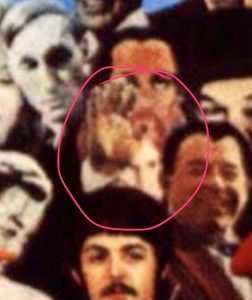 Stephen Crane — Lived on “Genius Row” on Washington Square South, wrote the short story “Minetta Lane” which helped give the street, in what was then referred to as “Little Africa” and was the home of many ‘Black and Tan’ (mixed-race) saloons, its notorious reputation in the late 19th century.

Bette Davis — had her stage debut in “The Earth Below” in 1929 on the stage of the Provincetown Playhouse.

Image of Actor Timothy Carey from “The Killing” by Stanley Kubrick — Kubrick lived in and got his start as a filmmaker in the Village.

Huntz Hall and Leo Gorcey — these two actors made their fame as members of the ‘Bowery Boys.’ 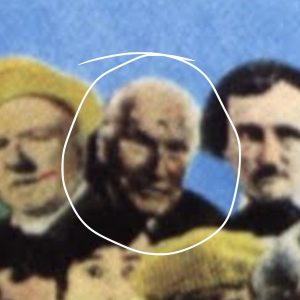 Carl Jung — spoke at the Liberal Club on MacDougal Street. 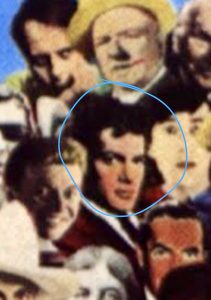 Tony Curtis — Curtis first gained wide notice in a Cherry Lane Theater stage production of “Golden Boy,” and through this performance was offered a seven year contract with Universal Pictures. He also studied acting at the New School. 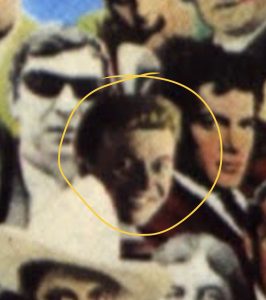 Dion — While Dion DiMucci of Dion and the Belmonts fame was born and raised in the Bronx, he lived in the Village and frequented Greenwich Village music venues as his “doo-wop” musical style matured and integrated elements of folk and blues.

Perhaps the biggest influence the neighborhood had on the album cover is that there might have been no “Sgt. Pepper” theme at all had it not been for a neighborhood resident, a local thrift store, and a well-known local denizen.

According to Tim McDarrah, the photo below of Andy Warhol (found in our historic image archive), taken by his father, Village resident and photographer Fred W. McDarrah in late 1966 at the Limbo clothing store on St. Marks Place of his friend and neighborhood denizen Andy Warhol, appeared on the cover of the Village Voice at the end of the year. John Lennon was an avid reader of the Village Voice, and affording to Tim as told to him by his father, Lennon was struck by the image of Warhol. So struck, apparently, that he got similar band leader jackets for himself and his fellow Beatles, and decided to use the image as an inspiration for their upcoming album, which they were working on at the time. That, of course, would become Sgt. Pepper’s Lonely Hearts Club Band.

(Acknowledgements and inspirations to https://sgtpepperphotos.wordpress.com/.)

3 responses to “Let Me Introduce To You: Sgt. Pepper’s Greenwich Village Band”