Where can you see a play or musical in an intimate space where Frank Sinatra and Thelonious Monk once performed, and Billy Crystal was once an usher?  Or have a drink at a tavern which served as a speakeasy in the days of prohibition? Or visit a museum of gangster history and eat a hot dog named after the man who invented it?  All at Theatre 80, at 80 St. Marks Place, our December Business of the Month.

This unique building is a grand amalgam of space, histories, and uses.

During Prohibition, 80 Saint Marks Place was a mecca for performers of all kinds. Jazz greats such as Thelonious Monk, Harry “Sweets” Edison, John Coltrane and Frank Sinatra performed there when the space was a nightclub. During the 1970s and 80s, the space became one of the city’s most beloved (and longest lasting) revival film houses, showing the best vintage films.   It was also visited by a host of great names in theater, many of whom left their mark. A partial list includes Gloria Swanson, Joan Crawford, Myrna Loy, and Kitty Carlisle. Today Theater 80 continues its tradition of diverse programming hosting the Naked Angels Tuesdays, a storied theatre workshop.  Patrick Stewart has held court at the tavern telling tales to younger thespians.  And the space is home again of The Negro Ensemble Company. 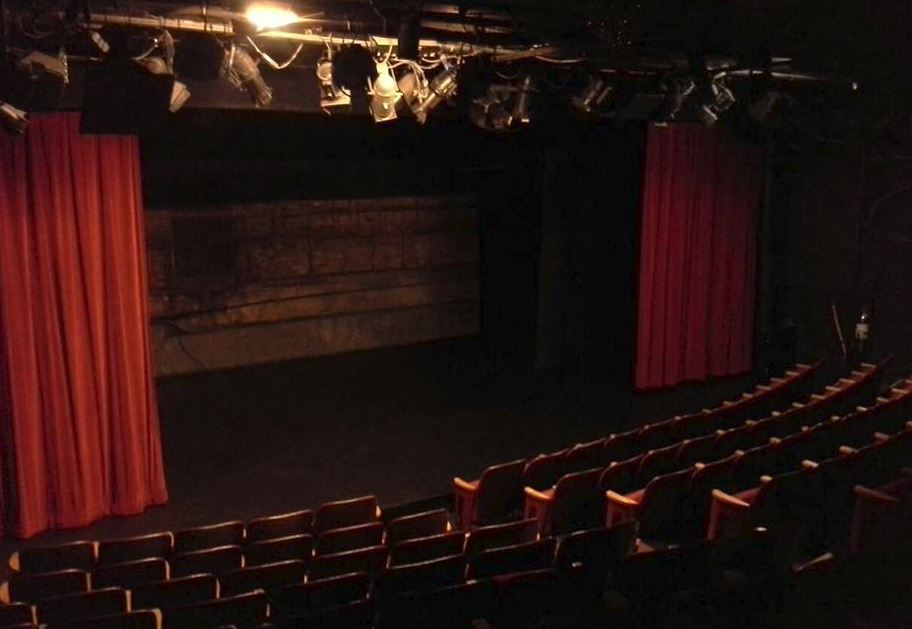 From a Yelp review: “East Village terrifies me now because it’s like the worst Disneyland of tourists and restaurants/bars of the week. So I just want to thank Theater 80 for keeping it real.”

Dapper owner Lorcan Otway says there is never a day that some developer doesn’t attempt to buy the building.  He points out that years ago buildings like these were owned by individuals who typically lived in them and had a shop on the ground floor. They served the neighborhood, employed the neighborhood, and were enmeshed in the life of the neighborhood.  Now he says the 1% of the 1% are buying up property, and progress is considered demolishing everything to build higher.

Lorcan says that an endangered species is the mid-sized Off- or Off-Off Broadway theater that can help bridge the avant-garde and the mainstream like Theater 80.  Theater 80 is also one of the very few surviving commercial Off-Broadway Theaters in Manhattan.  Though Lorcan worries about expenses, competition, and staying afloat, at least one thing he does not have to worry about is the landlord jacking up the rent or kicking him out.  In 1964, when Lorcan was nine, his father Howard Otway purchased the building.

One of the unique appeals that Theater 80 has is that history can be found in every crevice and corner of the space.  For instance, one can find evidence of the many ways in which the bar from prohibition days, when it was called Scheib’s Place and was the favored speakeasy of the New York City Council, was hidden and defended.  Lorcan will show you the iron fittings that held steel plates over the windows, to hide the operation, and the bomb triggers in the basement – the last resort if the club was raided.

Now a bar can operate in the open here.  Theater 80 includes a Tavern named after William “Barnacle Bill” Scott, a merchant sailor who was often called the “Mayor” of Tompkins Square Park, and who was a friend of Lorcan’s

The tavern draws a wide array of people to enjoy the classic vibe. Local advocates and artists appreciate the grassroots feeling maintained despite all the local changes. Some visit to enjoy a proper whiskey or absinthe.  Theater-goers also come to enjoy the slightly nautical flavor, with old wooden replica boats mostly made by Lorcan himself. 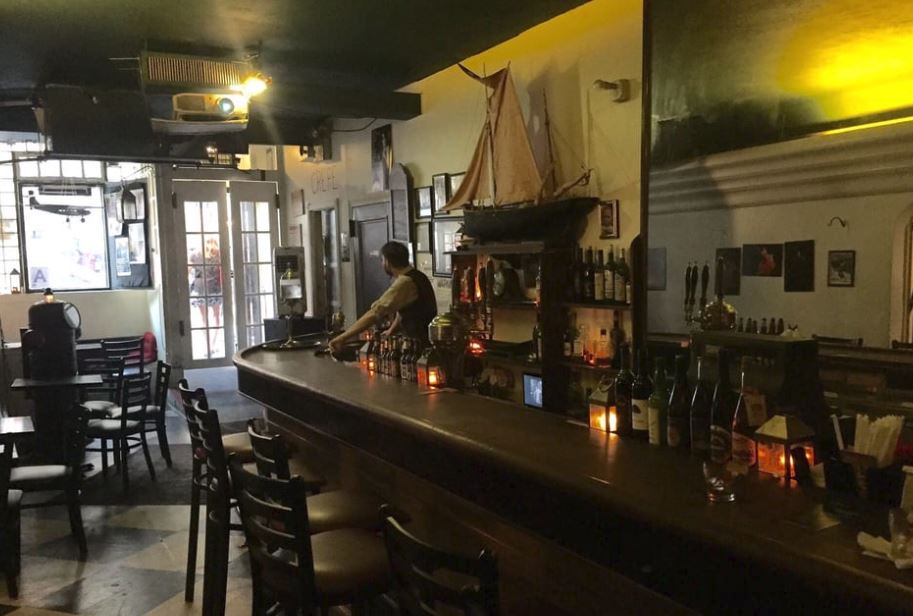 Upstairs is the Museum of the American Gangster that attracts school groups, university classes, and tourists. Allison, a bartender at the tavern, also speaks German and is a docent at the Museum.  The museum is working on a Japanese language tour as well.

Rounding out this multifarious space is Feltman’s of Coney Island Hot Dogs.  Just five days after opening, they received a rave review in the now-defunct Gothamist:

“There is only one item on the Feltman’s menu, and it’s a hot dog… but it’s likely to be the best hot dog you’ll ever eat in your life.”

Feltman’s is run by loquacious historian Michael Quinn, who dresses the part of hot dog man, with white hat, shirt, and all.  Quinn pointed out that Al Capone drank there when it was a speakeasy and also went to eat hot dogs at the original Coney Island location.  Feltman’s invented the Hot Dog as we know it.  I had the veggie version, and do not ask for ketchup, they do not serve it!  They’re not completely unbending to changing tatstes, however; they do have an online store, however. 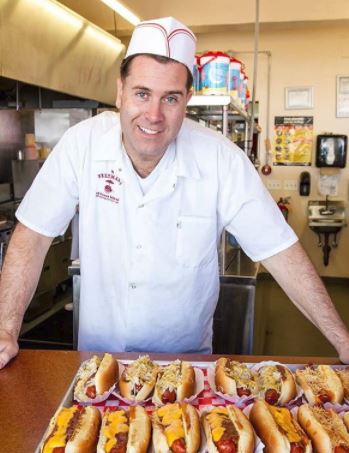 In 1876 German immigrant Charles Feltman invented the hot dog at Coney Island. By the early 20th century Feltman’s German Beer Garden was the largest restaurant in the world. Feltman’s original Coney Island restaurant was open from 1870-1954, where a Polish immigrant you may have heard of named Nathan Handwerke worked before opening up his own small eponymous enterprise.

Quinn also worked at McSorley’s when he was younger, where he learned to make mustard. In a point of particular pride for Quinn, McSorley’s made a rare update to their menu and now carry his hotdogs.  Competitive eater and former Nathan’s hot dog champ Takeru Kobayashi has been seen wolfing one down.

Lorcan and the Theatre 80 team value the artistic and cultural heritage of New York City and the neighborhood, and work tirelessly to maintain a unique sense of place and home for the arts.  As long as they are there, St. Marks Place remains very much alive.  So go visit today.