This is a re-posting of a piece originally written in 2011. 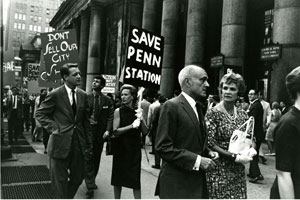 Architect Phillip Johnson and others protesting the demolition of Pennsylvania Station

We speak often of historic districts, individual landmarks and national and state register sites but, what do those terms really mean?

This post will review how the designation of landmarks came to be, what a landmark is and the differences between state and local landmarks.

The Demolition of Penn Station: A Symbol of What Can Happen if Historic Sites Aren’t Protected 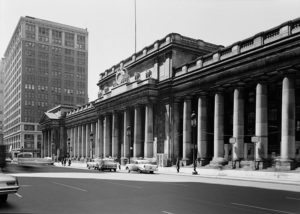 The origins of the New York City Landmarks Law are often attributed to the loss of New York City’s Pennsylvania Station in 1963. Designed in 1910 by McKim, Mead & White, this grand, pink granite structure was slated for demolition to make way for a more modern station, a new Madison Square Garden and office buildings. 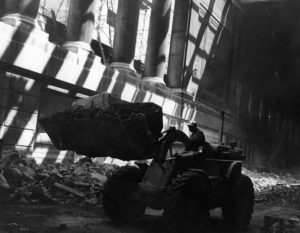 Its demolition led to a number of protests whose participants included architect Philip Johnson, art critic Aline Saarinen (widow of the late architect Eero Saarinen), and urban advocate Jane Jacobs. Its ultimate demise at the hands of the wrecking ball was seen by many as a catalyst for the creation of the New York City Landmarks Law.

Because of the loss of Pennsylvania Station and many other significant buildings throughout New York City, the New York City Landmarks Law was enacted in 1965 to protect historic sites and buildings from being demolished or altered in a way that fundamentally changes its character. The law also created the Landmarks Preservation Commission which is authorized to designate landmarks. 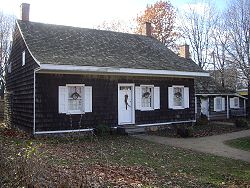 The first building to be designated a New York City Landmark was the Pieter Claesen Wyckoff House, a Dutch colonial house in Flatbush, Brooklyn that dates to the mid-17th century.

What is a landmark?

The New York City Landmarks Preservation Commission defines a landmark as a building, property or object that has a special character or special historical or aesthetic interest or value as part of the development, heritage, or cultural characteristics of the city, state, or nation. New York City has more than 23,000 landmarks including individual, interior and scenic landmarks and historic districts.

Individually-designated landmarks get some special treatment under the NYC Zoning Code in order to help facilitate their preservation — for instance, the air rights of individual landmarks can be transferred across the street as-of-right, which cannot generally be done for non-landmarked buildings, and they can receive exemptions from zoning restrictions regarding allowable uses and height and setback requirements if it can be shown that such exemptions would help preserve the landmark.

What minimum criteria must a building or site meet to be designated a New York City landmark?

A building or site must be more than 30 years old and have historical or architectural significance as determined by the Landmarks Preservation Commission. 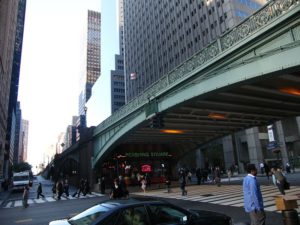 What can be a landmark?

Since our history is defined by more than just buildings, a landmark can be many things that are reflective of history and convey significance, including building interiors, cemeteries, bridges and landscapes. 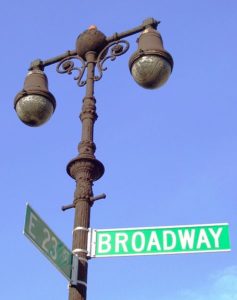 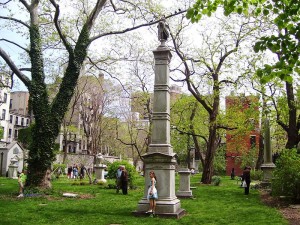 What is an historic district?

What is the National Register of Historic Places?

Other National Register Listings secured by GVSHP include the 2009 designation of Westbeth Artist Housing for its significance as pioneering affordable housing for artists.

Are there financial incentives for owners of properties listed on the National Register of Historic Places?

Yes!  Owners of properties listed on the National Register may be eligible for federal investment tax credits and grants for preservation planning and rehabilitation of historic properties.

What is a National Historic Landmark?

A national historic landmark is designated by the Secretary of the Interior because of its exceptional value as demonstrating the heritage of the United States and its meaning to all Americans.  There are 2,500 such sites that meet this high standard.

The Statue of Liberty, Rockefeller Center and the Metropolitan Museum of Art are examples of local sites that are National Historic Landmarks.  As proposed by GVSHP and other groups, the Stonewall District was first listed on the State and National Register of Historic Places in 1999 and then designated a National Landmark in 2000.  This is an example of a National Historic landmark that is recognized not for its architectural significance but, for the importance of the cultural and social events that took place there.

What are the requirements of an owner of a designated property?

Simply, the owner of a designated landmark is required to maintain the building’s exterior in good repair and to secure the approval of the Landmarks Preservation Commission before any exterior alterations are made. Owners are not required to restore properties to an original condition and the appearance of the property upon designation is grandfathered.

The Greenwich Village Society for Historic Preservation has advocated for the designation of a number of  individual landmarks and historic districts.  To learn more about landmarks in the Village, please click here.  For more resources and information about landmarks please visit GVSHP’s Resources page.