On April 3rd, 1968, Martin Luther King, Jr. delivered what would become both his last and one of his most powerful speeches, “I’ve Been to the Mountaintop.” In it, he called for unity and non-violent protests while challenging the United States to live up to its promise and ideas, saying he could see the day when justice would prevail, but that we were not there yet, saying most famously and fortuitously “I’ve seen the Promised Land. I may not get there with you. But I want you to know tonight, that we, as a people, will get to the Promised Land.”

A half-century later, that struggle continues.  In honor of Dr. King, one of the greatest civil rights leaders of all time, we thought it fitting to take a look at some of the other great moments and sites in the ongoing struggle for African-American civil rights history found in our neighborhoods.

Few places in America have made more significant contributions to civil rights and social justice struggles for African-Americans, Women, Latinos, Immigrants, and Lesbian, Gay, Bisexual, and Transgender people than the Village, East Village, and NoHo. Now more than ever, it’s important to remember and pay tribute to that history and to the lessons learned from it.

To that end, GVSHP created a Civil Rights and Social Justice Map of the Village, East Village, and NoHo. Over the past year and a half we have built and continue to crowdsource this wealth of information.

Here are just a few of the highlights from the map and from the Off the Grid archive. 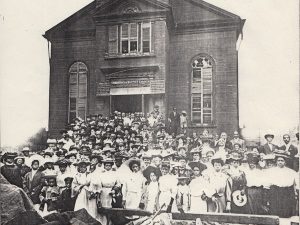 The Abyssinian Baptist Church was located here in Greenwich Village at 166 Waverly Place and had a congregation dating back to 1808. The congregation formed when a handful of free blacks withdrew from the First Baptist Church in New York in protest against the practice of segregating blacks in what was called a “slave loft”. Some of the protesters were natives of Ethiopia, then known as Abyssinia. The founding of the church was an affirmation of their African heritage and proudly called attention to the antiquity of Christian traditions in Abyssinia. The congregation worshiped in several places in Lower Manhattan until 1856, when the church bought the property at Waverly Place under the leadership of Reverend William Spellman. It soon gained a reputation as one of the richest black churches in the city. Despite some changes in leadership and disagreements over whether the church should be moved to Harlem, the congregation remained strong, and by 1900 claimed over one thousand members. Its choir was admired as one of the best in the city. The church also contributed to a number of charitable activities, including aid to its indigent members and contributions to city missions. The two buildings which currently stand on the site, 160-162 and 164-166 Waverly Place, were built in 1905 and 1907, which was around the time many traces of Little Africa began to disappear from the area.

Presidential hopeful Abraham Lincoln gave his celebrated Cooper Union address at the Cooper Union Foundation Building at Cooper Square between Astor Place and East 7th Street. Knowing the South was on the brink of secession, Lincoln focused his speech on the importance of preserving the Union by outlawing slavery in free states but not in the South, an institution he would later abolish in 1863 during the height of the American Civil War.  It was also at Cooper Union thatthe first public meeting of the NAACP took place. 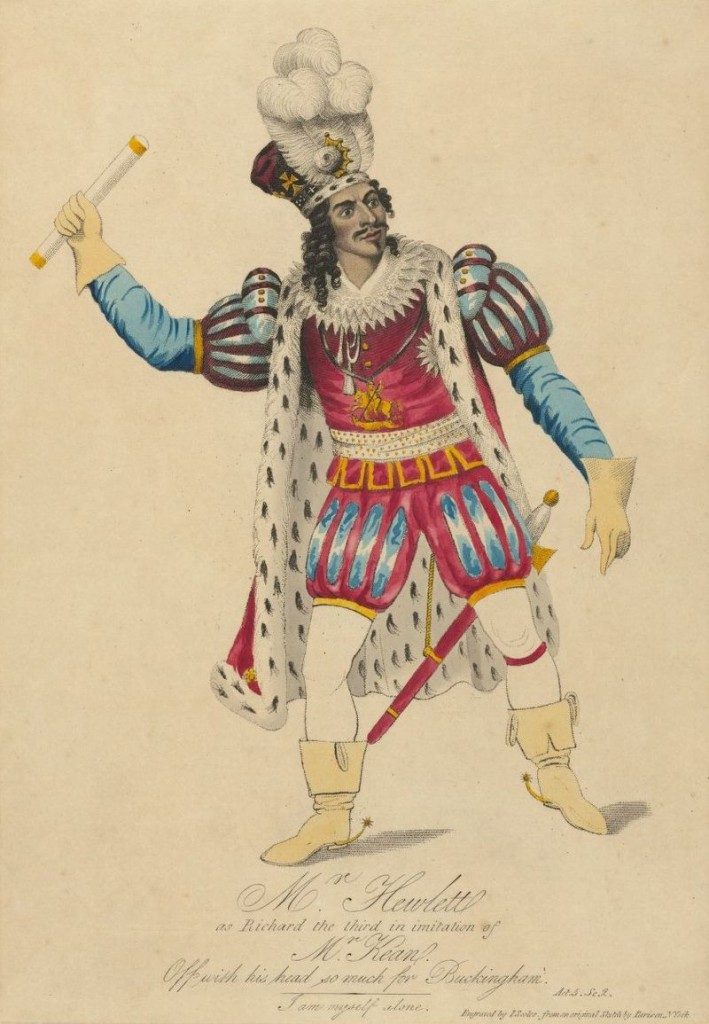 Greenwich Village in the early 19th century had a varied mix of racial communities living within its boundaries. As slavery was not formally abolished within New York until 1827, there existed both slave and free black communities, inhabiting an area around the now disappeared Minetta Creek (namesake for Minetta Lane/Minetta Street) known as “Little Africa.” Within this dynamic community and serving the local population were churches, bars, and for a period from 1821-1823 (1826 according to some records), a theater known as the African Grove Theater.  The African Grove Theater was founded by William Alexander Brown, a free African American and pioneering actor and playwright. Through his work as a ship’s steward, he traveled extensively through England and the Caribbean, where he was exposed to different types of theater. On his return to New York City, Brown bought a house on 38 Thompson Street and began his theater company, the African Company.

In 1948 W.E.B. DuBois, the African-American sociologist, historian, civil rights activist, and author taught the first course in African-American history and culture ever taught at a university at the New School for Social Research (now The New School).  The course was described in the school’s catalog as following “the development of American history with special emphasis upon the influence which persons of Negro descent have had upon the thoughts and activities of this country”.

Dr. King’s words in his “I’ve Been to the Mountaintop” speech are especially resonant today.    You can read the entirety of his speech here, but we thought it fitting to leave you with one beautiful passage:

“Something is happening in our world. The masses of people are rising up. And wherever they are assembled today, whether they are in Johannesburg, South Africa; Nairobi, Kenya; Accra, Ghana; New York City; Atlanta, Georgia; Jackson, Mississippi; or Memphis, Tennessee — the cry is always the same: “We want to be free.”

“Well, I don’t know what will happen now. We’ve got some difficult days ahead. But it really doesn’t matter with me now, because I’ve been to the mountaintop.”