Ida Tarbell was a trailblazing writer and investigative journalist –  although she famously did not like the term “muckraker” — who is best known for exposing the corrupt business practices of John D. Rockefeller and Standard Oil.

While she resided at 40 West 9th Street from 1901 until 1908, she wrote a collection of corrosive articles for McClure’s magazine that later became “The History of The Standard Oil Company.” The book was to become the catalyst that hastened the breakup of the corporate monopoly.

Ida Tarbell grew up in Cleveland, Ohio. The daughter of a small oil producer, she was forever changed at the age of 14 when she witnessed the Cleveland Massacre, where dozens of small oil producers in Ohio and Western Pennsylvania, including her father, were faced with a “Sophie’s Choice:” sell their businesses to the shrewd, 32 year-old John D. Rockefeller, Sr. and his newly incorporated Standard Oil Company, or attempt to compete and face ruin. Rockefeller proceeded to purchase 85 percent of the city’s oil refineries.  Tarbell’s father refused to sell which left the family business struggling to compete.

Almost 30 years later, Tarbell would redefine investigative journalism with the 19-part series in McClure’s, noted as a masterpiece of investigative writing, that brought down one of history’s most infamous robber barons and effectively broke up Standard Oil’s monopoly. Tarbell unearthed damaging internal documents, supported by interviews with employees, lawyers and—with the help of Mark Twain—candid conversations with Standard Oil’s most powerful senior executive at the time, Henry H. Rogers, which brought the company to its knees.

She became one of the most influential muckrakers of the Gilded Age, helping to usher in that age of political, economic, and industrial reform known as the Progressive Era. “They had never played fair,” Tarbell wrote of Standard Oil, “and that ruined their greatness for me.”

Tarbell later moved to The Hotel Griffou at 19 West 9th Street where she lived from 1909 until 1919.

She is also closely associated with the 1848 Greek Revival townhouse on East Tenth Street that was owned and occupied since 1923 by the Pen and Brush Club. Under the presidency of accomplished writer and suffragist Grace Seton, the Pen and Brush became – eight years before women were granted the right to vote – an established legal corporation: The Pen and Brush, Inc. Its founding mission was to offer opportunities for women in the arts at a time when women were excluded from membership in male-only arts club. The organization continued to flourish under the 30-year presidency of Ida Tarbell. Members have included Pulitzer Prize-winning authors Marianne Moore, Margaret Widdemer, and Pearl S. Buck, who also received the Nobel Prize in Literature; and renowned visual artists Isabel Whitney, Malvina Hoffman, Clara Sipprell, and Jessie Tarbox Beals.  The Pen and Brush Club sold the building at 16 East 10th several years ago.  The building was renovated and subsequently resold for a record sum. 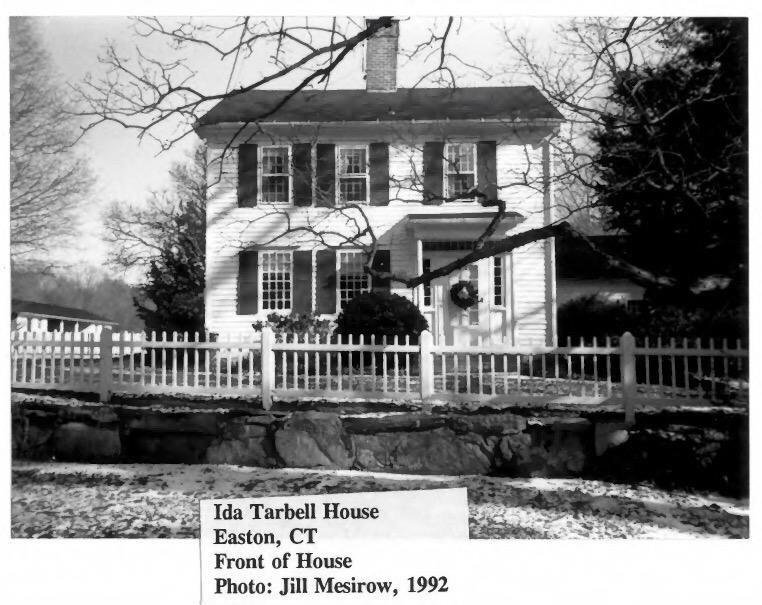 Tarbell herself bought a modest house in Easton, Connecticut, in 1906, from the proceeds of her Standard Oil exposé which was declared a National Historic Landmark in 1993.

One response to “They Lived on West 9th Street: Ida Tarbell”