GVSHP’s primary focus is between the Hudson and East Rivers, from Houston Street to 14th Street. Still, in 2016 GVSHP fought to secure the Sullivan-Thompson Historic District which dips 3+ blocks just below Houston and abuts the SoHo-Cast Iron Historic District, which was designated on August 14, 1973. 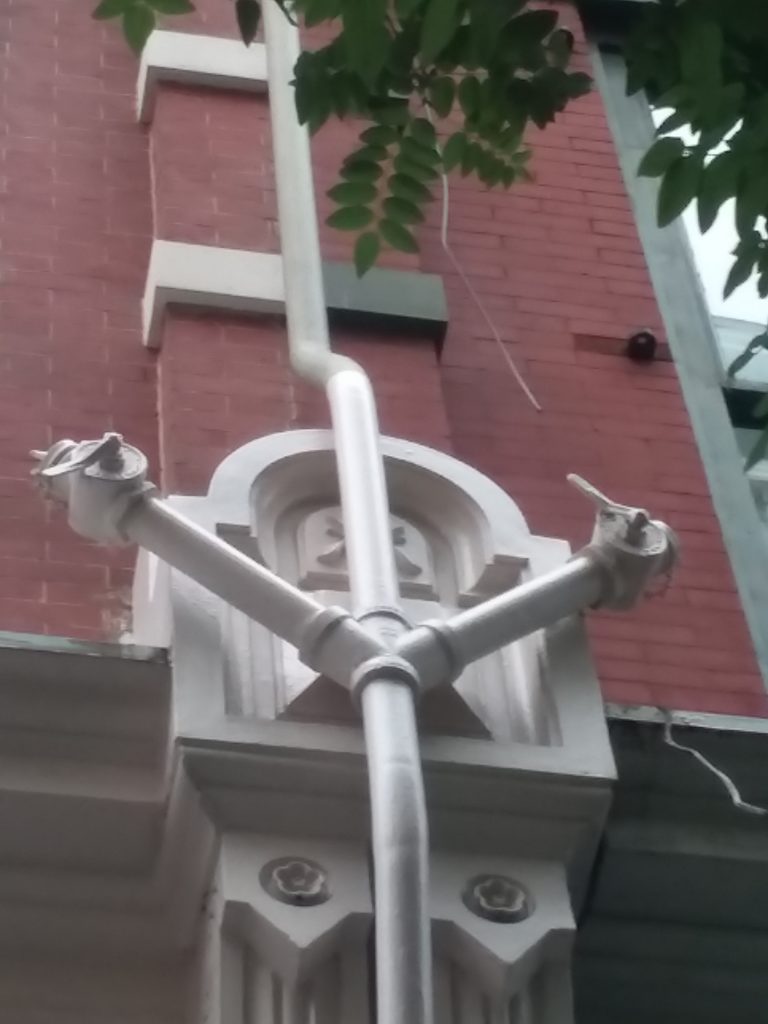 But the SoHo-Cast Iron Historic District, our historic neighbor to the south and east, is nevertheless a beloved part of our shared streetscape and history, and the pride of any New Yorker.

According to that designation report:

The hyphenated name, “SoHo-Cast Iron” was chosen for the designation of New York City’s twenty-third Historic District in order to suggest some of the diversity of the area. The “Cast Iron” portion of the name refers to the unique collection of cast-iron structures located within the District. “SoHo” meaning “South of Houston,” is the acronym adopted by a group of artists who moved, in the 1960s, into what then seemed to be a doomed neighborhood. They have given it a new life, making feasible the preservation of an irreplaceable part of our cultural heritage.

My eye was recently drawn to an element on a number of buildings that is not mentioned in the designation report at all.  On some buildings, pipes protrude along the facades, or go in and out of the face popping out at every floor towards the cornice and roof.  What are they? 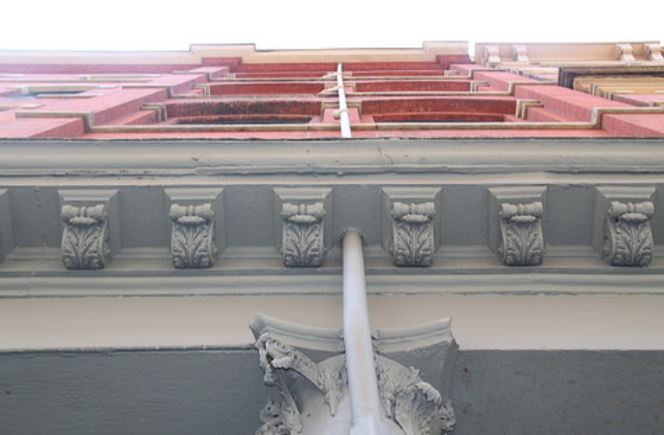 In that era “Fire was an ever-present danger and a constant fear in 19th-century urban life. Lower Manhattan had suffered disastrous fires… In the Historic District, which was the center of the dry goods trade, protection against fire was of special urgency.” External or outside hose and sprinkler systems were added to buildings.   The loft buildings held flammable materials, from cotton to feathers and the spread of conflagration was a constant fear for the city. 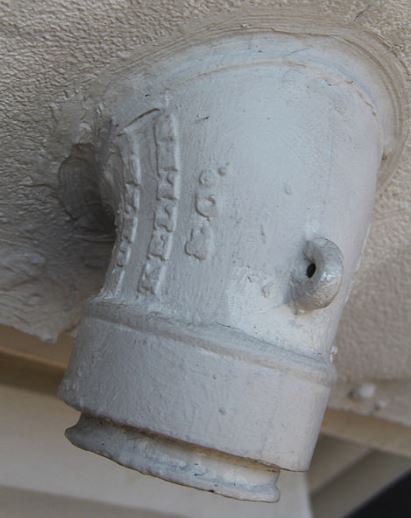 Fire protection and prevention standards were still emerging.  Even the fire escapes were often added after a building was done.  Fire insurance companies offered lower rates depending on a series of prevention and protection measured included in, or later added to a building. 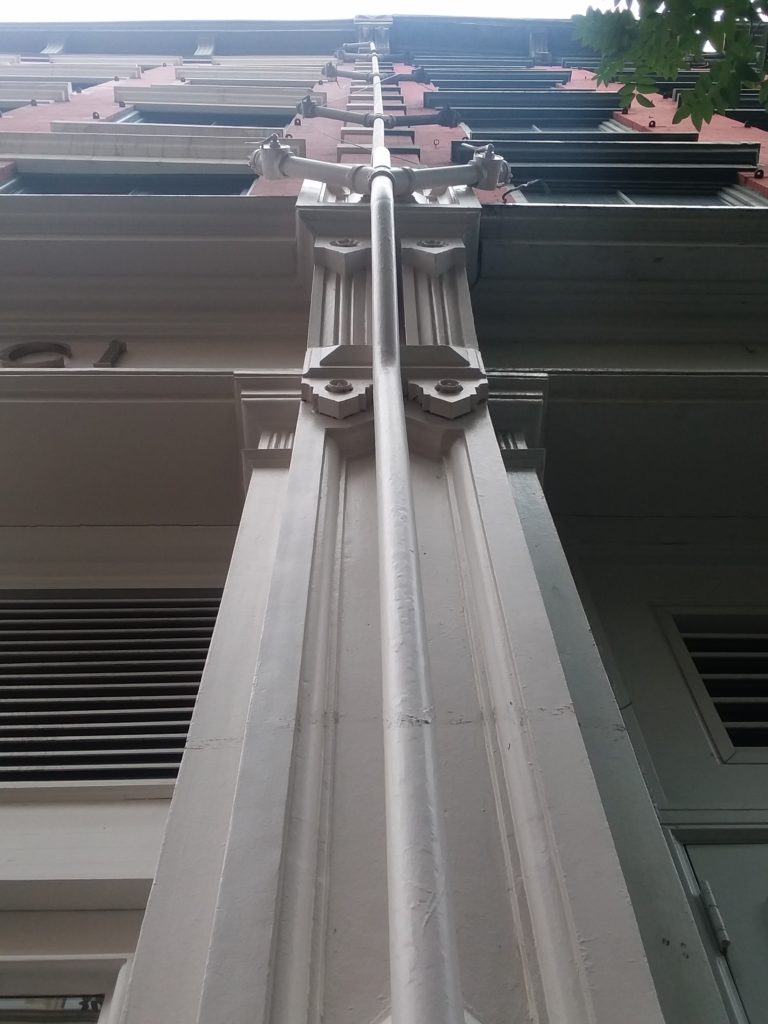 Though removed here and there along the way, these now obsolete pipes still linger on a number of buildings.  Sometimes they are painted over, and sometimes they are removed without any mention.  I could make out the name of one of the manufacturers on the ground level spout where firefighters would hook up the water.

And although not in our primary area of focus, there is an iron-clad connection between our neck of the woods and SoHo.  In the latter half of the 19th century, the east side hosted a number of foundries.  I wrote about the Foundry Marks you can still see even outside of SoHo. The cast iron from 483 Broome Street, for example was made at 705 East 12th Street.

So look up or down and you will see the architectural history still stamped on buildings over one hundred years old. Some of these remnants of fire prevention and fighting have long since been removed .  But some architects work to preserve and incorporate this distinct element in the restoration efforts. Cast a look for them when next walking in SoHo.