GVSHP is a proud leader and co-founder of the Friends of the Abe Lebewohl Yiddish Theater Walk of Fame.  As part of our ongoing efforts to celebrate and preserve this incredible historic resource, we are sharing with the public two related oral histories.  Thanks to Elissa Sampson, an urban geographer, Lower East Side Community Hero and Visiting Scholar at Cornell University’s Jewish Studies Program, we have posted the transcript of her sit-downs with Jack and Sharon Lebewohl, brother and daughter of Abe Lebewohl, the famed owner of the Second Avenue Deli and creator of the iconic Yiddish Theatre Walk of Fame.  They offer a fascinating look at family, history and the neighborhood.  Read the interview with Jack Lebewohl here and with Sharon Lebewohl here. 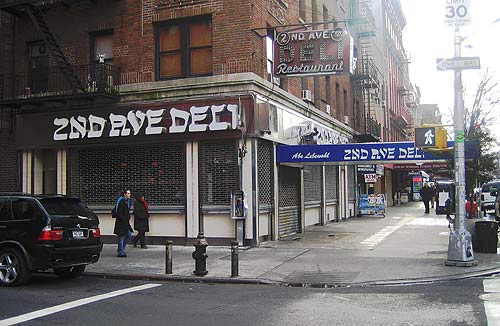 In the early decades of the 20th century, a vibrant Yiddish theater scene blossomed on the Lower East Side. Centered at Second Avenue and the Bowery, New York’s “Yiddish Broadway” offered dramas, comedies, and musicals that entertained and inspired thousands. In 1984, Second Avenue Deli owner Abe Lebewohl installed, in the sidewalk outside his beloved restaurant, a memorial to honor the stars of this once-thriving Jewish theater scene.

In the style of Hollywood Boulevard, Lebewohl embedded two rows of granite stars bearing the names of the best and brightest Jewish performers. Over 30 Jewish artists were memorialized in this way. Unfortunately the Second Avenue Deli closed its doors at this location in 2006 after Abe Lebewohl’s death. Luckily, the Walk of Fame remained despite the closure. But now this civic tribute is deteriorating.

In his oral history, Jack Lebewohl speaks of his family’s history when World War II started:

Jack discusses a bit how his brother Abe got the idea to honor the Yiddish stars and it’s history, and how some of the names were selected. Sharon a cheff and author of The 2nd Avenue Deli Cookbook, discussed the importance of the Walk and the preservation efforts:

This was really important to my father. He believed in the Yiddish Theater. He valued the fact that that’s where it happened, … in that neighborhood. It was devastating to me to see that they were worn, that they were damaged; you could no longer even see the names on them. So I was very thankful to hear that there were people who wanted to do something about that.

Sharon also reveals a bit about her father’s hard-working ethic:

I remember him calling me once; I’d just come home from school, I was in high school. And he told me that the dishwasher didn’t come in that day; “would I come to the Deli?” And I said “I don’t know how to wash the dishes, I know how to do it by hand, I don’t how to use the machine.” And he said “Come, and I’ll teach you.” He knew how to do that; he knew how to slice the meat. There’s wasn’t anything that he wouldn’t do. So [that] was very important to him, but he loved walking around the Deli talking to people. 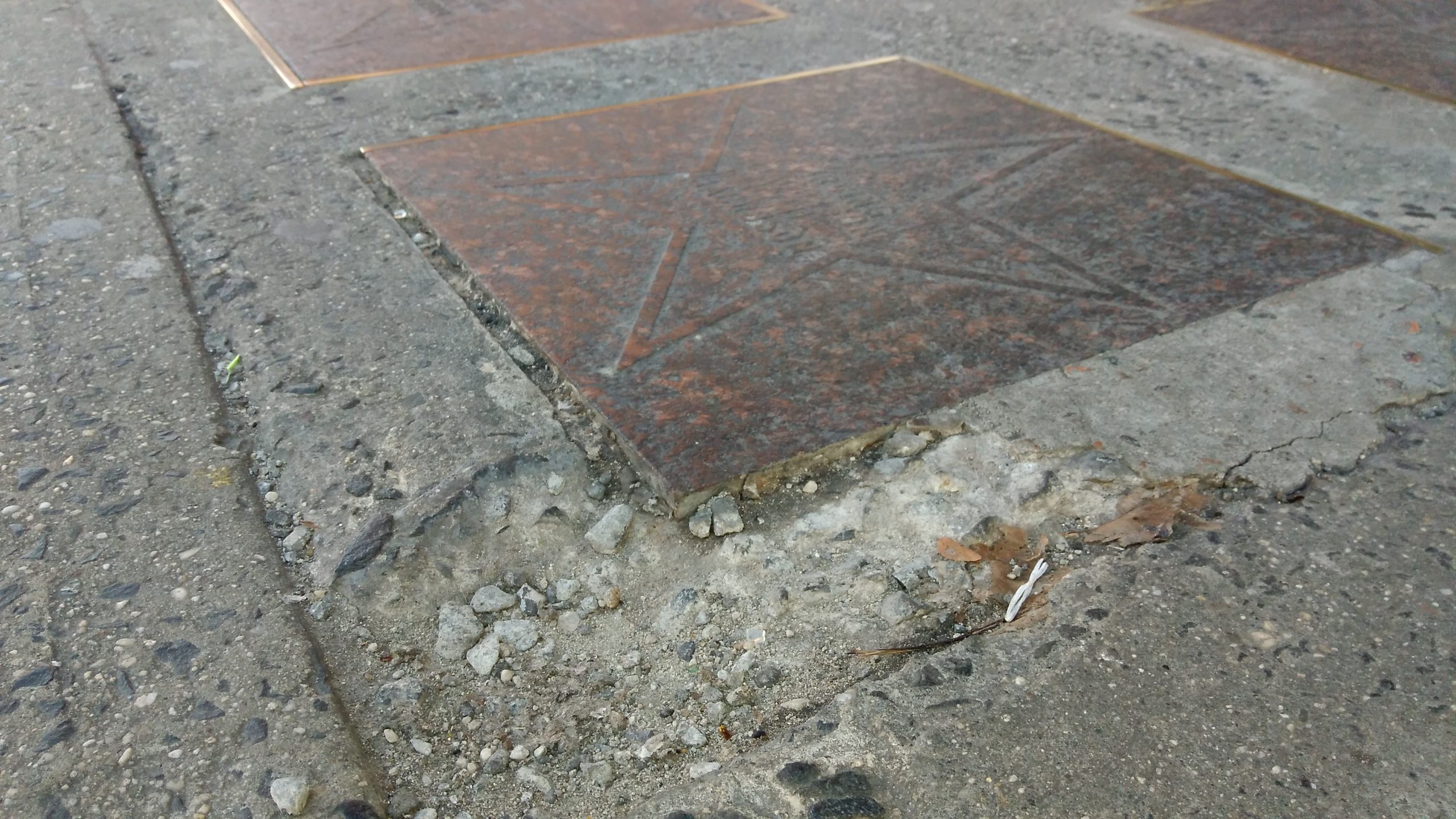 Not everyone on the walls of the deli were Yiddish stars. And the oral histories touch on other figures, as Jack Lebewohl mentions a heartwarming (and funny) story of generosity that involved his father and the late author and comedian Sam Levenson:

He was a nice guy; I’ll tell you an interesting story about him. My brother started doing a lunch for the Jewish blind, the Jewish Braille Institute, to host a lunch. One day they came down, and my brother would hire a comedian and pay him a few hundred bucks to perform. So my brother turned to SamLevensen and asked “how much do you want to perform.” So Sam asked my brother “How much are you charging them for the lunch?” My brother said “Oh, I donate everything.” And Sam Levensen goes “So if you have a mitzvah (good deed), why don’t you want so that I have a mitzvah?” He refused to take any money.

Abe Lebewohl was a man of great generosity.  And as Elissa Sampson notes in the oral histories, he “left us all a present, a matanyeh” (מַתַּנְיָה a great gift) with those Stars along Second Avenue.

Read the oral history interviews with Jack Lebewohl here and with Sharon Lebewohl here.  And you can sign the petition here to show your support for preserving the Yiddish Theatre Walk of Fame.