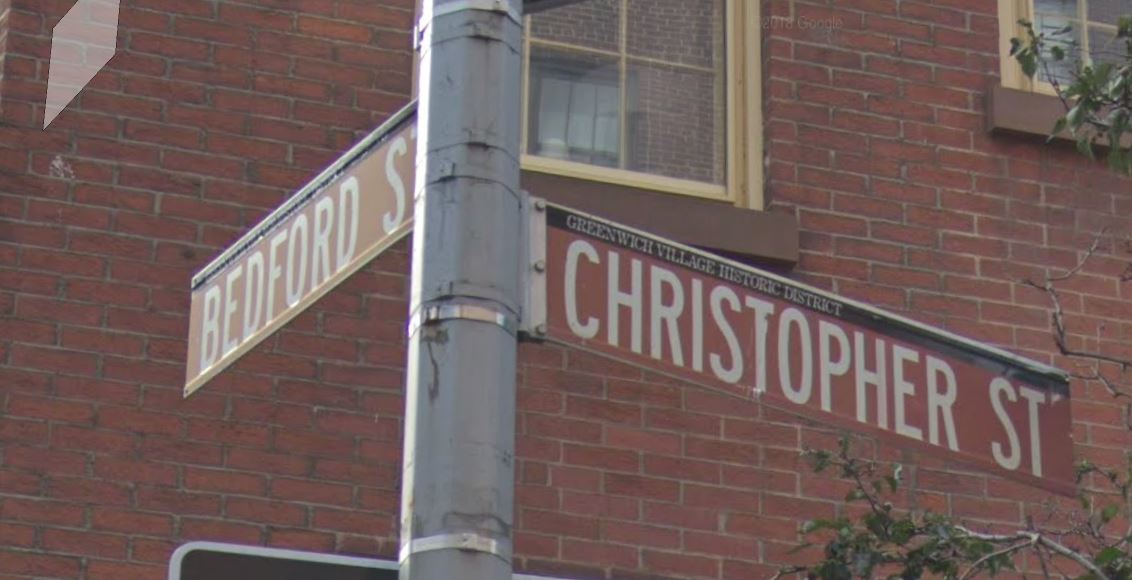 The land under much of Greenwich Village was developed as a tobacco farm by Wouter Van Twiller, who served as the fifth of seven Director-Generals of New Netherland from 1633 to 1638. Following Van Twiller’s death in 1654, his land was divided into three farms. The Trinity Church and Elbert Herring farms to the south and Admiral Sir Peter Warren’s farm to the north were divided by Skinner Road. Skinner Road was named for one of Warren’s sons in law, British Colonel William Skinner.

In 1799, Warren’s land was acquired by a trustee of Warren’s estate, Richard Amos, eventually passing to relative Charles Christopher Amos. He renamed Skinner Road Christopher Street, which makes Christopher Street one of the oldest streets if not the oldest street in the Village. He also named Charles Street after himself. Some believe he also named Amos Street after himself, while others believe it was named for Richard Amos. Charles Street remains, but Amos Street was renamed West 10th Street in 1857.

Amos also named Charles Lane after himself, but this is just outside the borders of the Greenwich Village Historic District. Along with Horatio Street, it is unique that these were named for first names, not surnames.

Christopher Park was created in 1835. Following a fire, local residents petitioned the City to condemn the triangular area and provide open space on the block bordered by Christopher, Grove, and West 4th Streets. On April 5, 1837 the City created Christopher Park.

Waverly Place was named after Sir Walter Scott’s 26-novel series known as Waverley published between 1814 and 1831. Waverley was the name of the first title, published in 1814, but Scott did not claim authorship until 1827 so all following books simply noted “by the author of Waverley”.  When Scott died in 1832, Villagers honored him by naming a street after the novel. Prior to 1833, it was known as Art Street.