This June is LGBT (Lesbian, Gay, Bisexual, and Transgender) Pride month as well as the celebration of the 50th anniversary of the Stonewall Uprising, and among the many events and announcements was the grand opening of the New York State WorldPride Welcome Center. Where? Greenwich Village, of course.  Located at 112 Christopher Street,  the new Center is steps from the Stonewall National Monument. WorldPride, the largest international LGBTQ Pride celebration, is coming to New York this month to coincide with the Stonewall50 commemorations, marking the first time it has been held in the United States. 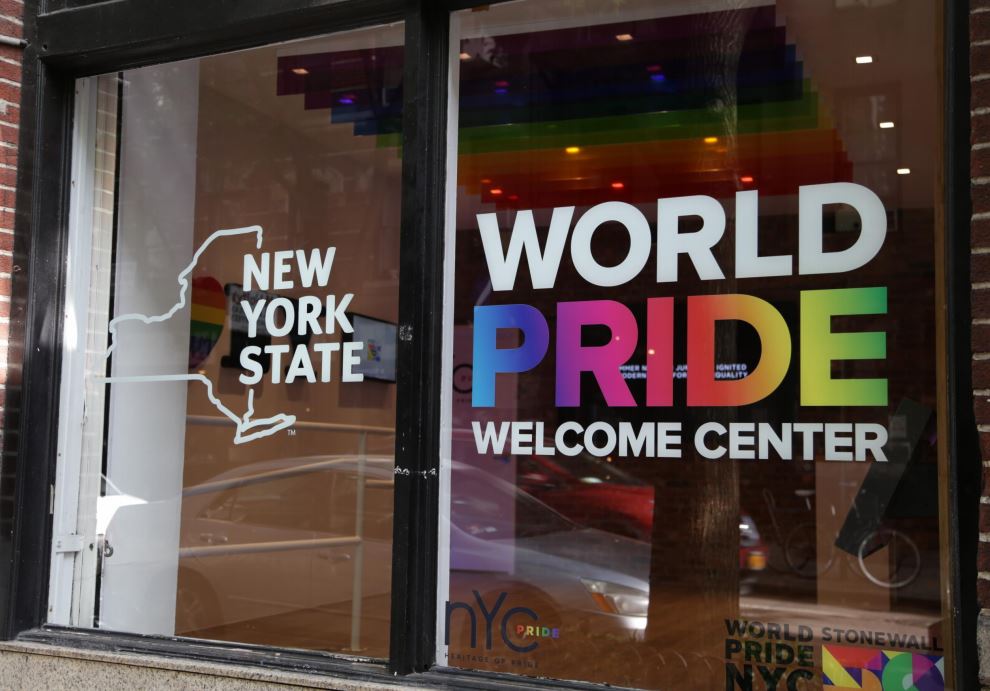 Pride is a special month for the LGBTQ community and for all New Yorkers, and with the 50th anniversary of Stonewall there is a lot to celebrate and commemorate. For the millions of people who visit the city or the millions of New Yorkers, the WorldPride Welcome Center will highlight the roots and accomplishments of the LGBTQ rights movement in New York and promote the state as a safe, welcoming destination with no place for hate. 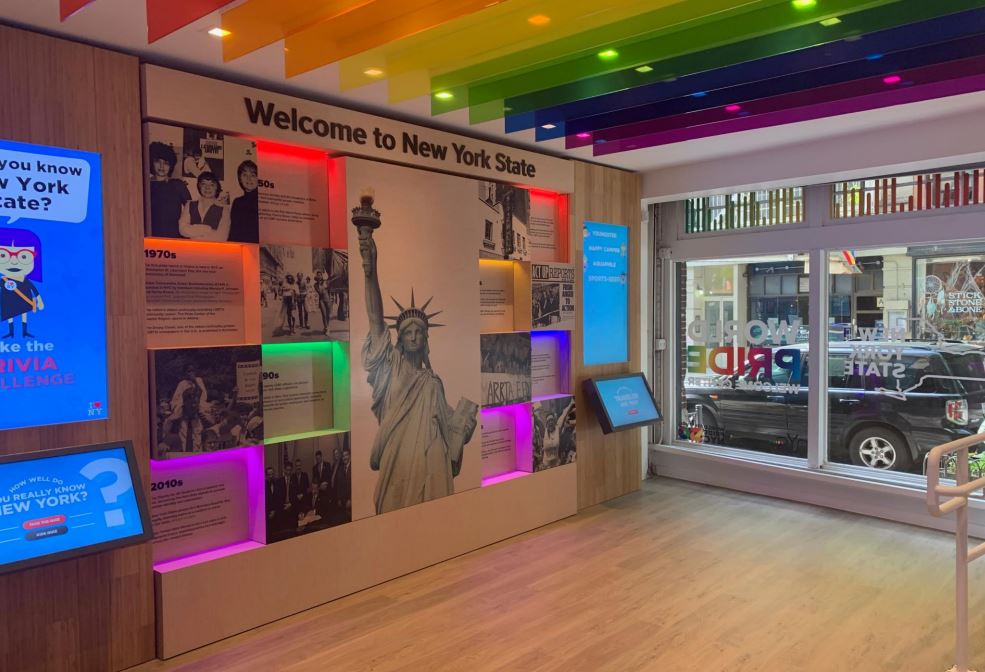 The Center was created in partnership with NYC Pride/Heritage of Pride and The LGBT Community Center, and is just blocks away from the site of the original Stonewall Inn. (And just this week The LGBT Community Center was itself declared a NYC Landmark, after five years of Village Preservation campaigning with partners and elected officials.) On June 28, 1969, LGBTQ community members began spontaneous demonstrations in response to police harassment and violence at the Stonewall Inn that lasted for days and are recognized today as the catalyst for the modern LGBTQ rights movement. The Welcome Center showcases New York’s role in the struggle for equality through a timeline gallery from the Mattachine Society and the Daughters of Bilitis in the 1950s, to the Stonewall Uprising in the 1960s, to the state’s Marriage Equality Act signed into law in the 2010s.

The rainbow pride colors are featured prominently throughout the Welcome Center. Visitors can take a picture at the selfie wall, featuring the I LOVE NY LGBT logo. Overhead, the center’s ceiling showcases a creative deconstructed interpretation of the pride flag, and the rainbow colors are also incorporated into the center’s shelves and lighting. 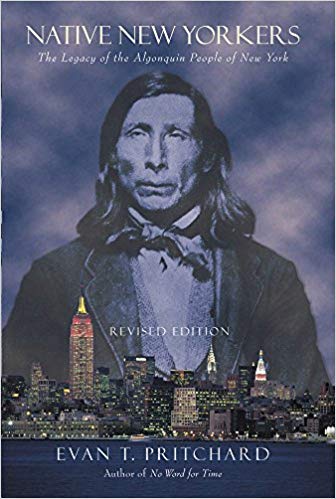 Encouraging travel and tourism is also vital piece of the Welcome Center’s mission. A video wall highlights destinations around the state popular with LGBTQ travelers and promotes special events scheduled to coincide with WorldPride. Interactive I LOVE NY kiosks allow visitors to test their knowledge of the state or create a travel profile that recommends attractions based on interest.  Of course, the logical home for such a Center was Greenwich Village, so make a visit! 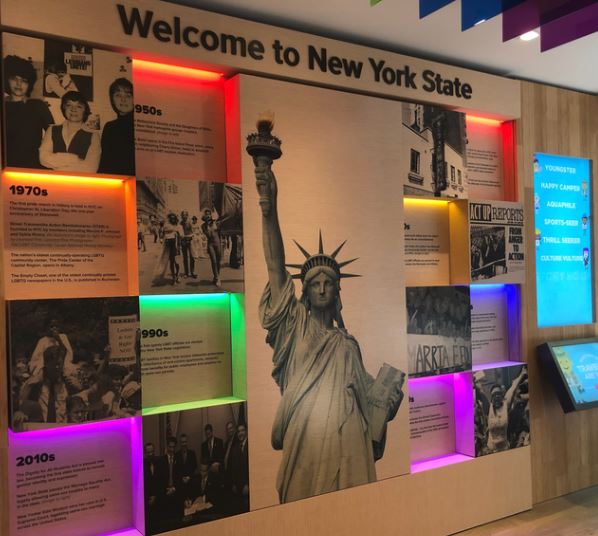