In the 19th century, the neighborhood around the north side of Washington Square Park was a prestigious residential neighborhood. Developers looked to expand this fashionable district, with elegant abodes lining the park and “spilling onto the north side of Waverly Place.”  But as the 19th century became the 20th, these homes on Waverly Place started to change, including No. 103, which in 1902 was demolished to make way for the home of the eight-story Hotel Earle. By 1907, the property next door, No. 105, had sprung up with an identical building to double the hotel’s width. And in 1916-17 the house at No. 101 Waverly, the Van Rensselaer mansion, was demolished to make way for the Hotel Earle’s Annex.

Some accounts give rather mournful descriptions of the hotel’s development, emphasizing the loss of the picturesque homes it replaced. But now a familiar figure at the corner of Waverly Place, MacDougal Street, and Washington Square North, the Hotel Earle – renamed the Washington Square Hotel in 1986 – has plenty of its own history to celebrate.

A Century of Creatives

Probably the most noteworthy aspect of the Washington Square Hotel is its guest book. Located so centrally in Greenwich Village, steps from the neighborhood’s popular restaurants, concert halls, and hangouts, a who’s who of 20th-century music and literature spent their nights (or exhausted mornings) at 103 Waverly.

The Washington Square Hotel’s website offers a look at a handful of these celebrities who stayed there. First they mention that “a young and dashing Ernest Hemingway” (not yet a novelist, but a junior journalist) stayed at the Earle in May 1918 before leaving to serve in World War I. His letters from the time give a fascinating, detailed account of his stay in New York.

Another literary favorite who slept at the Hotel Earle: none other than Dylan Thomas. In the early 1950s, after being evicted from the Beekman Hotel on 1st Avenue and 49th Street, he and his wife Caitlin found a room “right in Washington Square, a beautiful Square, which is right in the middle of Greenwich Village, the artists’ quarter of New York.” In walking distance from favorite Village bars and restaurants, Thomas must have enjoyed his time here. Accounts also describe that, by the 1950s, the hotel’s sophistication had fallen. So, as its atmosphere became more laid back, room prices dropped and the bohemians started to come around.

The Washington Square Hotel’s history page also lists some of the musicians who stayed there. Some of the most iconic names in early rock and roll rented rooms at the Hotel Earle, including Bo Diddley, who stayed there “every time he played in NYC,” and the legendary Chuck Berry.  Then in 1964, the Rolling Stones had their first American tour. Their first stop, naturally, was New York, and the Hotel Earle served as “their home base.”

And, perhaps most notably (or most documented, it seems), Bob Dylan stayed at the Washington Square Hotel. He first rented a room there in 1961, the year he arrived in New York and shortly before his first “major gig” at Gerde’s Folk City. His stay cost him $19 a week. Three years later he returned to the Hotel Earle with Joan Baez. The couple shared Room 305 and, countless sources will tell, Baez recalls their stay in “Diamonds and Rust,” describing “that crummy hotel / Over Washington Square.”

John and Michelle Phillips of the Mamas and the Papas took up residence here, too, and wrote their classic “California Dreamin’” there. John Phillips tells the story of walking around New York in the snow with Michelle, a Southern Californian miserable in the cold. The inspiration for the song struck in the middle of the night at the Hotel Earle (though it might have been the Hotel Albert on University Place – it remains unclear). Other world-famous musicians like Joni Mitchell, Barbra Streisand, and Dee Dee Ramone also spent time at this “seedy apartment hotel.” And just imagine all their friends who might have stopped by!

Purchased in 1973 by Daniel Paul and his family, the hotel has been lovingly restored since its rougher, artist-filled years and remains a family-operated business. Daniel’s daughter, Judy, and her husband Marc Garrett keep the hotel going strong, for newcomers and return visitors alike to enjoy some Village history. Judy and Marc partner with The Village Trip, an annual “portable festival” bringing the neighborhood’s past to life. 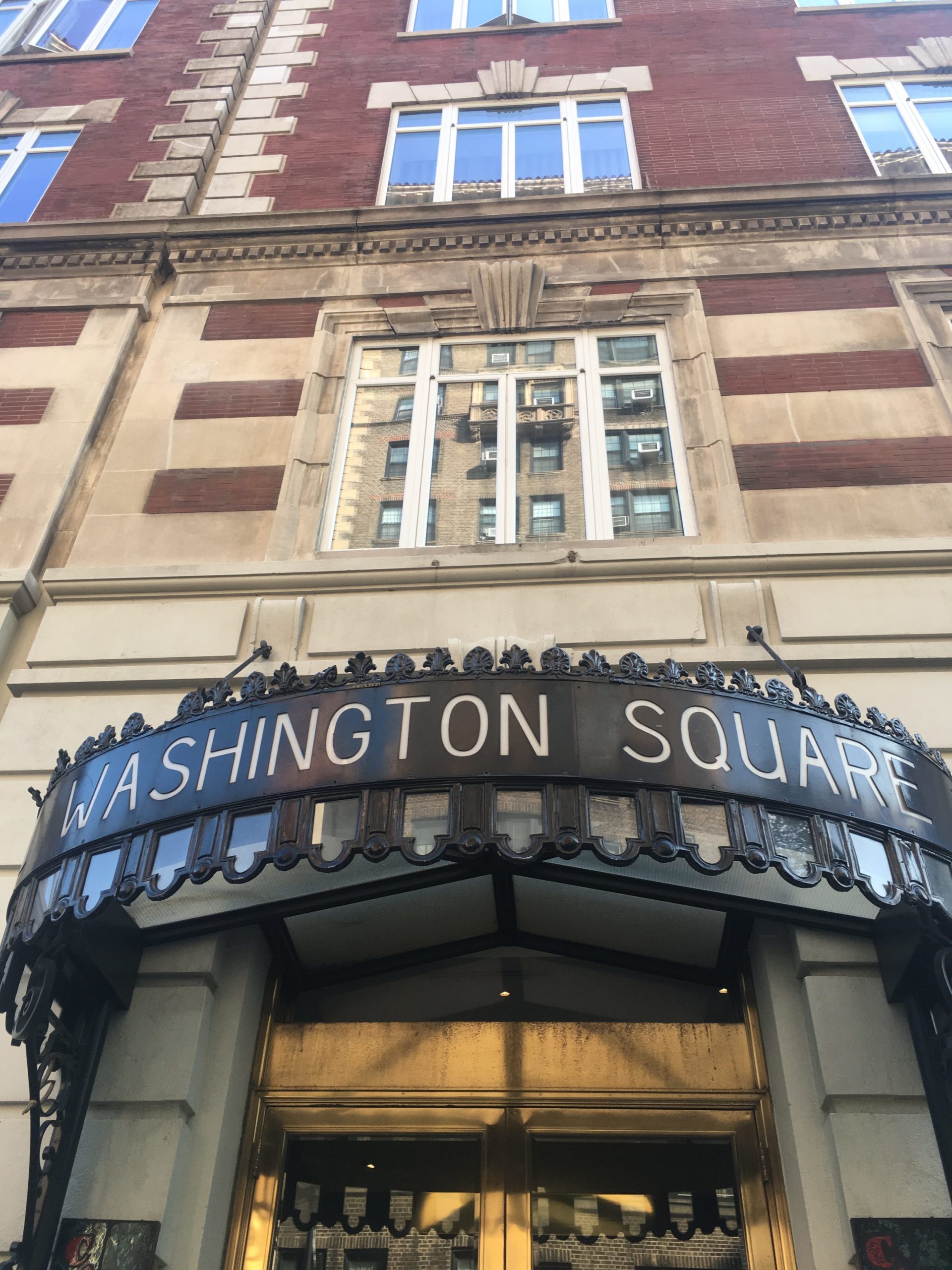 Also, situated right in the original Greenwich Village Historic District, the Washington Square Hotel generously partnered with Village Preservation for our GVHD50 weekend celebrating the 50th anniversary of the designation of the Greenwich Village Historic District, which the hotel is located within. They helped spread the love for this exciting milestone, and we’re so glad they did!

8 responses to “If the Washington Square Hotel Could Talk (or Write, or Sing)”