The streets, parks, and squares of the Greenwich Village Historic District are named for a unique collection of historical figures. In honor of the 50th anniversary of the Greenwich Village Historic District (GVHD), we have developed a guide to how these locations got their names. Click here to read other posts about the origins of GVHD Street names. 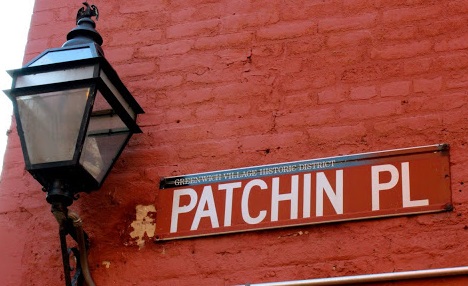 Mapped in 1799, some believe that Commerce Street was one of four local streets named for French Revolution virtues along with Art Street (now part of 8th Street), Science Street (mapped on paper but named Waverly Place when constructed), and Reason Street (renamed Barrow).

However, many historians claim that Commerce Street was named after the businesses that relocated to the area following a large Yellow Fever outbreak in 1798.

Barrow was originally named Reason Street after Thomas Paine’s Age of Reason, the first part of which was published in 1795. Paine fell from favor in the early 19th century with both the general public (specifically religious Christians), and Trinity Church (which owned land on the street), because Age of Reason argued for Deism in lieu of organized religion. In fact, for years, many derisively referred to Reason Street as Raisin Street, mocking the author and his works (more here).  The street was then renamed Barrow Street in 1828 for Thomas Barrow. Barrow was an artist, wealthy landowner, and vestryman at Trinity Church. He became famous after his 1807 print of Trinity Church burning to the ground on September 21, 1776, was widely distributed.

According to the 1901 Landmark History of New York, John Morton was a prominent merchant, delegate of the second New York Congress, and was known as the “rebel banker” because of the large amounts of money he advanced to the Continental Congress. However, most believe that it was named for Jacob Morton. Jacob was a prominent lawyer in the early 1800s and served as general of the first militia of New York for over 30 years.

Prior to the mapping of Patchin Place and Milligan Place, this area was part of a farm belonging to Sir Peter Warren. In 1799 it was sold to Samuel Milligan. Milligan hired Aaron D. Patchin, who surveyed the farmland in 1799. Patchin ended up being more than just an employee to Milligan; he would go on to marry Milligan’s daughter, Isabella.

Interesting Fact: The homes on Patchin Place and Milligan Place were reportedly originally built as housing for the Basque staff of the Hotel Brevoort.