The Attica Prison Riots, which took place September 9th through 13th, 1971, rocked the entire country. The bloodiest prison disturbance in recent American history, the riot was unplanned but ignited at a time of deep unrest among the prison population. The prisoners spent the four days of the riot/uprising in negotiations for better conditions, dignity, and access to their loved ones. In that process, they called upon a select few to act as observers, including two Villagers. These two men, David Rothenberg and William Kunstler, were well known for their social justice work, with former prisoners and in the courtroom, respectively. Their work continues to inspire movements in the ongoing fights for human rights and justice, legacies which run deeply in the streets and hearts of Greenwich Village.

Background on the Attica Riots/Uprising

In September 1971, there were nearly 1,300 inmates in the Attica Correctional Facility in upstate New York. The riot was sparked on September 9, 1971 by long-standing and ongoing complaints about human rights abuses by guards and officials, and lack of adequate living conditions within the prison. That summer, inmates wrote a list of 27 grievances, which were ignored, but would be revisited as part of their negotiations following the uprising.

When the uprising happened, the days following involved intense negotiations between officials and the prisoners, who had taken 42 hostages in the initial hours of the riot. When negotiations began on September 10, the prisoners demanded the presence of outside onlookers, lawyers, and others to ensure that there were third-party, sympathetic eyes on the process, and that the inmates’ rights would be considered and respected. This team of observers included journalists, elected officials, and two Villagers: prison abolition and community support worker David Rothenberg, and civil rights lawyer William Kunstler. 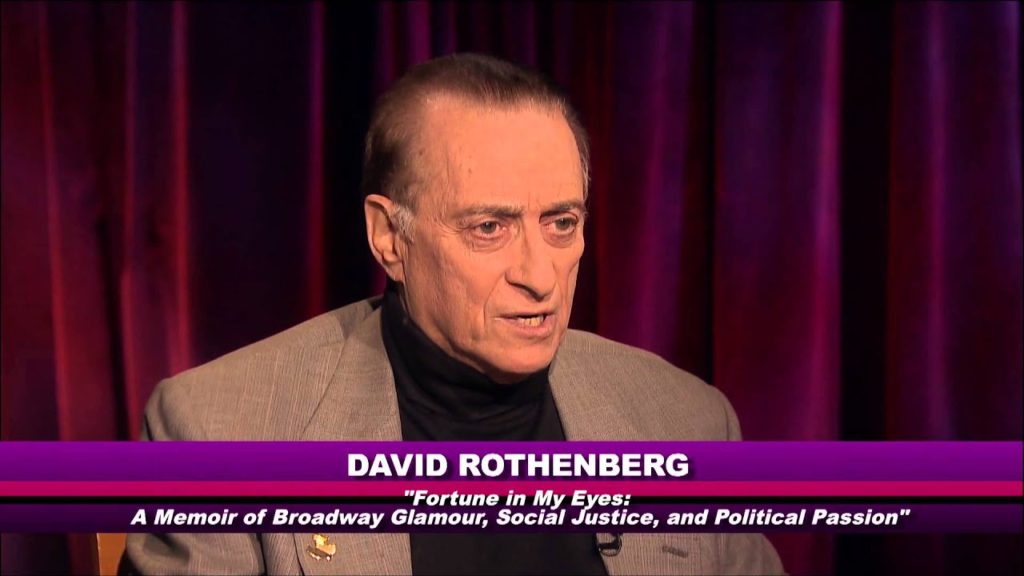 David Rothenberg began his career as a producer and publicist for productions on and off-Broadway at many Village theaters. In 1966 he read a script that would change the everything. The play, which he produced at a Village theater, was called “Fortune and Men’s Eyes,” and was written by a formerly incarcerated playwright named John Herbert. This play inspired Rothenberg to found The Fortune Society, to advocate for people impacted by the criminal justice system.

David was one of the few outside observers who was invited into the yard of Attica, surrounded by over 1,000 incarcerated individuals and 42 guards they had held hostage. Although Attica ended tragically, it succeeded in raising public awareness of the horrors of the prison system and further raised David’s profile and the stature of The Fortune Society as one of the few organizations willing to speak on behalf of those directly impacted by the criminal justice system.

Preeminent radical lawyer Bill Kunstler, whose home and office was located for years at 13 Gay Street, defended the rights of the most controversial of clients until his death in 1995. Kunstler was famous for representing Freedom Riders, Black Panthers, and the Chicago Eight (later the Chicago Seven). Bill represented leaders of the American Indian Movement who occupied Wounded Knee in 1973, and along with his partner Ron Kuby, he also represented Yusef Salaam, one of the Central Park Five teens of color coerced by the police to give false confessions to a crime they didn’t commit. In 2002, the Central Park Five were exonerated.

Kunstler was an active member of the National Lawyers Guild, a board member of the American Civil Liberties Union, and also co-founded the Center for Constitutional Rights, the “leading gathering place for radical lawyers in the country,” which was led for years by Michael Ratner, who lived at 124 Washington Place.

Bill was asked to observe the 1971 Attica Prison Uprising and represent inmates who challenged the inhumane conditions at the prison. He spoke with the prisoners about their rights, strategies for negotiation, and how to speak to the press.

As such a prominent radical lawyer, Kunstler was, of course, a polarizing figure. Many on the right wished to see him disbarred, while many on the left admired him as a symbol of justice in law. Legal writer Sidney Zion is quoted saying that Kunstler was “one of the few lawyers in town who knows how to talk to the press. His stories always check out and he’s not afraid to talk to you, and he’s got credibility—although you’ve got to ask sometimes, ‘Bill, is it really true?’”

Kunstler also appears on our Civil Rights and Social Justice Map, which you can access at www.gvshp.org/civilrightsmap.

The End of the Takeover and After Attica

On Monday, September 13, 1971, tear gas was dropped into the Attica Prison yard and State Police troopers opened fire non-stop for two minutes into the smoke. Hostages and inmates who were not resisting were among the victims of the indiscriminate shooting. Former prison officers were among the participants in the raid, a decision called “inexcusable” by the commission established by New York State Governor Rockefeller to study the riot and its aftermath. In all nine hostages and 29 inmates were killed during the assault, while a tenth hostage died a month later of gunshot wounds received during the assault.  Additionally, one officer was fatally injured at the start of the uprising and four inmates were subject to vigilante killings. The New York State Special Commission on Attica in its report said: “With the exception of Indian massacres in the late 19th century, the State Police assault which ended the four-day prison uprising was the bloodiest one-day encounter between Americans since the Civil War.”

After the Attica uprising, the New York State Department of Corrections began a grievance procedure for imprisoned people to have a voice in their experiences of imprisonment. Systems were also put in place to ensure that inmates can send and receive mail (one of the prisoners’ complaints at Attica) and that prison leadership keeps connected and organized to avoid major conflicts. The treatment of prisoners is an ongoing issue in America, a country that is home to 4% of the world population but 22% of the world’s prisoners, and so the legacy of Attica lives on.

The Attica uprising is often credited as birthing the modern-day prisoners’ rights movement, including The Fortune Society. The work of Villagers Rothenberg and Kunstler (and others, especially one-time Villager Angela Davis, who spent time at the Women’s House of Detention in the spot that is now the Jefferson Market Garden) shaped the prison abolition, prisoner support, and legal justice movements immeasurably.