Artists and photographer Carole Teller donated hundreds of photographs to Village Preservation that she took from the 1960s-1990s. An East Village resident for over fifty years, Carole so beautifully and thoroughly documented her neighborhood’s architecture, daily life, and many quirks, we have had to dole it out in multiple parts in our Historic Image Archive (see Part I, Part II, Part III, Part IV and Carole’s collection of photos of the Godfather Part II being filmed on the streets of the East Village). She just donated several dozen new (to us) photos she took of Greenwich Village, the East Village, and NoHo in the 1980s and 90s, and by what may be somewhat of a coincidence (or perhaps just a reflection of how much the small business landscape of these areas has changed during this time), they show a remarkable number of shops, many of which were beloved local institutions, which can no longer be found here.

In 1998, Carole was working at P.S.41 on 11th Street between 6th and Greenwich Avenues.  On what seems to be one day, she photographed and captured many of the small businesses on 6th Avenue between 10th and 11th Street. 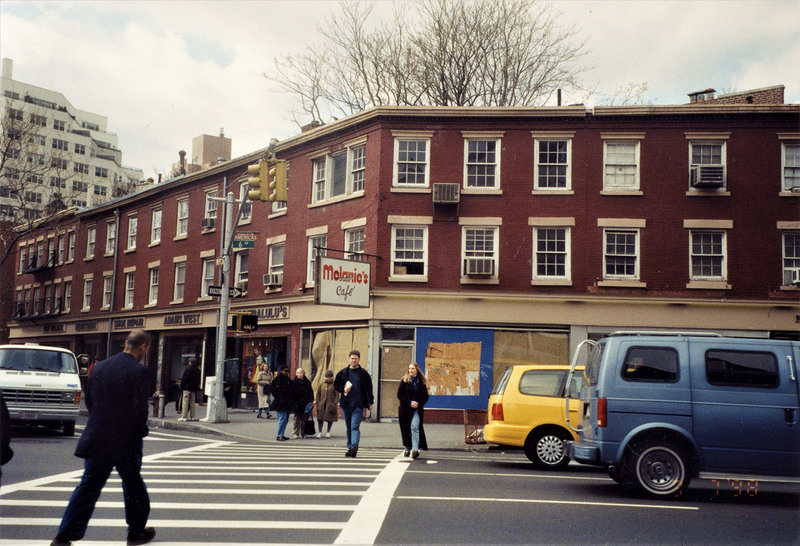 As part of the Greenwich Village Historic District, these houses above on the northwest corner of Sixth Avenue and 10th Street, between Patchin Place and Milligan Place, look much the same now as they did in 1998 ago when Carole took this picture. But some of these businesses are long gone, such as Melanie’s Cafe. Think Pink Nails has now been located at this corner for over ten years. Children’s clothing store Bombalulus is still there, Adams West closed around 2009 and is now a barbershop, The Kinsman. The shoe repair store is still there, while the farthest west retail units on that block have turned over a number of times. Ciao For Now was located there for over five years, and after closing its East Village location in 2018, is now exclusively a caterer.

Just north of Melanie’s Cafe in a location now also taken over by Think Pink Nails once sat New World Coffee, a 1990s coffee chain. Its first NYC location opened in 1993 in the West Village. It operated approximately two dozen NYC stores before losing out to Starbucks and their enormous economy of scale advantage. I love this photo as it recalled my days working as a New World Coffee barista on the Upper West Side at approximately this same time, 1998-99, when I was a high school senior. 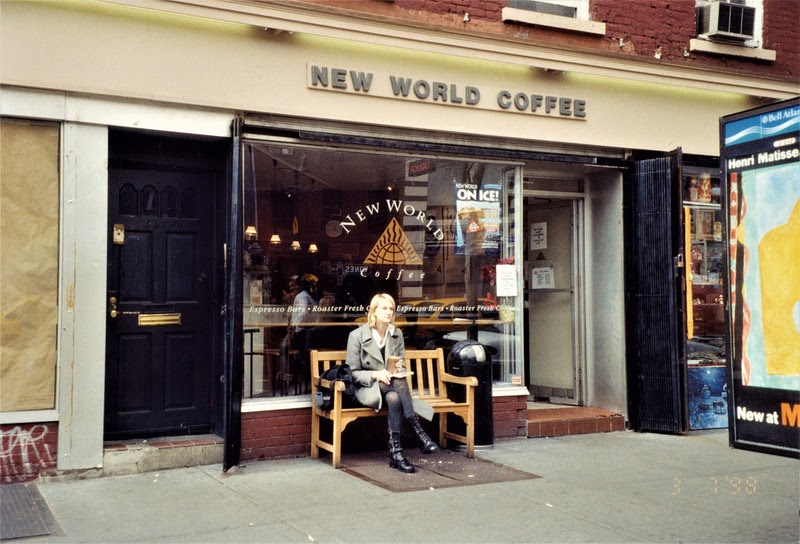 To its north, this Russian Arts store was replaced by the expansion of Think Pink Nails prior to 1999. You can tell this photo is from the mid-1990s simply by what people are wearing. It looks like the man on the left is looking at his cell phone but this is 1998, so I would guess he is using his two-way pager to text his friends about Mark McGuire or Monica Lewinsky or something else people discussed in 1998. 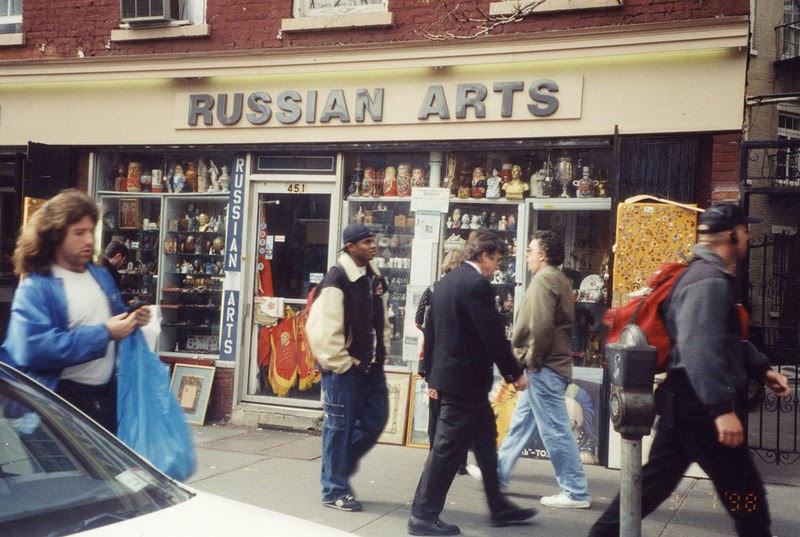 This photo in between the Russian Arts store and Sammy’s Noodle Shop shows the entrance to Milligan Place. Click here to read more about Milligan Place. 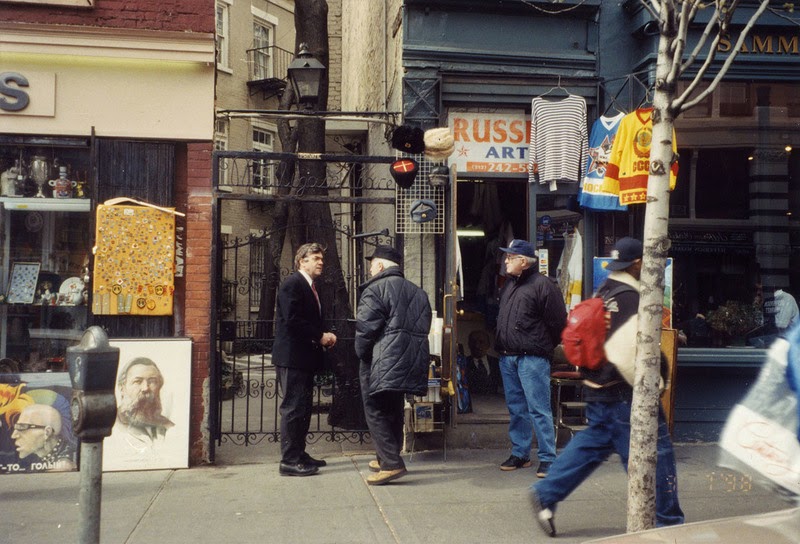 Sammy’s Noodle Shop has been in this location since May 1995 and is still a 6th Avenue fixture. I have been eating here since they opened and highly recommend the Spicy Beef in Chili Black Pepper Sauce. 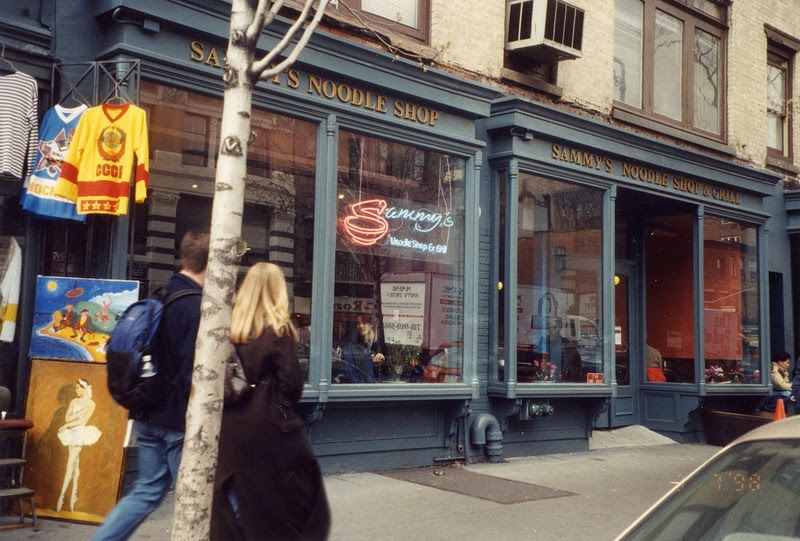 French Roast was located on the southeast corner of 6th Avenue and 11th Street for about 20 years. In 2017 it closed and it was rumored that it would reopen in the same location. However, in November 2017, the Mexican restaurant La Contenta Oeste opened here instead. 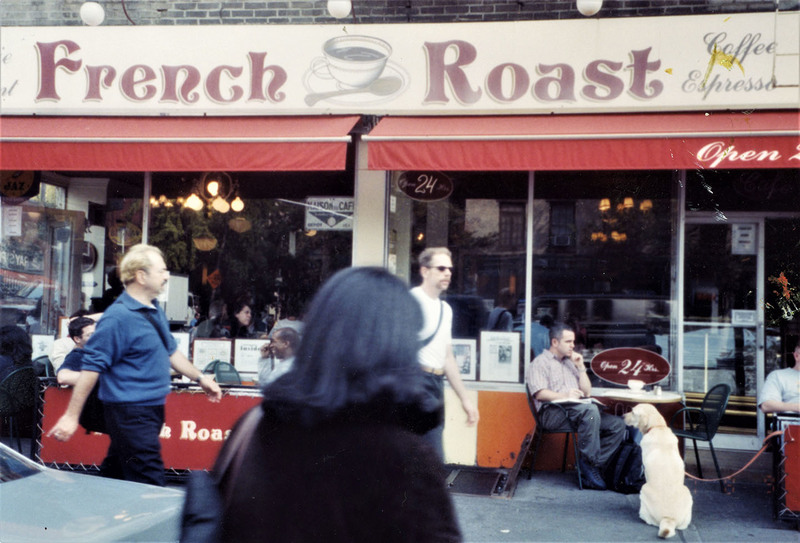 Jefferson Market was a deli that was originally located at 445 6th Avenue. It moved across the street to 450 6th Avenue (shown here) in the mid-1990s. Their sign notes “Established in 1929”. Unfortunately, they closed for good around 2010. 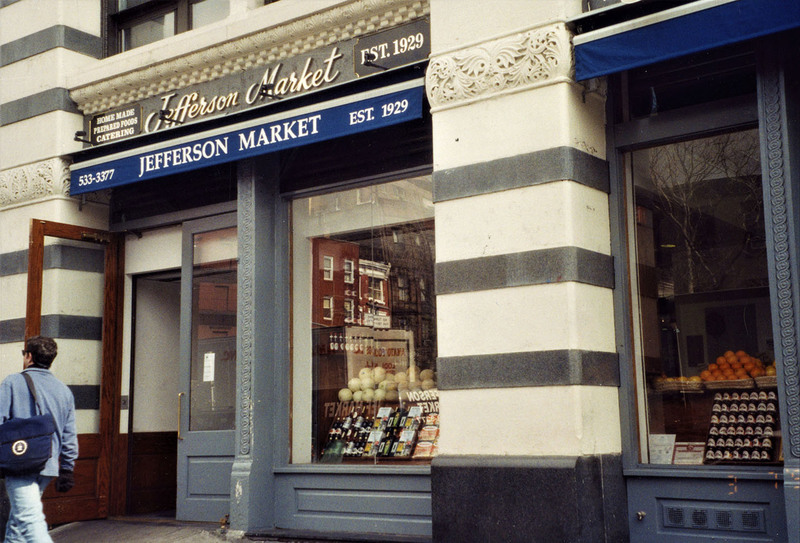 448 6th Avenue is still a wine store but since at least 2011 it has been the Village Vintner. According to their sign, Village Vitner opened in 1935. 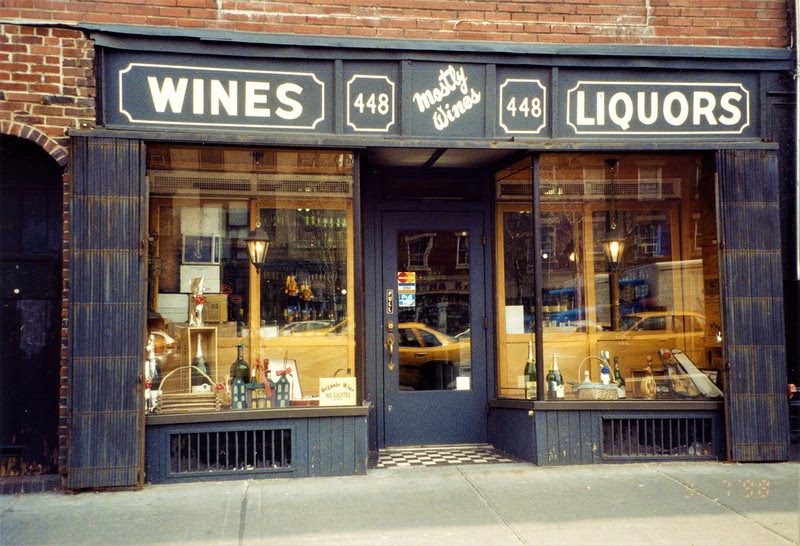 446 6th avenue has been Ansonia Pharmacy since at least 2007, replacing this art gallery and framing store. 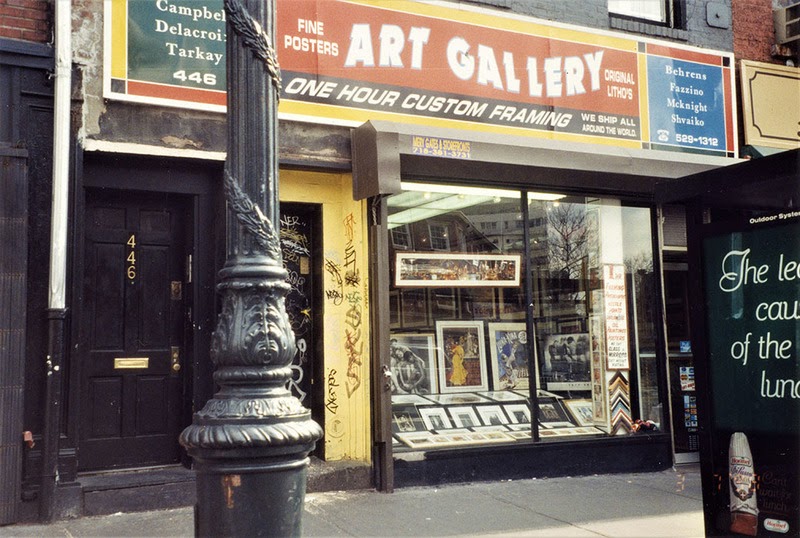 Believe it or not, this is just a fraction of the new collection of Carole Teller photos.  To see the whole collection, which include images of the East Village’s departed Mars Bar, CBGBs, and Frutti di Mare, as well as NoHo’s sadly no-longer-extant Peace Pentagon and Jones Diner, click here.  To view our entire historic image archive of nearly 2,000 images, go to www.archive.gvshp.org.