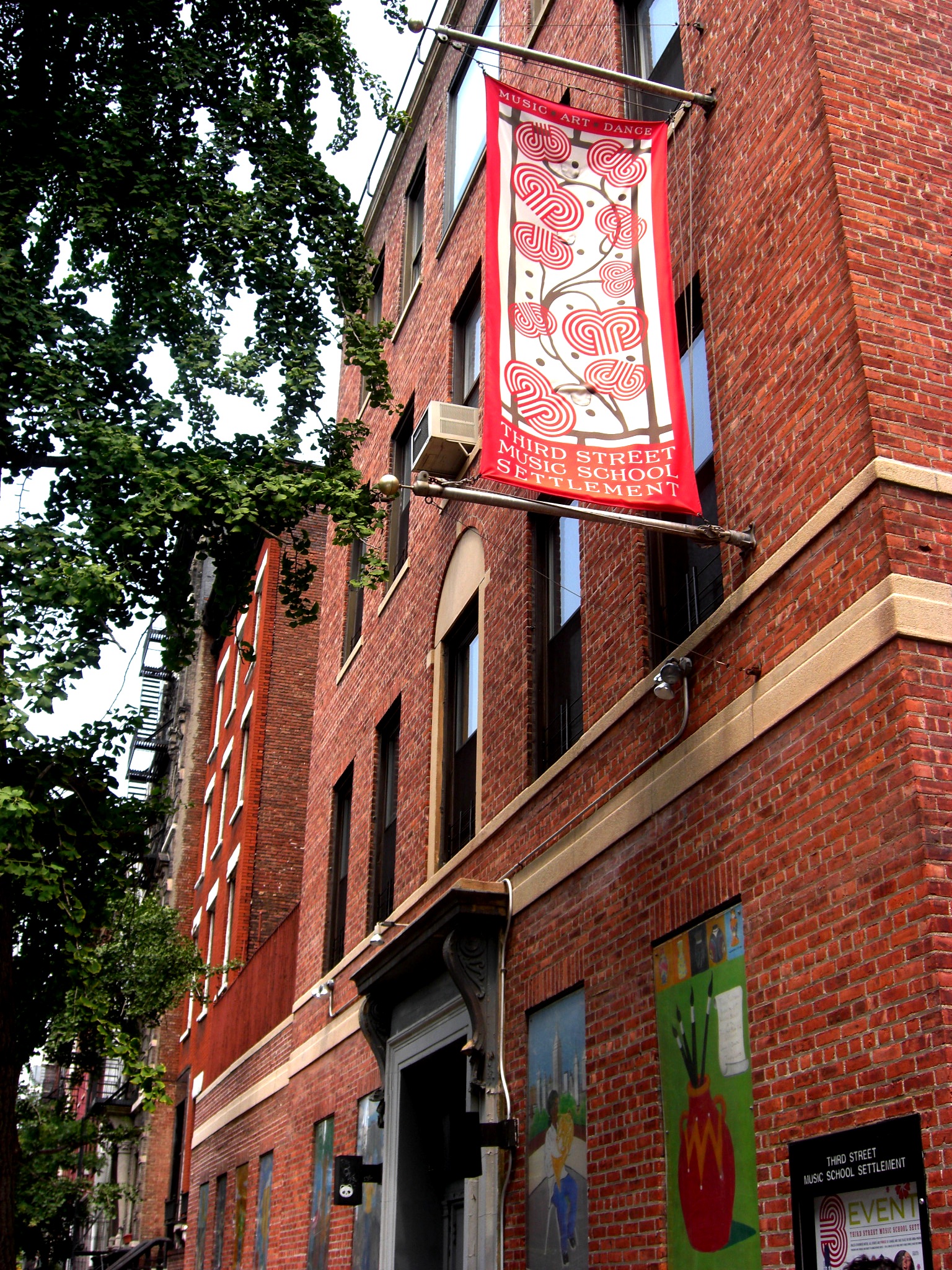 Wagner graduated from college at 15 years old in 1894 and moved to New York. Her goal was to help poor children of the Lower East Side with music to provide a source of spiritual and cultural nourishment, inspire achievement in its young students, and serve as a universal language for the community’s Jewish, Irish, Italian, Russian, Greek and Hungarian immigrants.  Families would receive additional social services. According to her obituary, “She arrived in the city with only $50 in her pocket, but with a technical knowledge of the piano and violin and with the courage of her convictions.  Shortly after her arrival, she heard some children singing at the Sea and Land mission in Chatham square and asked the preacher if he knew any young persons who would like to have music lessons. He got together a small class for her and thus the Music School settlement was born.”

Emilie wanted the children to associate music with self-respect and dignity. To accommodate her growing number of students, she became a social settlement resident at a College Settlement located at 95 Rivington Street.

In 1974 the school moved to 233-239 East 11th Street where it remains today (when Third Street moved out their quarters were taken over by another East Village institution dedicated to serving and enriching the lives of those in need, the Catholic Worker Maryhouse).  This five-story brick building (right across the street from our offices) was constructed in 1925 as a hospital for the St. Marks Hospital Association. Its certificate of occupancy was changed in 1945 for use as a private school (find out more about the building and its history on our page dedicated to it on our East Village Building Blocks website at www.gvshp.org/buildingblocks).

Third Street alumni have gone on to successful careers in every field imaginable. Many have pursued careers in music, joining the rosters of major symphony and opera orchestras across the country. The School’s most famous alumni include concert violinist and music educator Josef Gingold and renowned songwriter Irving Caesar, whose more than 2,000 works include Tea for Two, Swanee and I Want to Be Happy.

Emerging professionals today who attended Third Street include violist Masumi Per Rostad of the acclaimed Pacifica String Quartet; Bobby Lopez, co-writer of the hit Broadway musical Avenue Q and Academy Award-winning writer of “Let It Go” from Disney’s Frozen; Ingrid Michaelson, pop singer/songwriter with hits on the TOP 40 charts; and violinist Jessie Montgomery of the Sphinx Organization. Distinguished past directors of Third Street have included David Mannes, violinist, concertmaster of the New York Philharmonic and founder of the Mannes College of Music and conductor Julius Rudel.

Third Street has evolved to meet the changing needs of the community. When the budget crisis of the 1970s forced the New York City Board of Education to cut virtually all arts education, Third Street stepped in to enrich and deepen the arts curriculum in public schools on the Lower East Side. In 1983, Third Street established a licensed preschool program to address neighborhood demands for an arts-infused early childhood program. In 2007, with a new focus on adults “50 and better” Third Street launched the first New York chapter of the New Horizons band and chorus programs for adults. Third Street has always believed that music and dance are inseparably connected, and dance offers a unique opportunity for physical and artistic expression.