On Columbus Day in 2012 ( which was on October 8th), Village Preservation launched its “Save the South Village” video campaign. Columbus Day is traditionally a time to celebrate the contributions made by Italian-Americans to our country.  Our “Save the South Village” video campaign began as an effort to highlight the incredible history (Italian-American and so much more) of the South Village, and to call upon the City to landmark this irreplaceable but at the time endangered neighborhood. We can now brag that Village Preservation was successful in its 10-year effort to secure landmark protections for the South Village, including the final piece, the Sullivan-Thompson Historic District, in 2016. 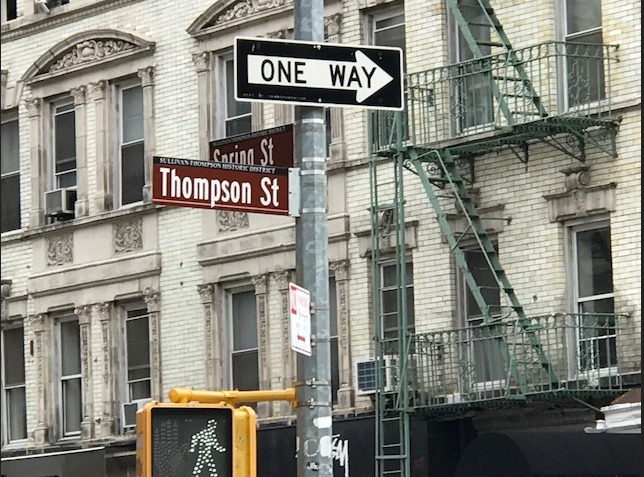 The South Village is one of New York and America’s great historic gems: built largely by and for immigrants in the 19th century, in the 20th century it was the home of groundbreaking artists of all persuasions, from Dylan Thomas to Bob Dylan. It’s the home of America’s oldest Italian-American Church (St. Anthony of Padua), and was the home of the first non-profit theater (Circle in the Square) and the birthplace of modern American theater (Provincetown Playhouse).

This rich history has led to New York State finding the entire neighborhood eligible for the State and National Registers of Historic Places in 2007.  But the South Village faced increasingly problematic encroachment, as voracious developers, NYU, and rezoning proposals for nearby Hudson Square threatened to further erode its historic character – so much so that in 2012 the South Village was named one of the seven most endangered, historically significant sites in New York State.

New Yorkers love this neighborhood, and recognize its incredible contributions to our city and our country’s history.  Village Preservation asked a number of them to talk about why the South Village means so much to our city. These videos are a terrific part of our archives that chronicle our ever-increasing efforts to preserve and protect the built environment of our much-loved neighborhoods. 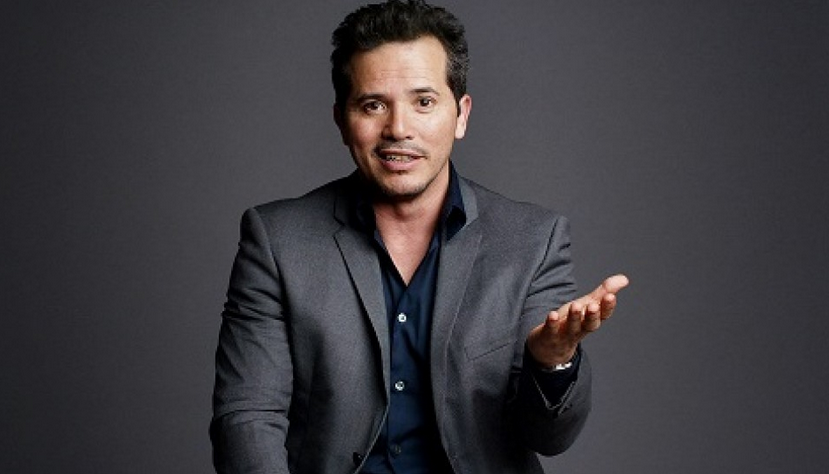 John Leguizamo, a notable Villager and a long-time supporter of Village Preservation, lead the cause to chronicle our efforts by being the first to film a video in support of the landmarking of the South Village.  John talked about how the South Village helped inspire and launch his career.  You can view his video here or by clicking above. 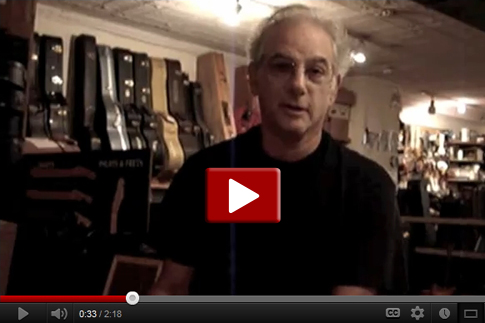 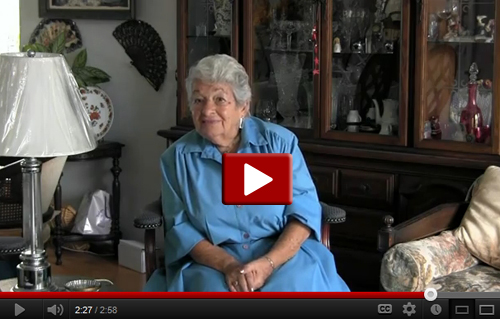 In addition to businesspeople and entertainers, we also been talked to long-time South Village residents, many with deep family roots in the neighborhood, about what the South Village means to them and why landmarking was so important.  Connie Masullo is one such South Villager. Watch her video here or above. 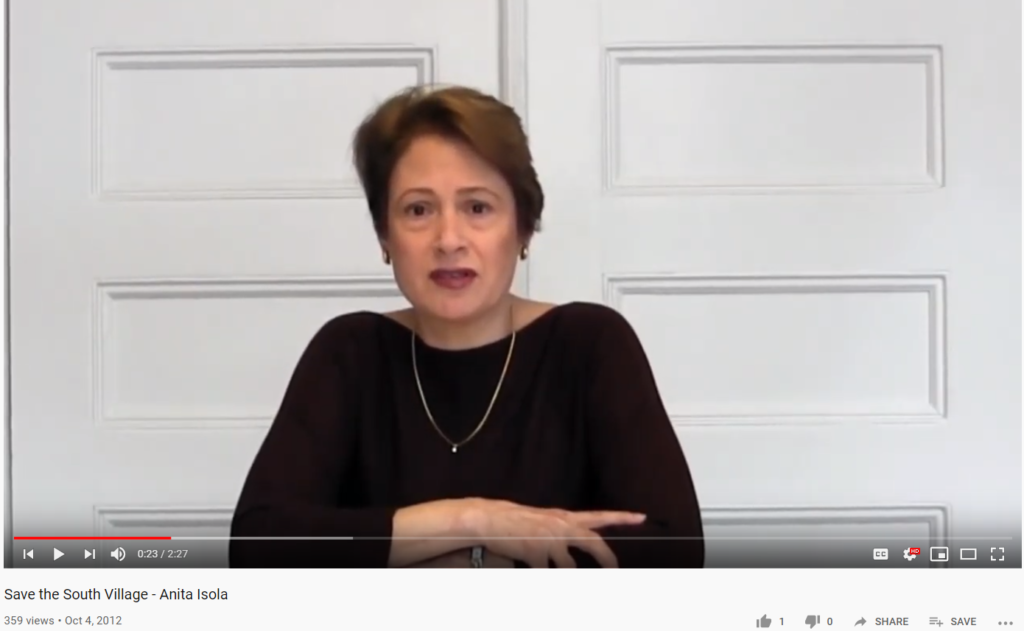 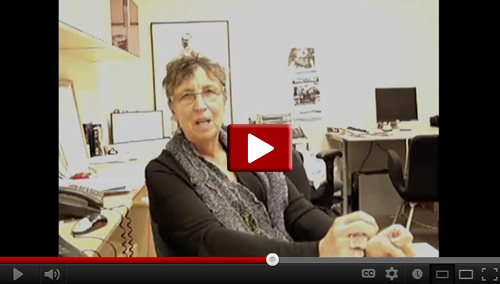 The South Village is not only made up of wonderful people and businesses, but remarkable institutions that have served a vibrant community of immigrants and activists for over one-hundred years.  One of those is Judson Memorial Church – located in one of New York’s first landmarked buildings, the church has been a pioneering crusader for social justice in this community since the late 19th century.  Rev. Donna Schaper contributed a Save the South Village video explaining why it’s so important for the City to protect the South Village with long-promised landmark designation which you can view here or above.

Finally, Brendan Sexton knows a thing or two about what makes cities work — he’s served under five New York City mayors, established the first recycling program for a major American city, and served for years as the President of Municipal Art Society and the Times Square Alliance. He’s also a long-time resident of the South Village, and knows that the rich mix of history, human scale, and architecture in the South Village is exactly what other cities strive to achieve. He talked about how in recent years that wonderful mix had been threatened by demolitions and out-of-scale new construction — watch his Save the South Village video here or above.

Watch the whole Save the South Village series here, on our YouTube Channel.  We add new videos every few days to our channel, so subscribe to our channel today!