Part of our blog series Why Isn’t This Landmarked?, where we look at buildings in our area we’re fighting to protect that are worthy of landmark designation, but somehow aren’t landmarked.
Where do the piano industry and radical workers’ rights movements intersect? The gorgeous historic cast-iron building at 28 East 14th Street is one such place. Prior to the Civil War, Union Square was a place of elegant brick and brownstone mansions. Once the Civil War was over, however, commerce and manufacturing came to Union Square, and this marvelous cast-iron building drew tenants who were artists and manufacturers, drawn by the ample light provided by the unusually large north-facing windows overlooking Union Square. The history and architectural details abound, so today, we take a closer look at 28 East 14th Street, and ask: why isn’t this landmarked? 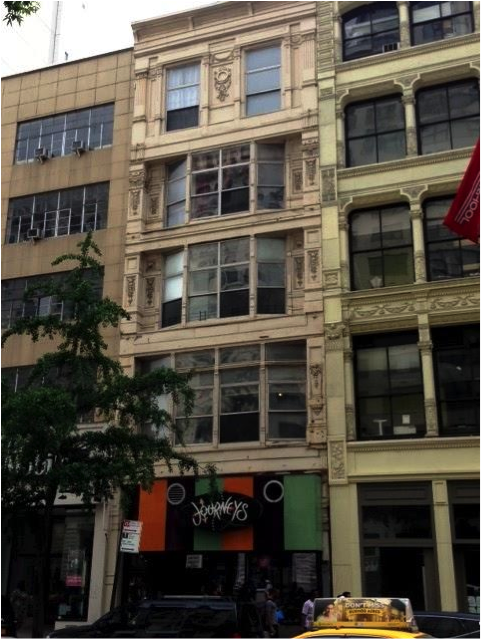 28 East 14th Street was built in 1881 by Joseph J. Little (1841-1913) of 4 Van Nest Place (today’s 57 Charles Street) in Greenwich Village. Little had an impressive and varied career, including as a partner of a printing and publishing firm, president of the New York City Board of Education, a congressman, and a real estate speculator. He hired William Wheeler Smith to design 28 East 14th Street — Smith had recently made his mark on Fourteenth Street with his design for the (still-extant) cast-iron building at 40-42 West 14th Street. Known as an architect who embraced the latest technologies in his designs, Smith employed many details that made this building cutting-edge at the time. Now, we celebrate Smith and Little’s creation as rare, ornate, and worthy of landmarking. 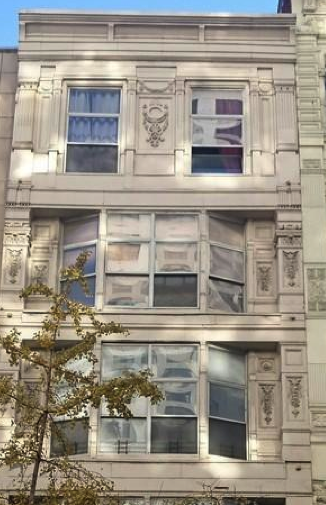 As varied as cast-iron architecture is in New York, this narrow structure stands out in its design. 28 East 14th Street’s cast-iron building’s façade maximizes the width of its single-bay windows at the second, third and fourth floors on this 25-foot wide structure. Smith angled the windows within the façade so that they came out to the building line while still having polygonal bays. Ornamented pilasters are found at either side of these windows, the rhythm is changed to a two-bay configuration and slightly more austere in its ornament at the top story.

The Residents of 28 East 14th Street

One of the artists who lived and worked here from 1886-1889 was William Michael Harnett. Known for his photo-realistic still-life paintings, he was commercially successful in his time and influenced many late 19th century painters. His works have included The Faithful Colt (1890), Job Lot, Cheap (1878), The Old Violin (1886) and his most famous, After the Hunt (1885).
The commercial and artistic nature of the building converged with several tenants in the building connected to the burgeoning piano industry, which was centered around 14th Street (Steinway & Sons was located just a block away at 109 East 14th Street). Early in the building’s life, the ground floor was occupied by the store of prominent piano dealer Jeremiah M. Pelton.
Around 1920, when the U.S. Communist Party evolved from the left faction of the newly divided Socialist party, a number of schools teaching the party’s beliefs began to emerge. The New York Workers School, founded in October 1923, was first located on University Place near Union Square, then moved to 28 East 14th Street, where the Communist Party headquarters was already located. The school sought to promote “true proletarian education” and to build a new generation of workers to advance the labor movement. Later, the school moved to another nearby building within the area Village Preservation is seeking to have landmarked, 35 East 12th Street. The Revolutionary Workers League, a radical left group formed by Hugo Oehler and active in the United States from about 1935 until 1947, was also located at 28 East 14th Street in 1936. The League published the “Fighting Worker” newspaper on site. 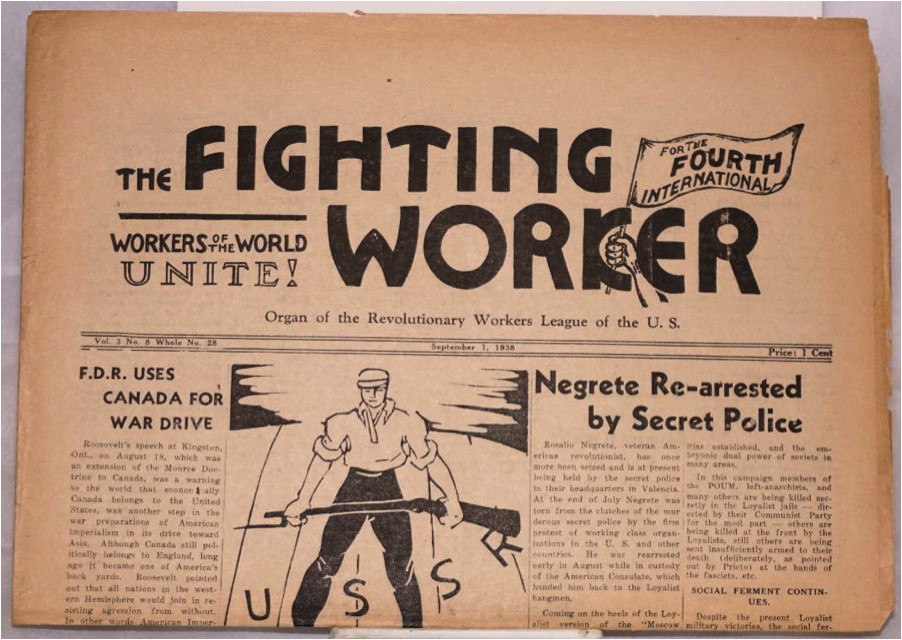 Following a ground floor renovation in 1948, the upper floors remained vacant for decades, but that would eventually change. The Union Square neighborhood became, in the 20th Century, the bustling hub of historic buildings, commerce, art, and more, which continues to this day.
W. W. Smith’s unusual cast iron structure is essentially intact above street level. We at Village Preservation hope to keep it that way. We are seeking landmark designation for this and about 200 surrounding buildings on a dozen blocks which are facing extreme development pressure right now, accelerated by the recent approval of the 14th Street Tech Hub.
Join us in urging the city to protect this vital history and neighborhood NOW – click here.

One response to “Why Isn’t This Landmarked?: the Joseph J. Little Building on 28 East 14th Street”