This striking 12-story Beaux Arts style office building was constructed in 1912 by architect Charles Alonzo Rich for the noted publisher and philanthropist George A. Plimpton. Other than minor ground floor alterations, the building is almost entirely intact to its original century-old design. Upon that basis alone, it is arguably worthy of inclusion in a historic district or landmark designation. But Village Preservation has documented the extraordinary significance of this building as the home of the nation’s oldest and largest civil rights organization, and over its one hundred eight years of existence, this building was the site of a staggering array of political organizing and social activism, frequently intertwined with the world of publishing, as was common in the area. 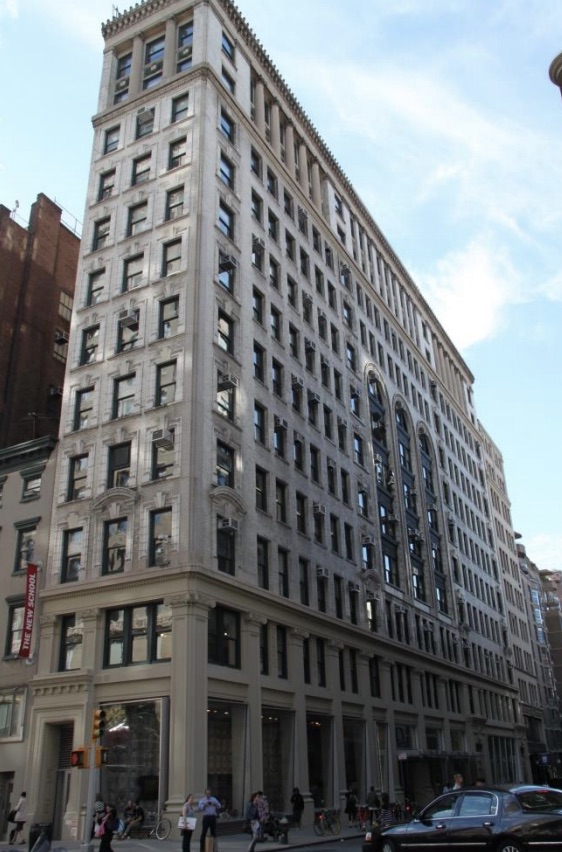 According to Gloria Garrett Samson in her book The American Fund for Public Service: Charles Garland and Radical Philanthropy, 1922-1941, in addition to the Fund (also known as the Garland Fund) being located there, 70 Fifth Avenue was “a haven for radicals and liberals.” Organizations headquartered here included the American Union Against Militarism; the National Civil Liberties Bureau (which became the American Civil Liberties Union); the Citizen’s National Committee for Sacco-Vanzetti; the American Federation of Teachers; the American Friends of Spanish Democracy; the Press Writers Union; and the League for the Abolition of Capital Punishment. 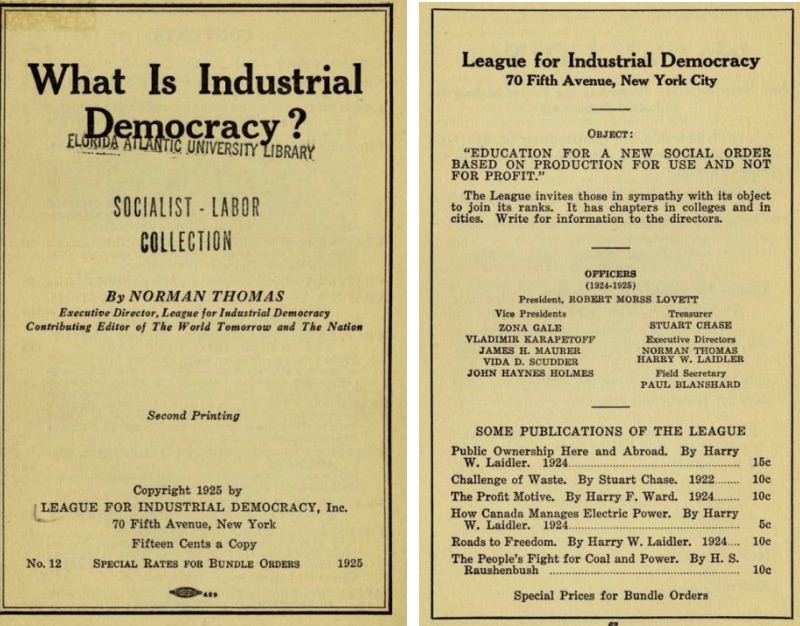 From 1914 until the mid-1920s, no. 70 Fifth Avenue housed the headquarters of the oldest and largest national African-American civil rights organization, the NAACP. Following up on our research, we reached out to the NAACP, which enthusiastically joined the call for landmark designation to honor and preserve this rich history – read their letters here. They are part of a growing number of scholars, civil rights groups, writers, and thousands of New Yorkers who have supported this preservation effort.  We continue to gather more support from interest groups and individuals who care about the rich social, political, artistic, commercial, and architectural heritage of this area. 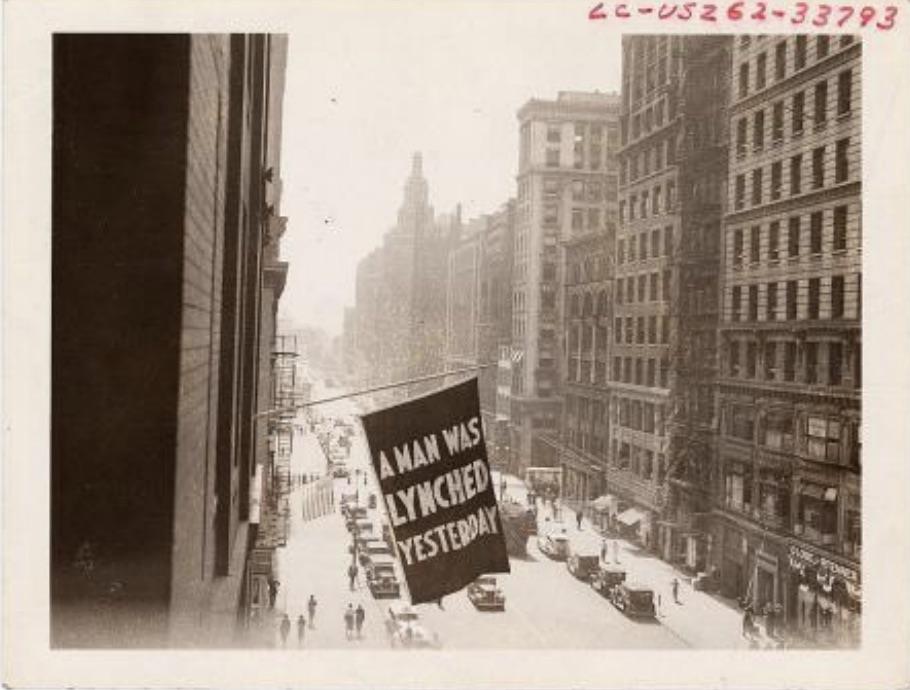 While headquartered at 70 Fifth Avenue, the NAACP waged remarkable, historic campaigns. It opposed President Wilson’s imposition of segregation upon the federal workforce, protested the demeaning portrayals of African Americans and glorification of the Ku Klux Klan in the film The Birth of A Nation, and called for federal anti-lynching legislation to stem the rising tide of race-based violence in the country. The organization worked to propose legislation prohibiting race-based discrimination in housing and employment, and demanded fair and equal treatment for black soldiers in World War I, winning the ability of African Americans to become commissioned officers and to join the American Bar Association. 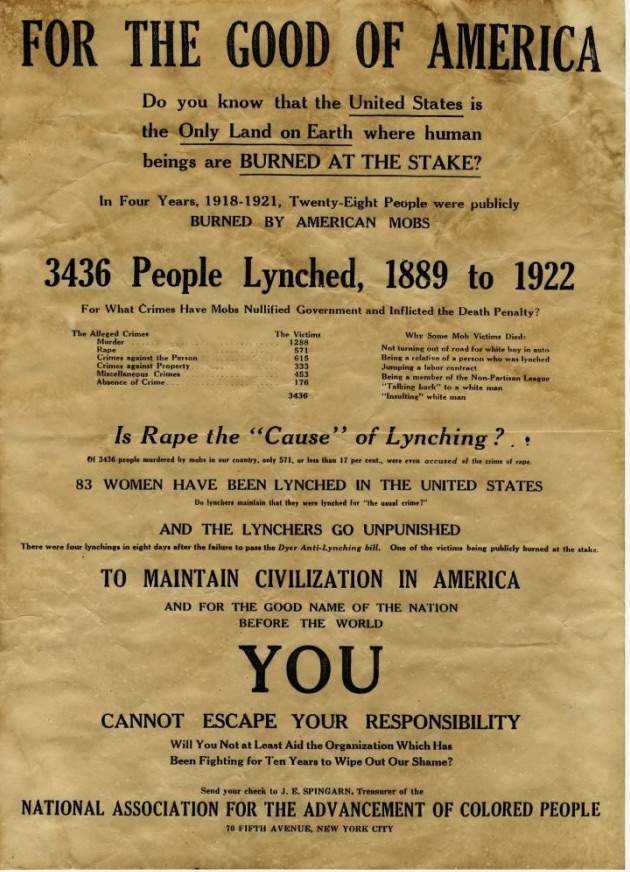 Furthermore, while located at 70 Fifth avenue, the NAACP successfully secured rulings from the Supreme Court striking down “grandfather” clauses that disenfranchised black voters and “white only” primaries which prevented blacks from running for office. While at this address, the NAACP also began their iconic campaign of hanging a flag printed with the words “A MAN WAS LYNCHED YESTERDAY” outside their office window on Fifth Avenue following each such act of racist terror.

At the same time, 70 Fifth Avenue housed The Crisis Magazine, the oldest black-oriented magazine in the world which became a vital voice in the civil rights movement and showcased noteworthy writing and art for over a century. W.E.B. DuBois and Augustus Granville Dill’s publishing house, which printed The Brownies’ Book, the very first magazine published for African American children, operated out of 70 Fifth Avenue as well. The Brownie’s Book, along with The Crisis, featured the writings of now-revered authors including Langston Hughes, Zora Neale Hurston, and Countee Cullen, among many others. Several of these authors’ works were published for the first time in the pages of these publications. 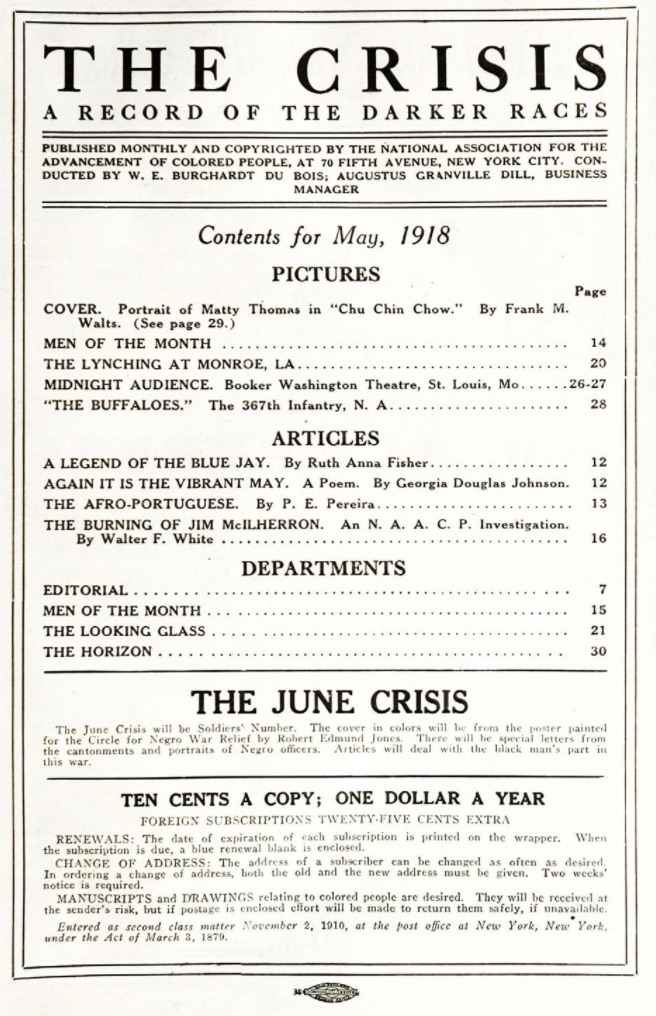 The NAACP, The Crisis, and W.E.B. DuBois and Augustus Granville Dill’s publishing house operated at no. 70 during critical, seminal moments in their history, when their agendas were highly controversial and faced widespread opposition. Nevertheless they accomplished extraordinary changes and undertook groundbreaking campaigns which affected the lives of millions and altered the course of history in our country.

While at 70 Fifth Avenue, another notable organization, the American Fund for Public Service was headed by Roger Baldwin. Baldwin was a cofounder and the director of the ACLU for its first thirty years of existence. Baldwin directed the ACLU’s litigation in the landmark Scopes Monkey Trial, the Sacco and Vanzetti Case, and the challenge to the ban on James Joyce’s Ulysses.

Also headquartered here was the League for Industrial Democracy, founded by Upton Sinclair, Clarence Darrow, and Jack London, among others, and led by Norman Thomas. The League published The Socialist Review from this address.

In 1960 the League’s youth branch became Students for A Democratic Society, or SDS, the New Left organization which so dramatically impacted political and social discourse in the United States in the 1960s.

The WPP published its periodical Four Lights from its 70 Fifth Avenue offices. The WPP eventually became the American chapter of the Women’s International League for Peace and Freedom, which has chapters in 37 countries, and is the oldest women’s peace organization in the United States. The WPP is considered one of the first manifestations of the modern peace movement in America, which employed direct action tactics towards its mission, whereas prior peace organizations typically limited themselves to more genteel behind-the-scenes lobbying and attempts to influence public opinion in print and oratory.

Another noted peace organization located at 70 Fifth Avenue in its early days was the Church Peace Union founded by Andrew Carnegie in 1914 and endowed with $2,000,000 from the Carnegie Foundation. Today it is known as the Carnegie Council for Ethics in International Affairs. 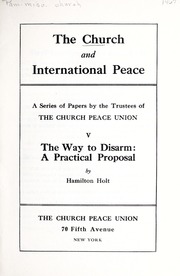 70 Fifth Avenue was also a haven for agencies dedicated to providing relief to those suffering from the catastrophes of worldwide wars and natural disasters. This included the Relief Fund for the Women and Children of Serbia during World War I and the American Committee for Armenian and Syrian Relief or the American Committee for Armenian and Syrian Relief (later Near East Relief and now the Near East Foundation, the oldest nonsectarian international development organization in the U.S. and only the second humanitarian organization chartered by Congress). The latter was founded in New York in September 1915 in order to initiate relief measures and organize support in response to the unfolding Armenian Genocide in the Ottoman Empire. The group’s establishment was initiated by Henry Morgenthau Sr., the American ambassador to the Ottoman Empire between 1913 and 1916. 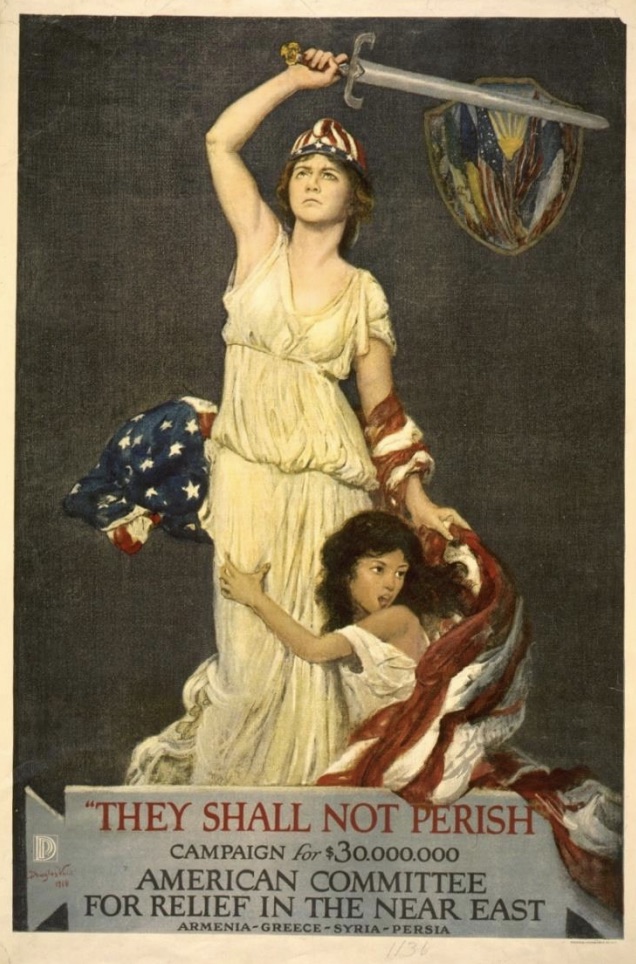 Peter Balakian, in his book The Burning Tigris: The Armenian Genocide and the American Response, wrote:

Ambassador Morgenthau went beyond the duty of his job as he became the crucial nexus between the killing fields and the American relief community and the press back home. A man of high moral conscience, Ambassador Morgenthau was most likely the first highranking diplomat to confront boldly the leaders of the Ottoman government about its treatment of the Armenians.

According to Morgenthau’s grandson, Henry Morgenthau III, his grandfather:

… strenuously reported his concerns [about the fate of Armenians within the Ottoman Empire] back to the State Department in Washington, where he was met not so much with opposition as with a numbing lack of interest…To get Morgenthau off his back, Secretary [of State] Robert Lansing encouraged him to seek aid from private sources. He did. The result was the establishment of the Armenian Atrocities Committee, later redesignated as the Armenian Syrian Relief Committee and finally the great Near East Relief Organization chartered by Congress in 1919, which raised millions of dollars to the battle cry “remember the starving Armenians.” 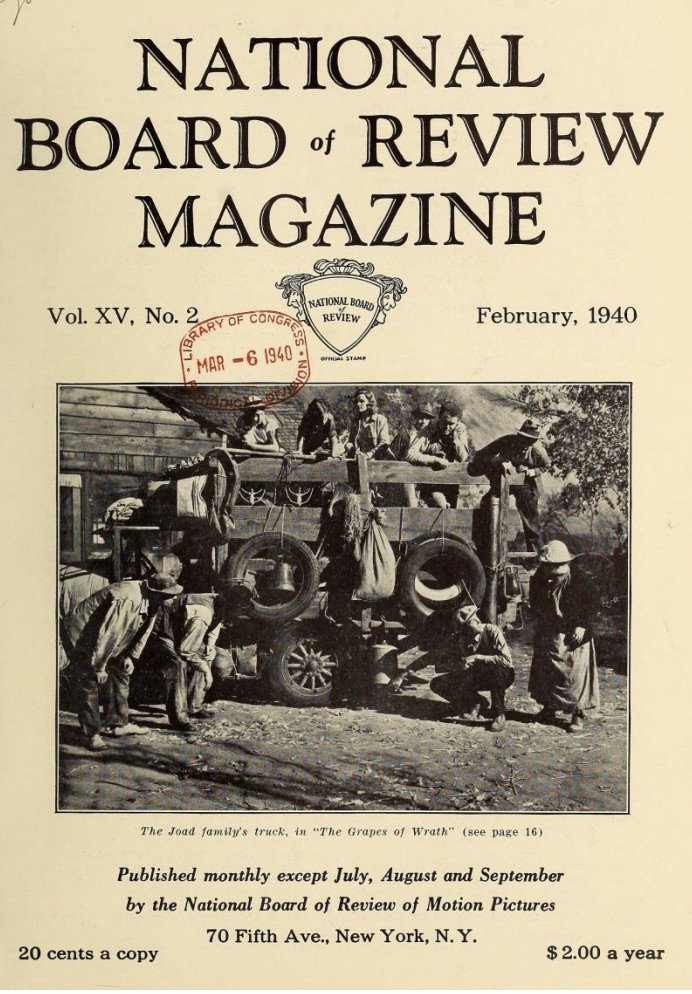 In explaining the role and work of the organization in 1926, its Executive Secretary Wilton A. Barrett wrote:

The National Board of Review of Motion Pictures, 70 Fifth Avenue, New York City, is a trained, volunteer, disinterested citizen organization, composed of upwards of three hundred people reviewing films in New York City before they are released for general exhibition to the public, with associate, advisory members and affiliate citizen groups in many localities across the country. The National Board is opposed to legal censorship and in favor of the constructive method of selecting the better pictures, publishing classified lists of, and information about them, and building up audiences and support for them through the work of community groups, in order that the producers may be encouraged to make the finest pictures and exhibitors to show them, and the people in general helped to a response to the best that the screen has to offer. This places the emphasis on making the public conscious of its taste in, and giving it a voice in the selection of its entertainment. 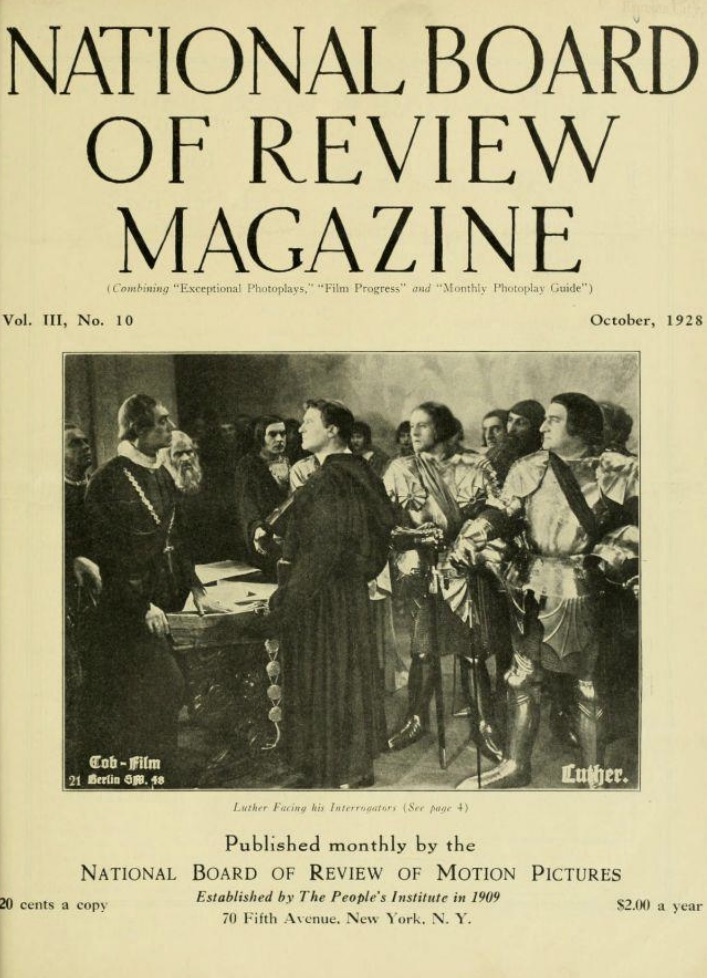 According to the New York Public Library, which maintains the Board’s records from 1907 to 1971:

The National Board of Review was located at 70 Fifth Avenue from the 1910s until at least 1949 – a critical time in the development of the motion pictures industry and in the shaping of its content and regulation by the Board.

Like many of the buildings in this area, 70 Fifth Avenue also housed a wide array of prominent publishers, including W.W. Norton, Hawthorn Books, E.R. Herrick & Co., Prentice-Hall Publishers, Ginn & Co., and Allyn & Bacon, among others. No. 70 Fifth Avenue was also the home in the early 20th century of The Pan-American Magazine, which began as a private enterprise by William W. Rasor, a U.S. citizen living in Mexico City. With support from the Carnegie Endowment for International Peace and eventually under the aegis of the Geographic and Historical Society of the Americas, it was published in multiple languages and circulated throughout the hemisphere, offering readers a wide array of information on commerce, culture, and current affairs in the Western Hemisphere. 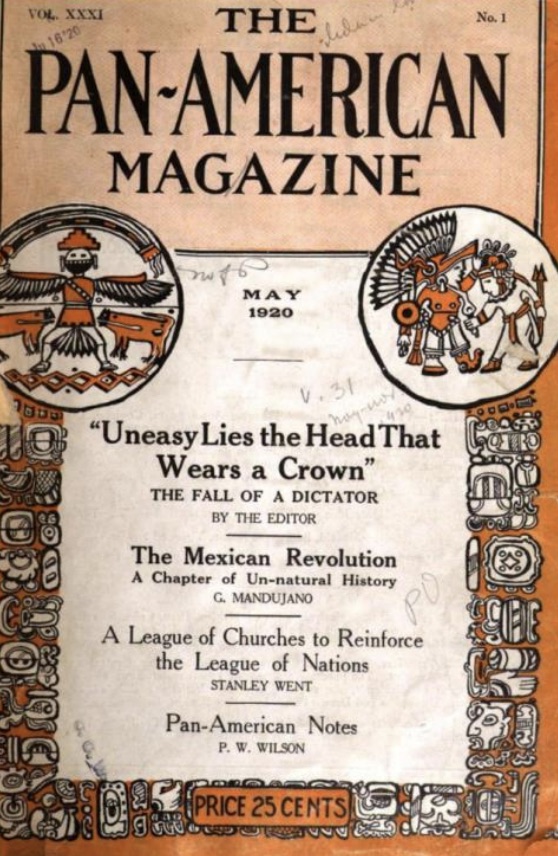 The architectural integrity of 70 Fifth Avenue alone makes it a worthy candidate for landmarking, When added with the rich political, cultural and artistic history of all the people and organizations that made this a unique building on the corner of West 13th Street home, it is undeniably worthy of landmarking.

Join us in urging the city to protect this vital history and neighborhood NOW – click here to send a letter supporting landmark designation.

To read more history of this incredible area, go to https://www.villagepreservation.org/southofunionsquare. To learn more about our efforts to preserve and protect Greenwich Village and the East Village south of Union Square, go to www.gvshp.org/savemyneighborhood.