Nos. 4 and 6 East 12th Street are a pair of largely intact 4-story and basement ca. 1846 Greek Revival houses located just east of Fifth Avenue. They were built for prominent New Yorkers at the time as single-family homes, but have since been split into multi-unit housing. The stories of these prominent New Yorkers for whom they were built, along with the illustrious figures who lived in the buildings since then, are formidable. The buildings themselves are beautiful, historic, and we believe that they and their surroundings should be landmarked. Read on to find out why. 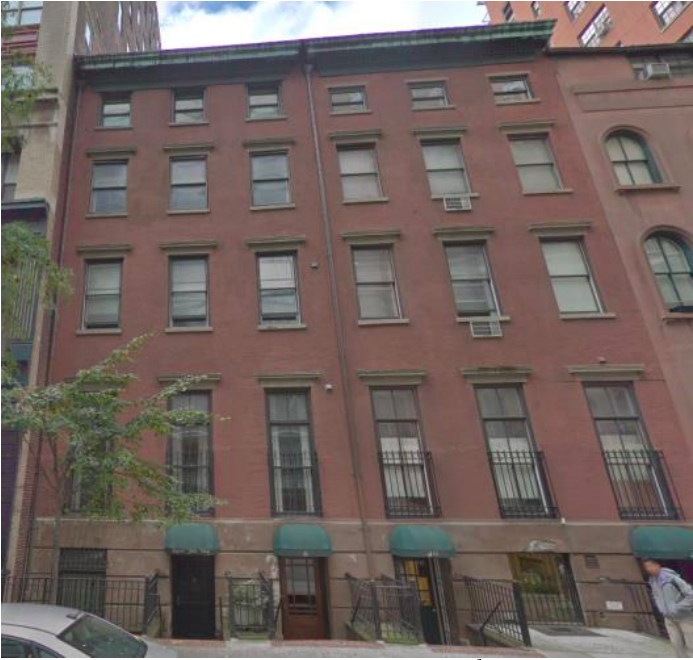 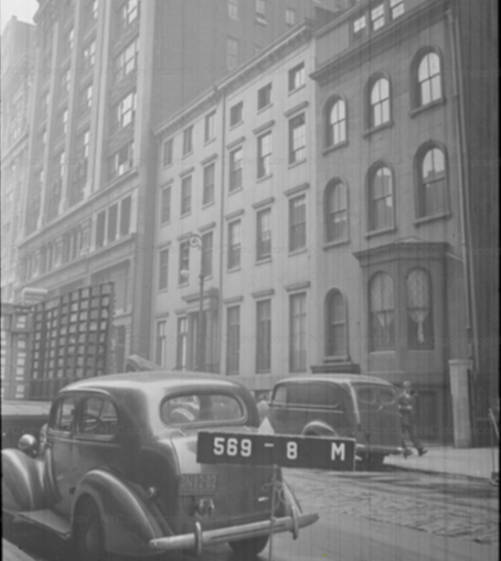 4 East 12th Street is nearly identical in appearance to 6 East 12th Street, making these two buildings a neat – and rare – pair. This home was built for John Schermerhorn Bussing (1802-1864). A member of prominent New York families, Bussing began business as a wholesale dry goods merchant in 1823 under the firm name of E. & J. Bussing with his brother, Edmund Kingsland Bussing. After his brother died, John moved into iron and nails, through his John S. Bussing & Company.

Bussing lived at 4 East 12th Street for nearly 20 years until his death. He was buried in Greenwood Cemetery. In addition to his merchant companies, Bussing was a director at the Niagara Fire Insurance Company, president of the Northern Dispensary, and treasurer of the Board of Domestic Missions of the Reformed Dutch Church. 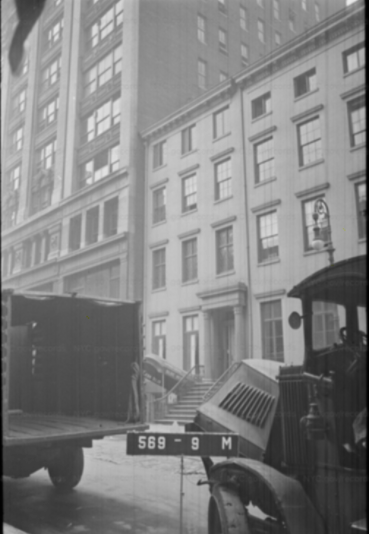 6 East 12th Street was built for Peter R. Bonnet. The noted fashion designer Jessie Franklin Turner, once called “the only designer of genius in the United States,” established workrooms and showrooms in both 6 and 4 East 12th Street beginning in 1919, when much of this area and the buildings to the east were used as fur storehouses.

These two buildings, like so many in the Village, were home to many artists and creators whose legacies, works, and memories lend living history to the brick facades of these two buildings. “The arts matter because I learn something about people and places I would have never known otherwise. The arts make my brain and my heart stretch to make room for newness.” Victoria Hutter of the National Endowment for the Arts wrote that, highlighting the power that artists and the arts hold in the Village – and everywhere.

Village Preservation discovered that Abstract Expressionist painter Rosemarie Beck and her husband, Robert Phelps, who was a writer and also editor of works by Colette and Jean Cocteau, also lived at 6 East 12th Street.

In the 1950s, 6 East 12th Street was the first home of Lou Pollack’s Peridot Gallery, an important showcase for Abstract Expressionist and other avant-garde art. Before it moved uptown to Madison Avenue, the gallery exhibited one of Louise Bourgois’s first exhibitions.

Composer, lyricist, and librettist Marc Blitzstein also lived at 4 East 12th Street in the 1950s until his death. Blitzstein is best known for his pro-union musical The Cradle Will Rock, directed by Orson Welles. Cradle was notoriously shut down by the Works Progress Administration. He is also known for his English translation/adaptation of The Threepenny Opera by Bertolt Brecht and Kurt Weill, for his Broadway opera Regina, and for his orchestral work with The Airborne Symphony, which premiered under Leonard Bernstein in 1946. According to his biography, his apartment at 4 East 12th Street was “equipped with a galley kitchen, bath, terrace, and large multipurpose room where the composer kept his bed, piano, and work table.”

Film producers and directors David Berger and Holly Maxson also lived at 4 East 12th Street and maintained a photo archive in their home which was dedicated to the jazz musician Milton J. Hinton.

Artist Reginald Marsh, who made linocuts, lithographs, drawings, engravings and etchings as well as paintings, also lived at 4 East 12th Street in the 1930s; his famous etching ‘Box at the Metropolitan’ was printed on his press at 4 East 12th Street. He also painted countless scenes of Lower Manhattan including his “The Bowery” and “Tattoo and Haircut,“ pictured below. These New York City scenes show the careful observation of a resident who must have watched the Bowery and the many residents and frequenters of the areas very carefully. 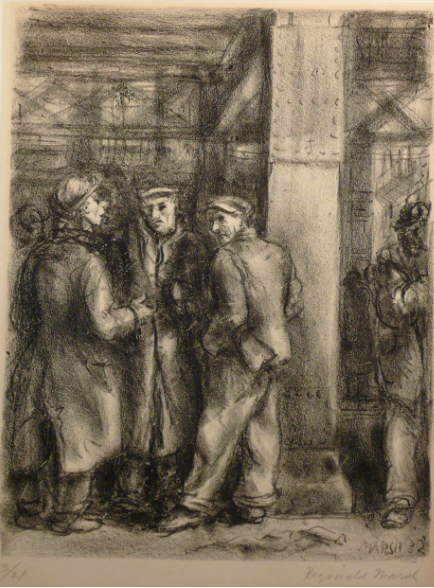 Marsh was born in Paris to expatriate artist parents who returned to the United States around 1900. Following his graduation from Yale in 1920, Marsh arrived in New York and soon established himself as a successful freelance illustrator, working for popular publications including the New York Daily News, the New Yorker, Vanity Fair, and Esquire. In 1921, Marsh began attending classes at the Art Students League, where he studied with other members of what would become the Fourteenth Street School, with whom he developed a lifelong relationship. 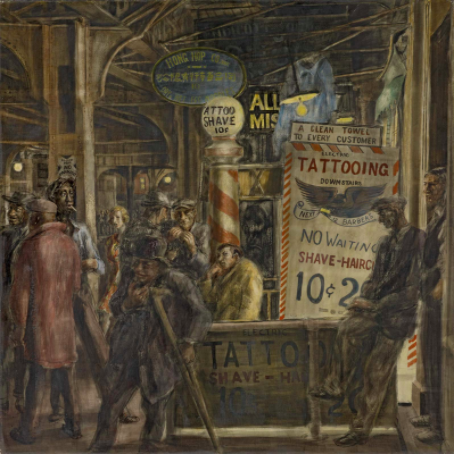 In 1928, he began working at a studio at 21 East Fourteenth Street (since demolished). A careful though detached observer, Marsh excelled at representing crowds of New Yorkers, showing lively scenes of both the unemployed and the working class going about their daily activities. Burlesque shows, movie houses, elevated trains, Depression-era homeless encampments, and places of work all figured prominently in Marsh’s paintings, often of scenes not far from his perch just off Union Square. It was during the 1930s, when Marsh was on East 12th Street, that he gained his greatest prominence and his most celebrated works were produced.

Read more here to learn about the history of the area south of Union Square we’re working to get landmarked, including 4 and 6 East 12th Street. Given the increased pressure on the area exacerbated by the beginning of construction on the 14th Street Tech Hub, the demolition of the St. Denis Hotel (80 E. 10th Street – being replaced by this), and the completion of the woefully out-of-scale tech office tower at 808 Broadway, the time is now for the city to act to protect this incredibly historically rich but endangered area.

Urge the city to protect this vital history and neighborhood NOW – click here.