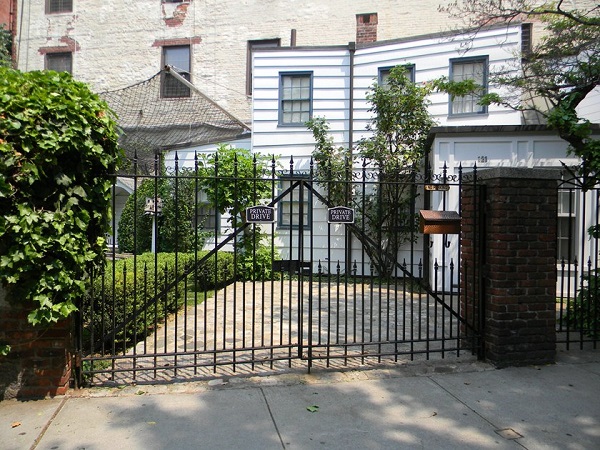 The Margaret Wise Brown House at 121 Charles Street (at the corner of Greenwich Street) is one of the most historically significant buildings in our neighborhood. Press reports in 2014 described potential plans which could have resulted in its destruction. 121 Charles Street, a 19th century (or older) house formerly located on the Upper East Side and moved to Greenwich Village in 1967 (in which the author of “Goodnight Moon” lived and wrote that book), was advertised for sale for $20 million with claims that it is a “potential development site” which could be viewed as a “blank canvas.” What reports failed to mention, however, was that because this structure is located within a designated historic district, no changes can be made to it without a long public hearing process and ultimately the approval of the Landmarks Preservation Commission (LPC).

To help strengthen the case for preserving the building, Village Preservation issued a series of reports and oral histories documenting the remarkable history of the building and the preservation effort in the 1960s.