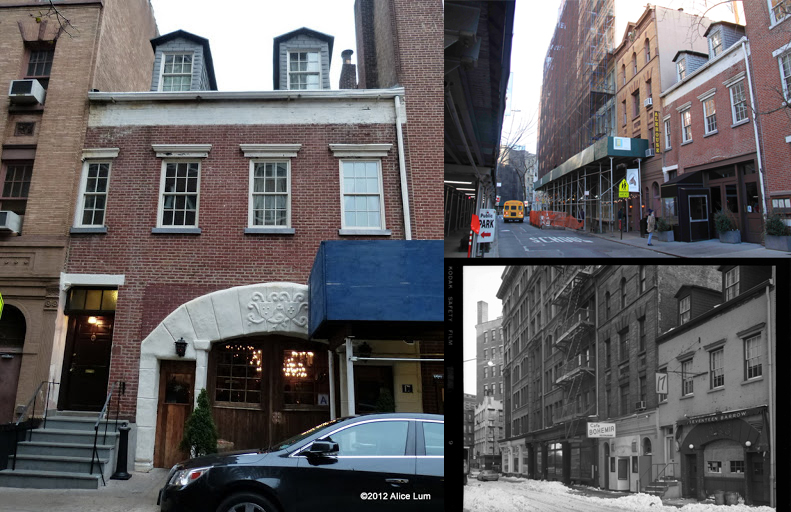 Village Preservation reported the unpermitted removal of a historically and architecturally significant facade element from this two hundred year old house — a large entry surround which dated to the 1890s which was added to the house by a noted Greenwich Village figure. The owner of the restaurant claimed the element only dated to 1969 and was unsafe and needed to be removed without providing any evidence to support this claim. He applied to get the Landmarks Preservation Commission to approve the removal after the fact along with restoration of some historic elements of the facade entryway. We opposed the application, which was approved by the LPC.

Read the 17 Barrow Street Landmarks Applications page on our website