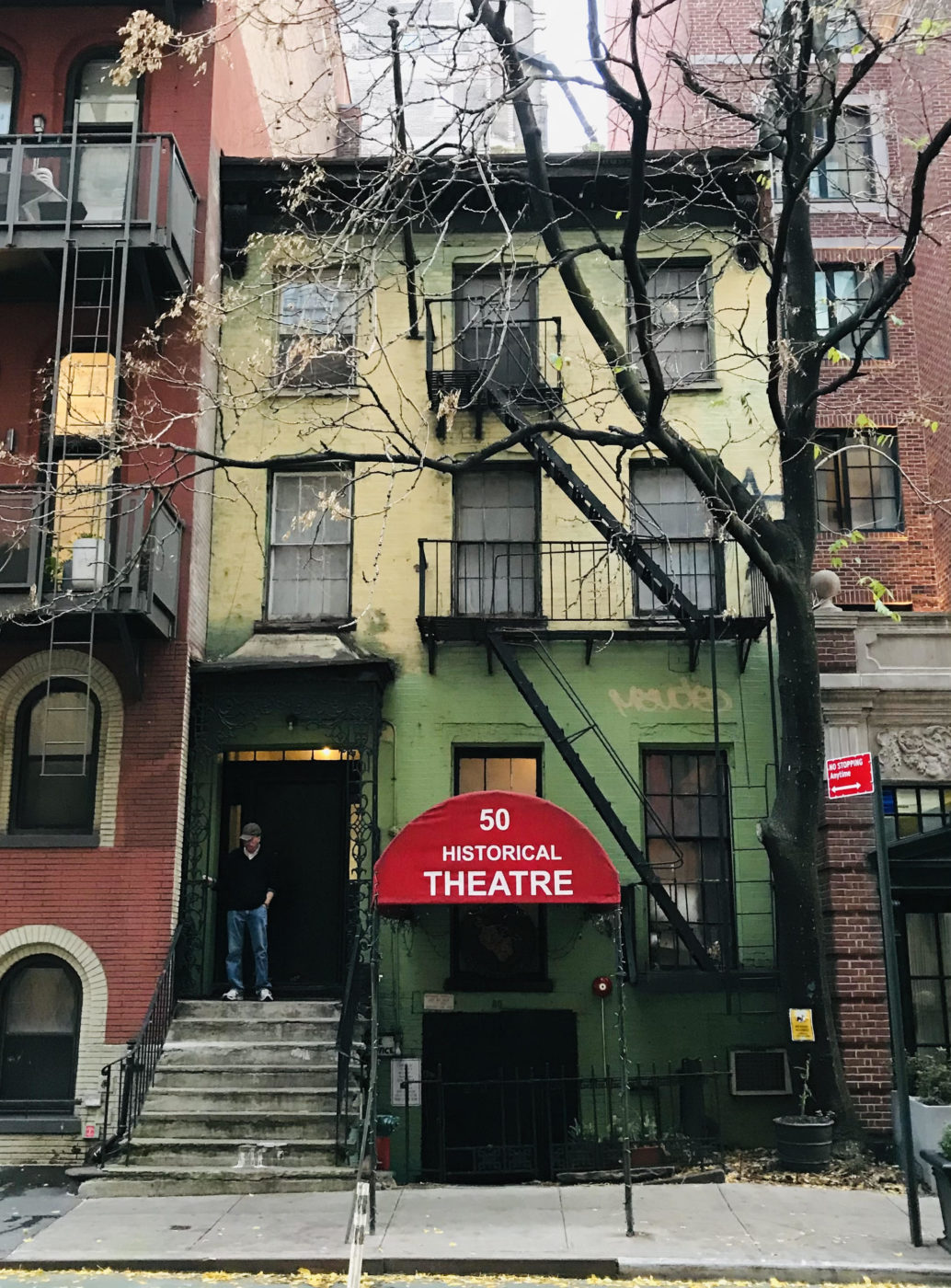 This 1846-47 row house possesses an incredibly rich history that spans the 19th and 20th centuries. From 1858 to 1884, it was home to Jacob Day, one of New York’s most wealthy and successful 19th century African American businessmen and real estate owners, crusader for African American civil rights, and a prominent supporter of African American institutions.

Beginning in 1972, 50 West 13th Street was also home of the 13th Street Repertory Company, one of New York’s oldest “Off -Off Broadway” theaters. The theater, and several which occupied the space before it, hosted decades of prominent actors, directors, artists, designers, and playwrights, as well as Off-Off Broadway’s longest-running show ever, “Line.” Village Preservation is seeking landmark designation for the house to save it from demolition following the death of the theater’s owner.

A Home in the Theatre, by StreetFightersNY