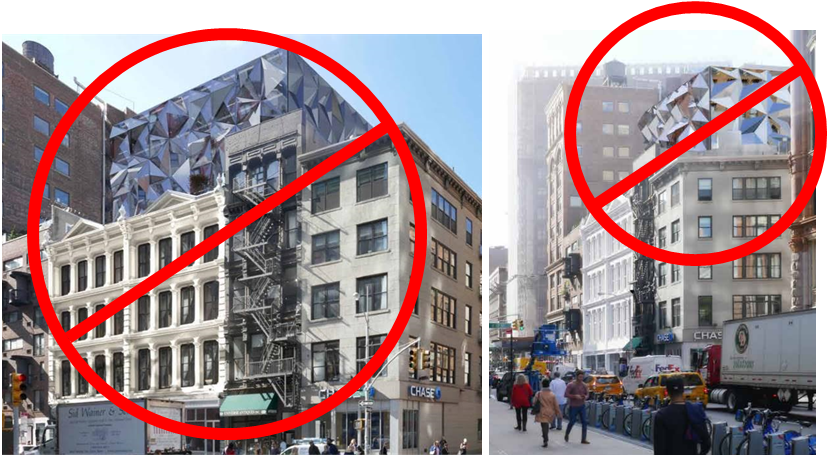 These 1866 cast iron loft buildings located between 12th and 13th Streets were slated for demolition and replacement with a 300 ft tall office tower when Village Preservation began a concerted campaign to save them from demolition. Our research unearthed that they were built by one of the most prominent families in early New York, were designed by one of 19th century New York’s most prominent architects, and housed some of the most important commercial enterprises of the 19th century. In the 20th century they became home of some of the most significant figures of the art world of the time, including Willem and Elaine de Kooning, Jules Olitsky, Paul Jenkins, and Larry Poons. After initially rejecting our landmarks application, the City relented, and landmarked the strictures in late 2017, saving them from demolition. 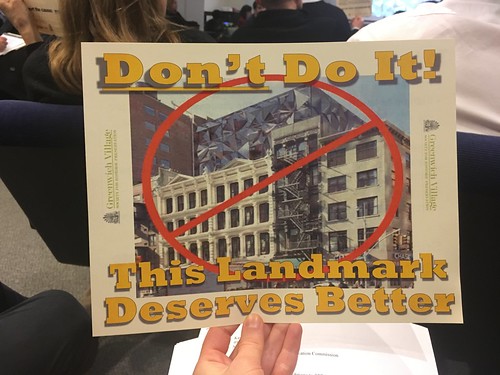