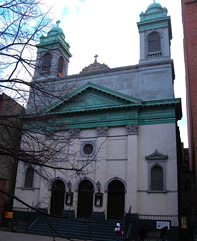 Village Preservation led the charge to try to landmark and save this 1917 church, whose design was based upon models in Turin and was built to serve a largely Italian American congregation. The architect of the church designed several other landmarked properties in NYC, and this church was immortalized in the writings of Allan Ginsberg, who for many years lived across the street. Our research also found that remains of thousands of bodies from a cemetery previously located on the site probably were still underneath the structure. Even so, the City refused to landmark the church and it was demolished in 2013 over our protests.

Photos of Rally to Save Mary Help of Christians Church 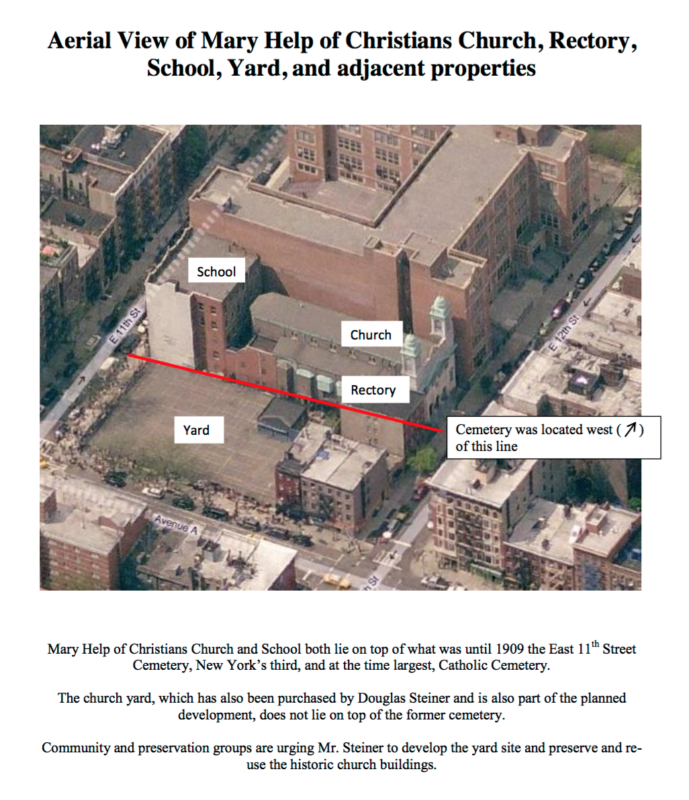