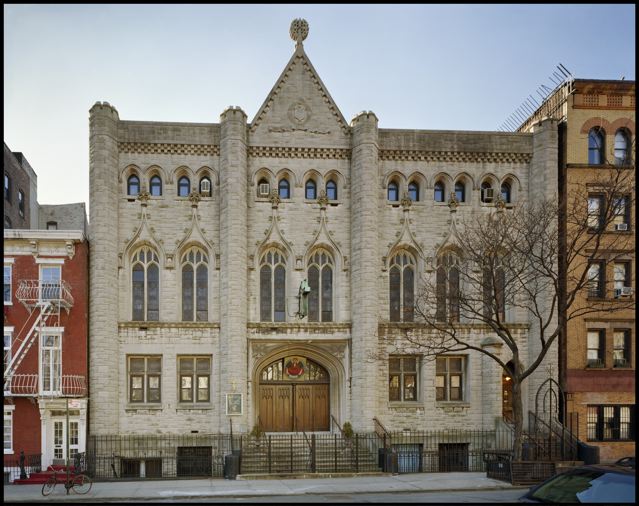 Write the LPC and the Mayor

Built in 1891 as the Mount Olivet Memorial Church, the structure at 59 East 2nd Street was designed by prominent New York architectural firm J.C. Cady and Co. Aside from its architectural distinction the church reflects the ongoing ethnic evolution of immigrant communities of the East Village, having served large German, Italian, Hungarian, and Slavic-speaking congregations.

After Village Preservation was alerted by members of the congregation to a plan to erect an 8-story condo atop the structure, we sought to protect the historic site. In 2008 we helped secure zoning protections for the East Village which made the tower impossible to build, and in 2012 secured landmark designation of the church and surroundings as part of the East Village/Lower East Side Historic District.