Collecting New York’s Stories: Stuyvesant to Sid Vicious features highlights drawn from the hundreds of additions to the Museum of the City of New York’s permanent collection. Explore works by both well-known and emerging artists, including Janette Beckman, Bruce Davidson, Helen Levitt, Ruddy Roye, Richard Sandler, Gail Thacker, James Van Der Zee, Harvey Wang, and many others. These beautiful, eclectic, and poignant images and objects illuminate the compelling and layered identity of New York and its stories.
Greenwich Village, the East Village, and NoHo are featured prominently in this collection – arts, culture, and music originating in the Village will bring to light everything from the downtown Jazz greats of the 1950s to the iconic rockers of the CBGB scene in the 1970s like Blondie, Patti Smith, and Debbie Harry. See photos, too, of the beloved Footlight Records, located at 113 East 12th Street, when it opened in 1978.
Experience all this and more with the guidance of a Museum of the City of New York Curator. 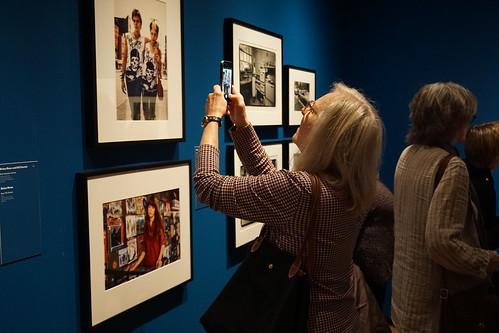