Drag and Trans Art and Life in the Village, 1950s to the future! 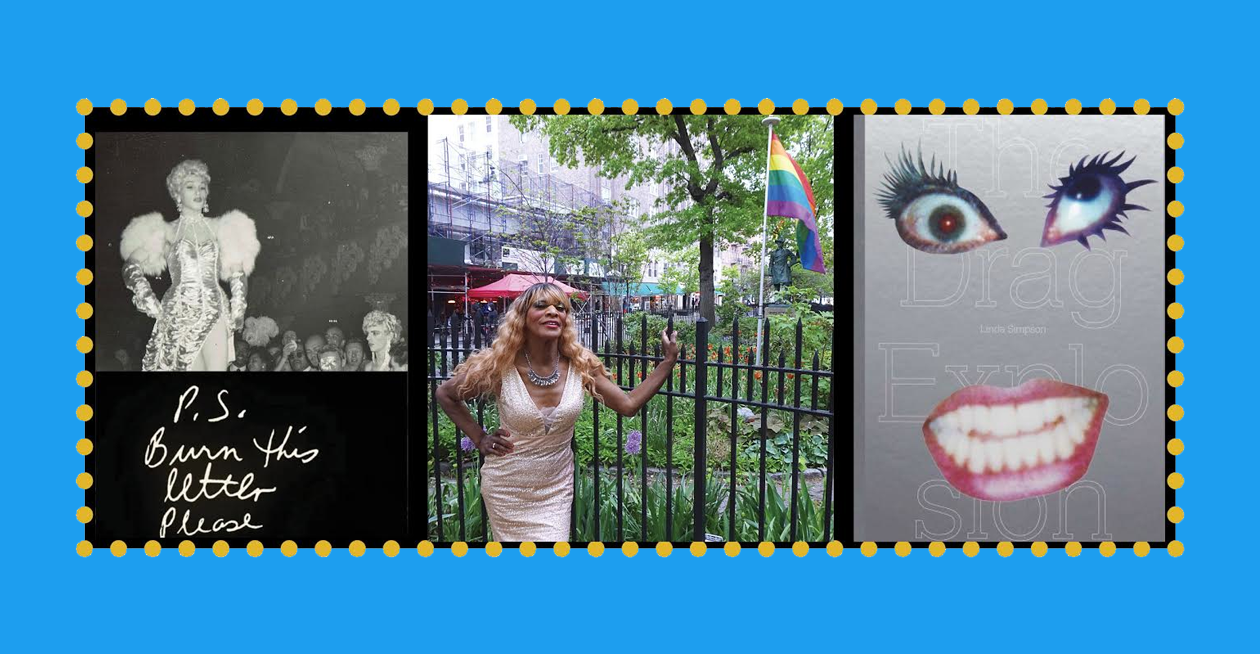 Join this special panel of artists, performers, and historians as we explore drag in Greenwich Village and the East Village through three projects across three eras.

Michael Seligman and Craig Olsen, co-creators of the award-winning documentary “P.S. Burn This Letter, Please” take us into an incredible cache of letters from the 1950s among a group of friends and drag performers.

Miss Simone has been offering free performances and building community at the Stonewall National Monument throughout the pandemic and will speak to her passions and activism.

Drag historian Joe E. Jeffreys will moderate. Learn about some of the unique spaces and personalities the Villages have provided and continue to provide for drag, and join our conversation about its history and future.

Michael Seligman has explored drag from two sides of history. One side is showcased in a daring and defiant criminal act in the pre-Stonewall era, as showcased in his award-winning documentary P.S. Burn This Letter Please, along with his hit podcast Mob Queens. The second is Emmy-award-winning RuPaul’s Drag Race, on which Michael is a senior producer.

Craig Olsen is an entrepreneur in art, production, and interior design. A graduate from Cornish College of the Arts with a BFA in Theatre, Craig can be seen on film as well as numerous network and cable television series, most notably in drag and transgender roles, and working in podcasts, theater, and Board leadership at Barak Ballet and the Edward F. Limato Foundation. After discovering a cache of personal letters by prominent drag performers in 1950s New York City, Mr. Olsen embarked on a 6-year journey to preserve and illuminate the courage of those that have set the stage for the current success of the LGBTQ+ community. Craig is directing his future focus toward preserving gay history through philanthropy and educational outreach.

Since the late 1980s, Linda Simpson has been a multi-faceted drag queen, nightlife promoter, journalist, playwright, actress, and game-show hostess. Her vivid photos of NYC’s drag subculture in the 1980s and ‘90s are featured in her new book, The Drag Explosion, which is based on her acclaimed slideshow of the same name.

Miss Simone, the legend of Stonewall Park, is gorgeously beautiful, expressing life with creativity. Miss Simone is a visionary, and during the COVID pandemic has continued to bring drag to the West Village.

Joe E. Jeffreys is a drag historian. He teaches theater studies at New York University and The New School. He has widely published, spoken, and been quoted about drag in media outlets from Time to Entertainment Tonight. His drag happy video work can be seen at https://vimeo.com/joejeffreys.