In 1969, Greenwich Village preservationists, activists, and neighbors celebrated the victory of the designation of the Greenwich Village Historic District. This year marks the 50th anniversary of the designation, and we’re marking this golden anniversary with programs throughout the year addressing the district’s history, preservation, architecture, culture, and much more.

We begin this year of programming with a multimedia panel, telling the story of how the district was won. What were the Village preservation efforts that directly led to the designation? Originally, the city had proposed a dozen little districts but came to do the “one big one” – how did that come to be? Why wasn’t the district extended all the way west to the Hudson River, as Jane Jacobs wanted?
Panelists include:
* Andrew Berman, Executive Director of Village Preservation
* Susan De Vries, Preservation Historian
* Professor Francis Morrone, Architectural Historian
* Professor Mosette Broderick, Director of Urban Design and Architecture Studies and Historical and Sustainable Architecture Programs at New York University

Church of Saint John’s in the Village, 224 Waverly Place 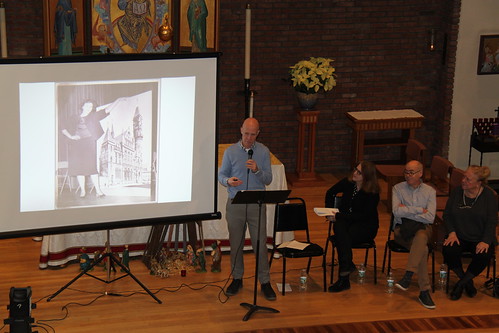