Immigration in Greenwich Village, 100 Years Since the Emergency Quota Act 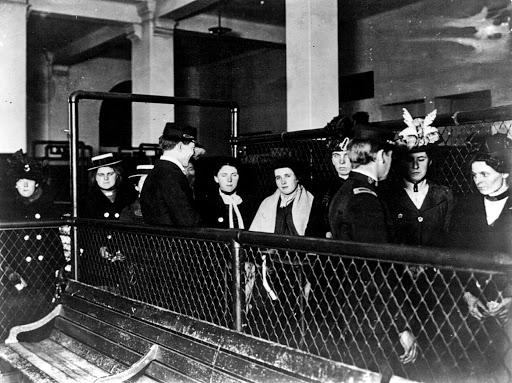 Early echoes of today’s debates around who should be allowed to enter the United States can be heard in the Emergency Quota Act of 1921, a century-old piece of legislation that established the nation’s first quota system and drastically reduced the number of immigrants legally allowed to enter the United States. Perhaps no city was more affected than New York, where the flow of immigrants slowed to a trickle (replaced in part by migrants from the South and Puerto Rico), until the act was finally reformed in 1965. Since then, New York has again become a center for international immigration, and immigrant New Yorkers have profoundly shaped our neighborhoods. In this Jane’s Walk led by historian and tour guide Lucie Levine, we will look back at the immigrant history of Greenwich Village, celebrating the myriad communities that have called our neighborhood home, and considering how those communities, and the legislation that affected their access to this country, shaped the social and architectural history of Greenwich Village.

Lucie Levine is a writer, historian and NYC tour guide. She founded the historical company Archive on Parade, and has collaborated with The Gotham Center for New York City History, The Municipal Art Society, The Historic Districts Council, The New York Public Library, The 92nd Street Y, Village Preservation, and Landmarks West! on tours, lectures and events. She is also the Public Programs Consultant at FRIENDS of the Upper East Side Historic Districts, and Contributing History Writer at 6sqft.

This event is part of New York City’s Jane’s Walk!