Live from Berlin: Club 57’s Performance, Art, Community, and Magic on the Lower East Side 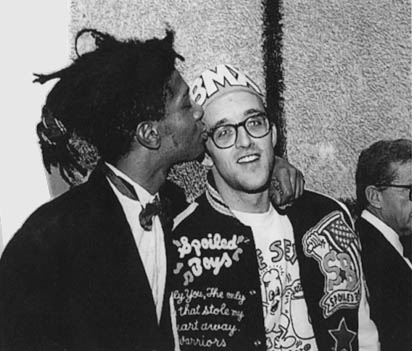 Club 57 was known for supporting all disciplines in the arts with a do-it-yourself, spontaneous spirit. Club 57 was located in the basement of a Polish Church at 57 St. Marks Place from 1978 to 1983. What began as a no-budget venue for music and film exhibitions quickly took its place in a constellation of countercultural venues in the neighborhood experimenting with new modes of art, performance, fashion, music, and exhibition. Susan Hannaford, one of the Club’s co-organizers and director of The Club 57 Artists Fund, will join us from Berlin for a special illustrated talk. The Club 57 Artists Fund carries forth the legacy of the Club’s founder and creator, Stanley Strychacki’s passion for supporting unknown artists, while also preserving the legacy and archives of the original club.

Susan Hannaford attended SVA Film School, where she met and teamed with creative partner Tom Scully. In 1978 she created and directed an underground Off-Broadway award-winning show called “New Wave Vaudeville” at a rented theatre space on Irving Place, where she met Stanley Stuychacki and got involved with Club 57. She also created Beulah Land, a gallery/cocktail lounge on Ave. A and East 10th Street, which showed hundreds of artists starting with Keith Haring. Susan lives and works in Berlin, and is dedicated to telling the stories of the history she witnessed.

This event is part of LES History Month!