Three Homosexuals in Search of a Drink 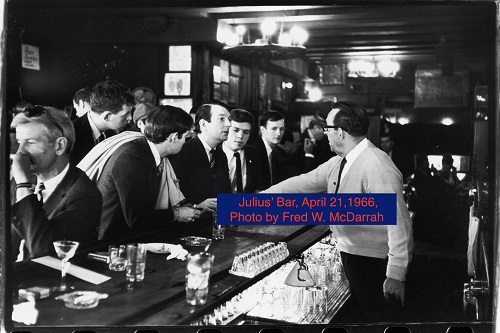 Three Homosexuals in Search of a Drink

Fifty years ago a person could be refused service in a bar simply for being gay, and his or her mere presence there could result in the bar’s closure by the State Liquor Authority. On April 21, 1966, Dick Leitsch and other members of the Mattachine Society, an early LGBT rights organization, staged the now famous Sip-In at Julius’ bar in the Village to challenge this “legal” discrimination. After they announced to the bartender that they were homosexuals and wished to be served, they were refused service. The event generated publicity and was one of the earliest acts of organized LGBT civil disobedience in New York City. Scholars of LGBT history consider the Sip-In at Julius’ as a key event leading to the growth of legitimate LGBT bars and the development of the bar as the central social space for urban LGBT New Yorkers.

Join host Tom Bernardin at this 50th anniversary event that will also honor special guest Dick Leitsch. A panel discussion with Andrew Dolkart, Ken Lustbader, and Jay Shockley of the NYC LGBT Historic Sites Project will cover the history of the Sip-In, their recent efforts to have the site nominated to the National Register of Historic Places and the historical significance of LGBT Greenwich Village.

Special offer: Own a Piece of History!!

Click here to order your own copy of the Fred McDarrah photo. 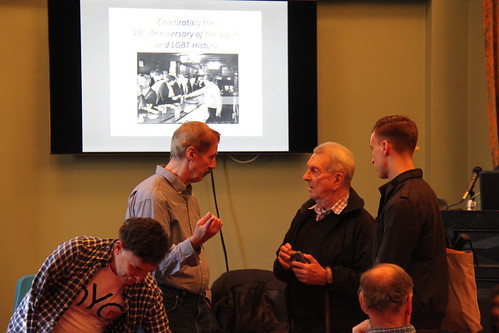