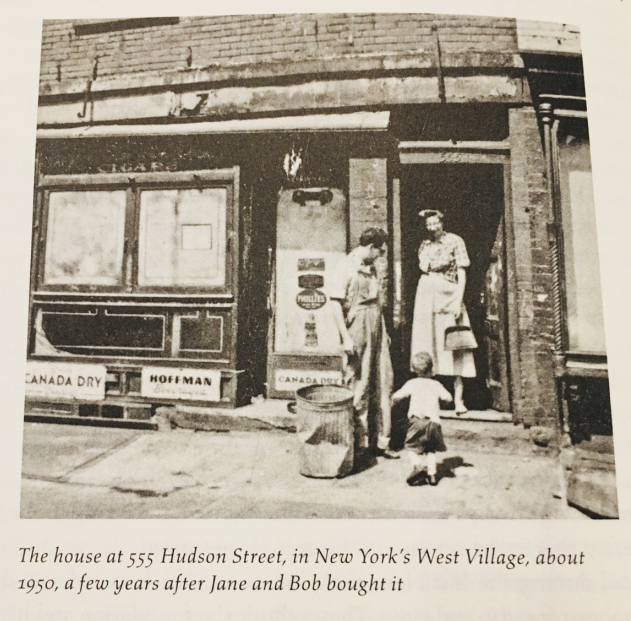 The activist and writer Jane Jacobs was instrumental in protecting and preserving Greenwich Village in the face of post-war “urban renewal.” With her seminal text The Death and Life of Great American Cities, she changed the way we built, planned, and organized cities across the country and world, based upon lessons illustrated and learned in Greenwich Village. Jacobs’ keen observations, deep humanism, and fearless activism set in motion our current love of the metropolis. Join us at her former home on Hudson Street for this special plaque dedication. We will be joined by Village Preservation Executive Director Andrew Berman, scholars Roberta Gratz (a longtime friend of Jacobs’) and Dr. Mindy Thompson Fullilove, and Susan Spehar, the current owner of 555 Hudson.

Marisa Tomei is an Academy Award-winning actor, born and raised in New York City. She has appeared in numerous plays and films, from off-broadway to Hollywood. She gave voice to the writings of Jane Jacob’s in the documentary Citizen Jane: Battle For the City.

Roberta Gratz is an award-winning journalist and author of several books about urban development, including The Battle For Gotham: New York in the Shadow of Jane Jacobs. She co-founded the Center For the Living City with Jane.

Mindy Thompson Fullilove, MD, LFAPA, Hon AIA, is a social psychiatrist and professor of urban policy and health at The New School. Since 1986, she has conducted research on AIDS and other epidemics of poor communities, with a special interest in the relationship between the collapse of communities and decline in health. From her research, she has published numerous articles, book chapters, and monographs.

Co-hosted by Center for the Living City, Jane’s Walk, and the Historic Districts Council.