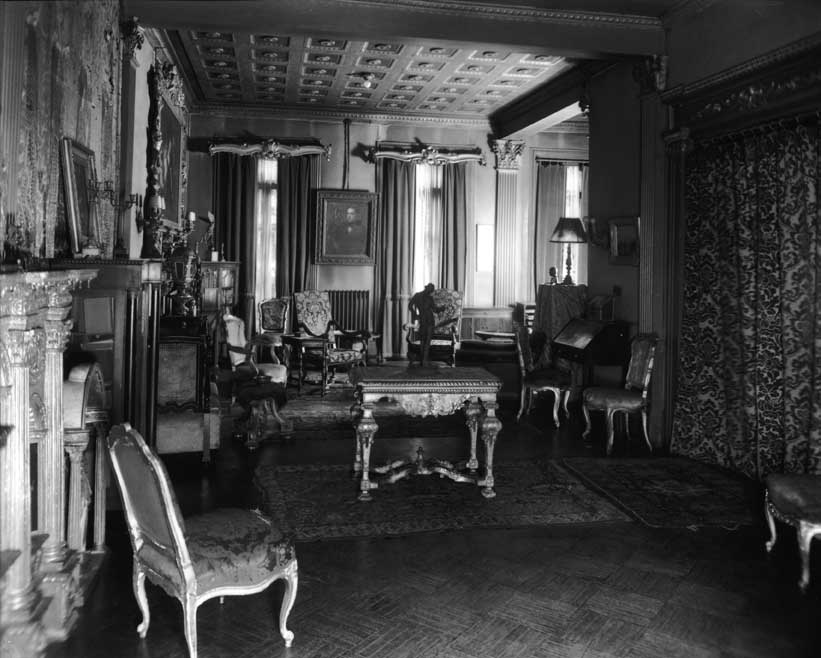 This photo was taken while muralist William de Leftwich Dodge (1867-1935) was living at 52 West 9th Street. According to the Smithsonian American Art Museum, he was “one of the most prominent muralists of the era,” and is particularly well known for his work decorating the dome of the central building at the World’s Fair Colombian Exposition in Chicago. While living here, Dodge raised the roof for his studio, added the atelier windows with the balcony, and attached the two medallions.