Bogardus Building on northwest corner of Washington and Murray Streets, being prepared for demolition to make way for Washington Market Urban Renewal 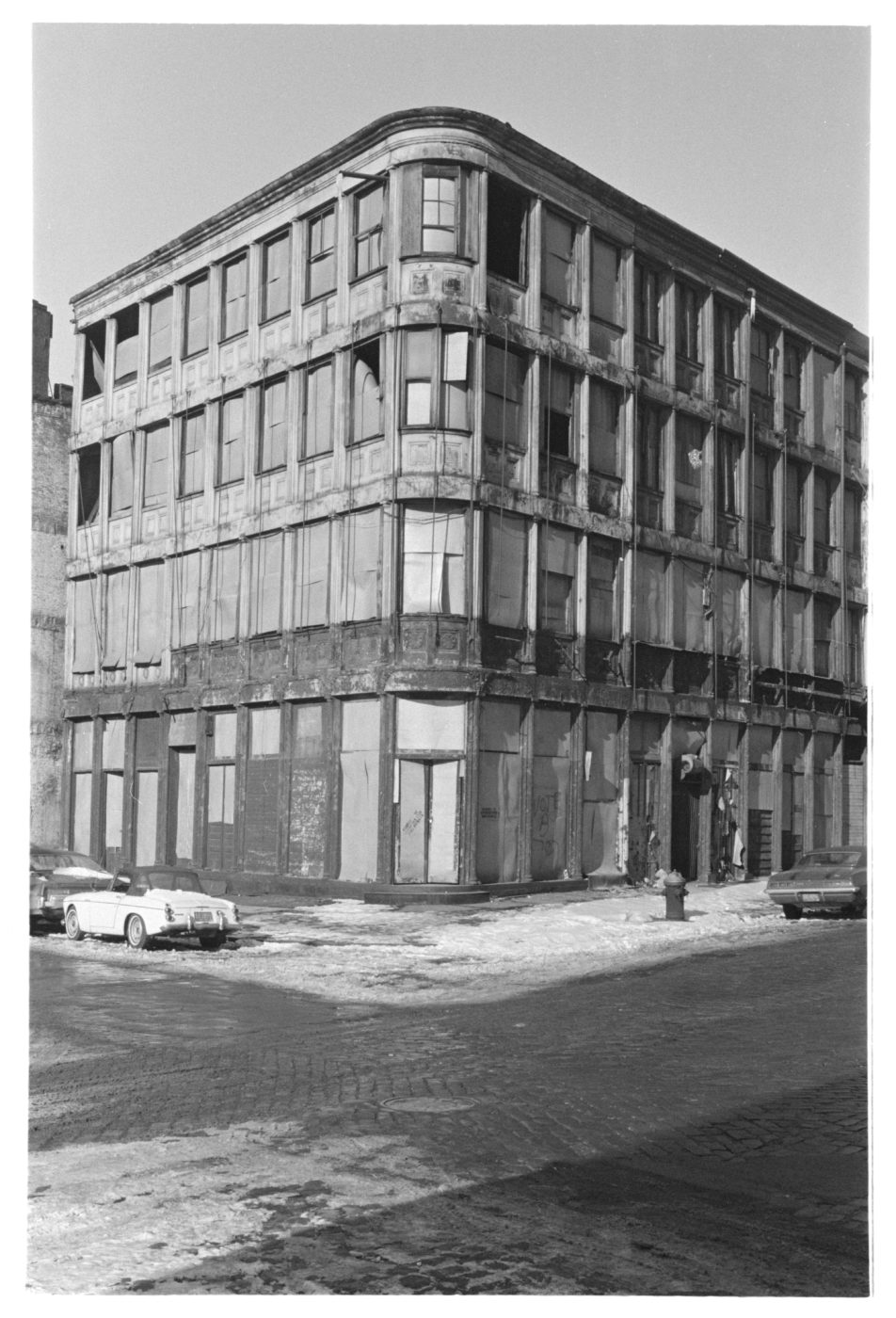 Bogardus Building on northwest corner of Washington and Murray Streets, being prepared for demolition to make way for Washington Market Urban Renewal

As documented by the Historic Districts Council: “The Laing Stores (1848-49), also known as the Bogardus Building, was initially located at the northwest corner of Washington and Murray Streets, an intersection that no longer exists due to urban renewal projects in the 1960s. In 1967, the area was surveyed by the LPC to determine potential landmarks before the demolition of blocks in what is now Tribeca. The LPC recommended that the façade of the Bogardus Building, the city’s oldest cast-iron structure, be dismantled and salvaged for use on a new building at Manhattan Borough Community College (which would occupy part of the urban renewal site). In 1971, the parts were catalogued and stored, but in 1974, some of them were famously stolen and sold to a Bronx junkyard. The LPC then moved the remaining parts to a secret location in a city-owned building, but when architects went to retrieve them in 1977, they had again been stolen. This shocking sequence of events is an often-told story in New York City architecture and preservation lore. Despite the lack of a connection to the South Street Seaport, an homage to the Bogardus Building was designed by Beyer Blinder Belle as part of the historic reinterpretation and revitalization of the Seaport in the 1980s. The new Bogardus Building reinterprets the original façade with its curved corner, ground-level canopy, columns and cornice, but the ensemble was executed with a modern twist: its outer walls are made of aluminum rather than cast iron.”