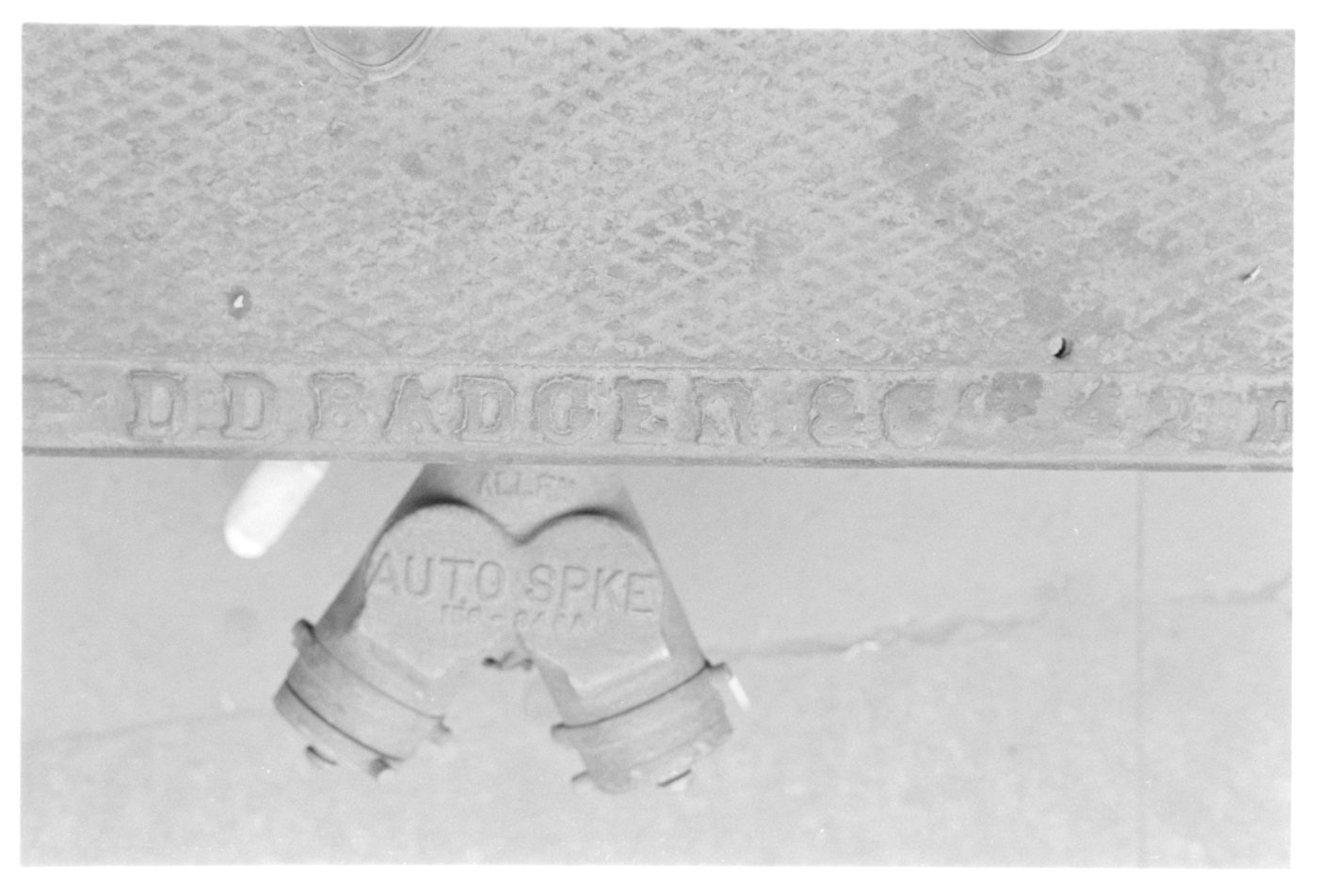 The label “D. D. Badger & Co.” likely refers to founder Daniel D. Badger, who operated Badger’s Architectural Iron Works. According to the SoHo-Cast Iron Historic District designation report, Daniel Badger, along with architect James Bogardus, “developed some of the most inventive uses of cast iron and also popularized it as an architectural and structural medium.” In 1842, Badger constructed a store building with cast-iron columns and lintels on the first floor, which he claimed to be the first iron storefront (Bogardus also published claims to the first iron building). Badger then moved to New York in 1846, and set up a foundry for the manufacture of iron shutters, which later moved to the East Village block between East 13th Street, East 14th Street, Avenue B, and Avenue C. In New York, his first major commission was the fabrication of the cast-iron storefronts of A.T. Stewart’s Broadway store. Badger’s Architectural Iron Works proceeded to increase rapidly and spread across the country and world, and for many years George H. Johnson was Badger’s chief architect. Much of the ironwork attributed to the firm, within the SoHo-Cast Iron Historic District, dates to the 1850s and 1860s.