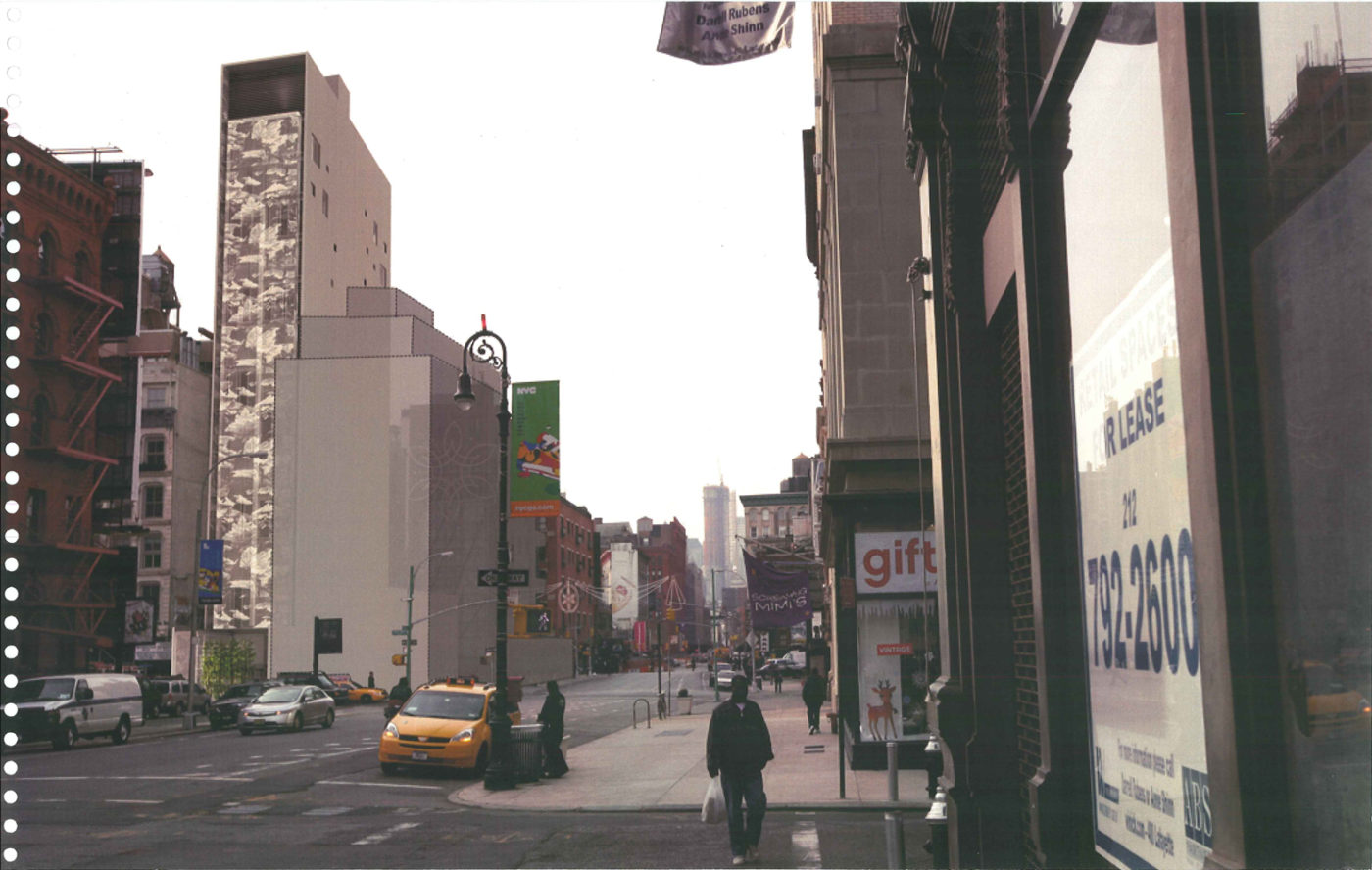 A construction site with a partially constructed building. Application is to revise the design of the skin of the building, not yet completed.

This application is closed.  Application approved on March 16, 2010.

08/02/2016: A request for a change to the certificate of appropriateness was heard at the LPC to install artwork and lighting (application available in PDF, click HERE).  Application was approved.
A public hearing for this application was held at the Landmarks Preservation Commission on January 19th, 2010. No action was taken on that day, and the Commission asked the applicant to make revisions and return at a later date.

On March 16th, 2010, the applicant returned to the Commission with a revised proposal, and the application was approved.

Background: This new hotel building was approved as-of-right and partially constructed before the NoHo Historic District Extension was designated. Post-designation, after the shell of the building was constructed (see the photo of existing conditions below), the developer brought on architect Henry Smith-Miller to design the facade in compliance with the Landmarks Preservation Commission’s standards.

The proposal was to clad the north and south facades with a decorative, stainless steel scrim (see the first photo below for the floral pattern in varying shades of warm grey). The east and west facades would have punched windows randomly placed throughout.

Great Jones Street (north) side:
Upon entering the property on this side, one would encounter an outdoor courtyard before reaching the main door. The architect proposed to plant bamboo trees along the streetwall to provide privacy for the courtyard.

Bond Street (south) side:
On the Bond Street side, the building entrance would be set back slightly. At the streetwall, the architect proposed to build a gate composed of undulating, unevenly-spaced, painted maple wood slats. Behind the gate would be a small courtyard with trees. There would be a door hidden within the gate (its curved edge would align with the curvature of the gate, so it would fit like a puzzle piece when closed). The hotel’s emergency egress would be on the Bond Street side.

At the initial public hearing on January 19, 2010, the Commission was supportive of most of the proposal, but asked the architect to reconsider the bamboo on the Great Jones Street side. A few of the Commissioners thought the gate on the Bond St side also did not work, but there was no consensus on that.

When the proposal was brought back to the Commission on March 16th, 2010, the overall design had not changed significantly. The graphic design was omitted from the wood fins on Bond Street, and randomly sized lot line windows had been introduced. The stair bulkhead was proposed to be clad in steel mesh, and a low concrete planter had been added for the bamboo. This revised proposal was approved. 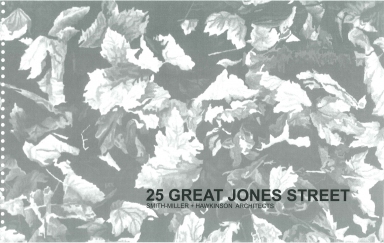 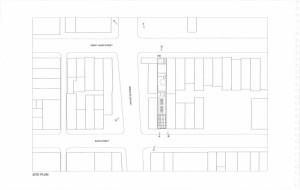 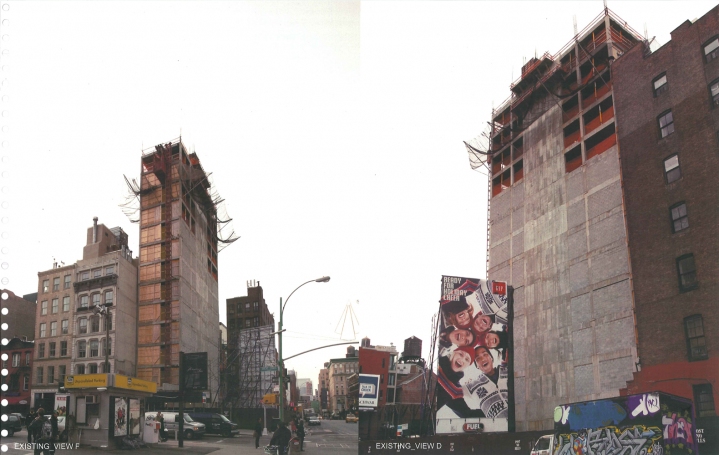 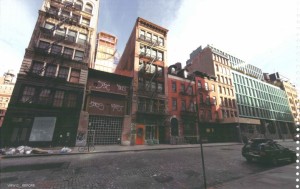 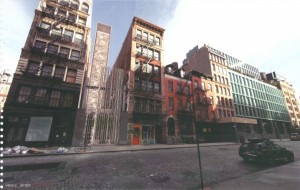 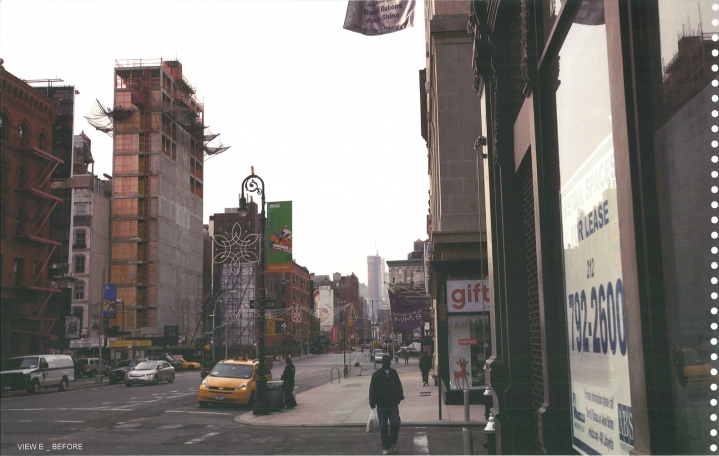 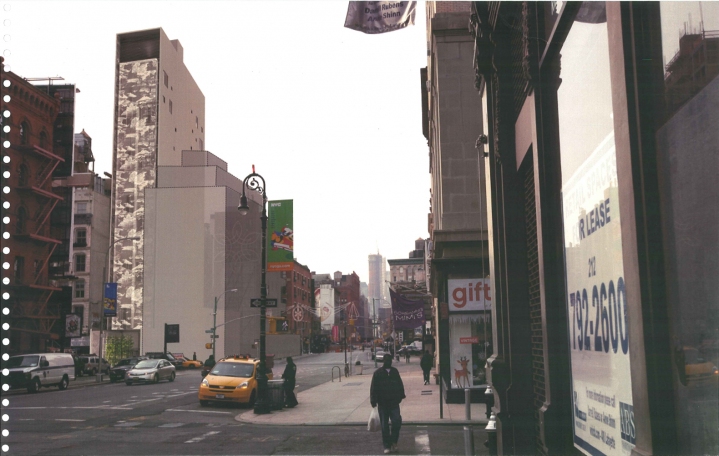 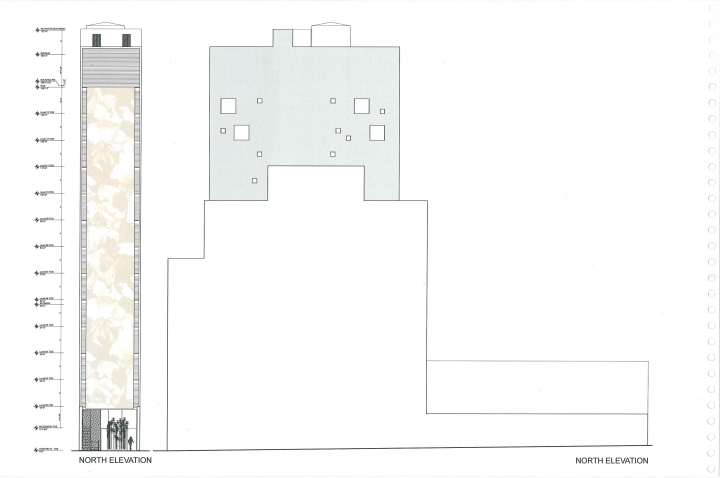 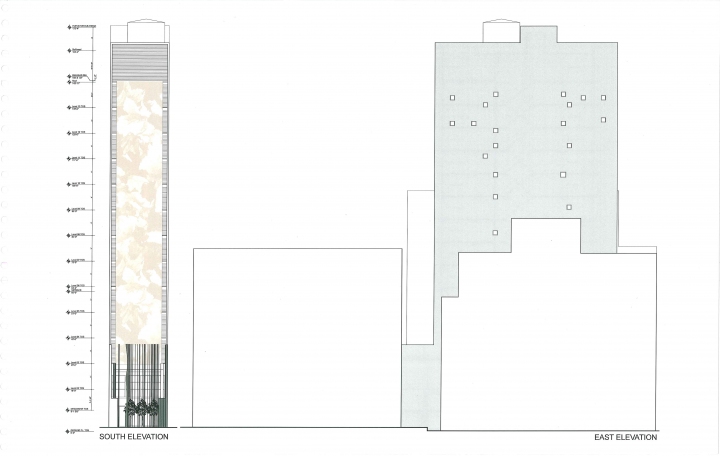 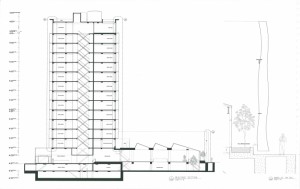 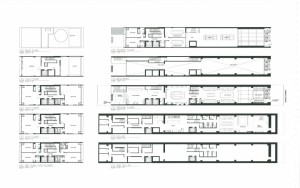 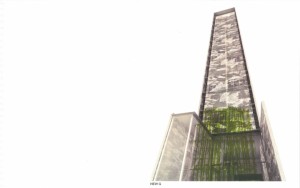 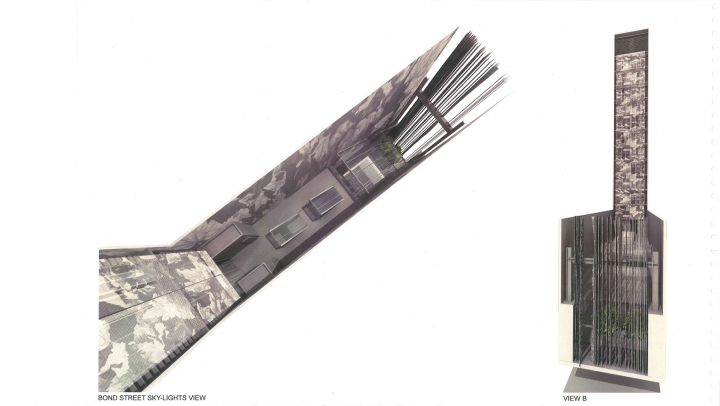 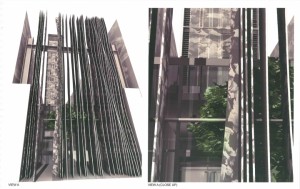